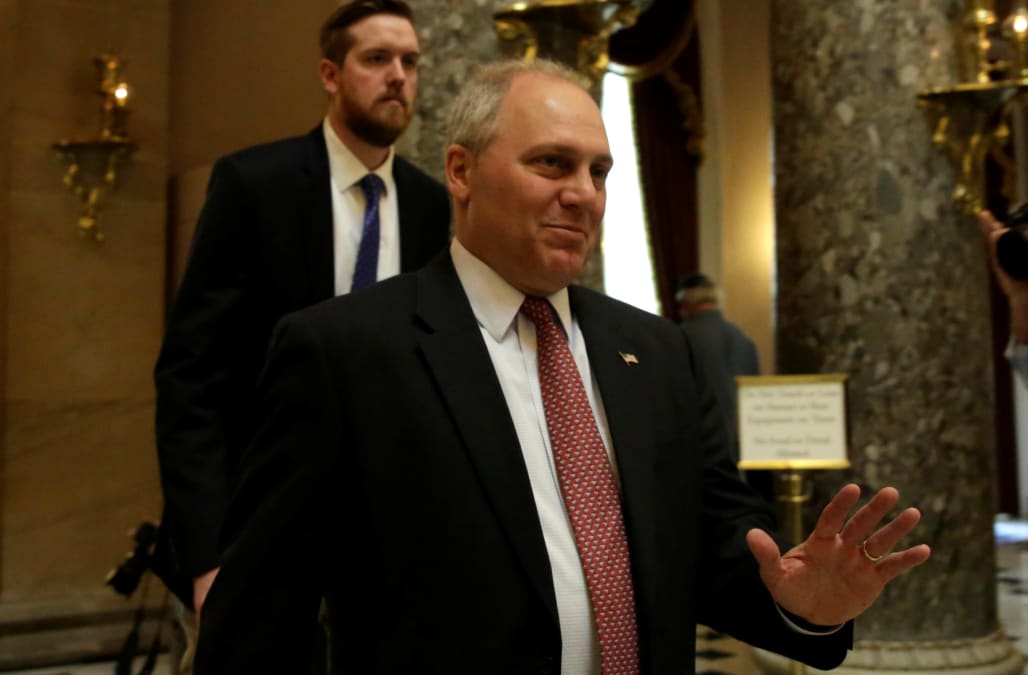 Scalise, the No. 3 Republican leader in the U.S. House of Representatives, had been improving in recent weeks following surgeries to repair internal organs and broken bones.

The hospital, which downgraded his condition to "serious" from "fair," said it would provide another update on Thursday.

A gunman opened fire on Scalise and other Republican lawmakers as they practiced on June 14 in a Washington, D.C., suburb for a charity baseball game. Scalise, from Louisiana, was shot in the hip.

Gunman James Hodgkinson, 66, had a history of posting angry messages against Republican President Donald Trump. He died after being wounded by police at the Alexandria, Virginia, ballpark.