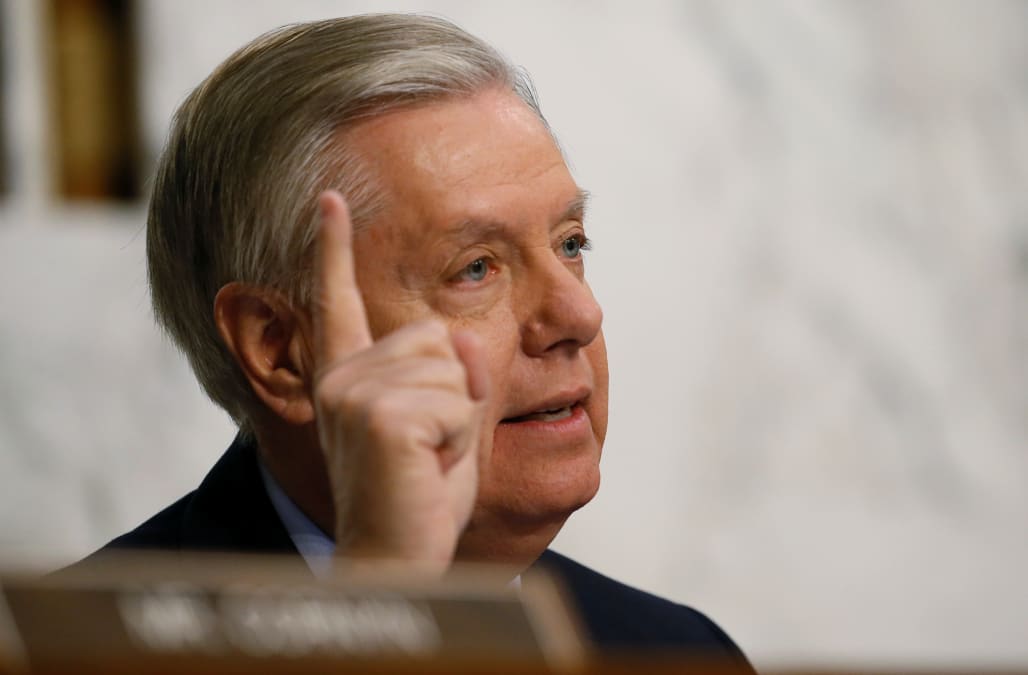 To get you up to speed, here are the Trump tweets on which many are sounding off:

Click through to see the varied hot takes that emerged in the wake of Trump's personal attack:

From GOP Sen. Lindsey Graham to CNN contributor Ana Navarro, public figures from the private and public sector took the opportunity to weigh in on President Trump's going after the MSNBC host.

"Mr. President, your tweet was beneath the office and represents what is wrong with American politics, not the greatness of America," Sen. Graham wrote via Twitter.

Mr. President, your tweet was beneath the office and represents what is wrong with American politics, not the greatness of America.

Republican Speaker of the House Paul Ryan responded when asked about Trump's statement on Thursday, saying, "Obviously, I don't see that as an appropriate comment."

Paul Ryan on Trump's morning tweets: "Obviously, I don't see that as an appropriate comment." "pic.twitter.com/9MvsyxZPzJ

Conservative pundit Laura Ingraham also weighed in via Twitter, saying the president should exercise "message discipline" in focusing communications efforts on immigration legislation before the House of Representatives today.

MESSAGE DISCIPLINE! Today ALL comms coming out of WH shd be focused on #KatesLaw and #NoSanctuaryforCriminalsAct -- not cable TV hosts.

And then Sen. Orrin Hatch chimed in with a seemingly sympathetic response to Trump's tweet, saying "every once in awhile you get a dipsy-doodle!"

Sen. @OrrinHatch not a fan of today's POTUS missives but ok w/ tweeting habit overall: "Every once in awhile you get a dipsy-doodle!"

While Republicans were more tempered in their responses to the Twitter rhetoric, Democratic lawmakers were less-so tempered in speaking out on the tweets.

Rep. Barbara Lee of California fired off multiple tweets in response to Trump's Mika-aimed tweets -- saying her GOP colleagues are "complicit in the sexism & bigotry incited by Trump" if they do not speak out.

When leaders are bullies, it’s an implicit license to others – sexual harassers, white supremacists, islamophobes – to spread their hate.

It’s up to everyone to reject this behavior. By not speaking out, my GOP colleagues are complicit in the sexism & bigotry incited by Trump.

More from AOL.com:
President Trump was reportedly an 'anonymous source' for the National Enquirer
Poll: More Americans believe Comey over Trump
Trump defends his floating the idea of Comey tapes