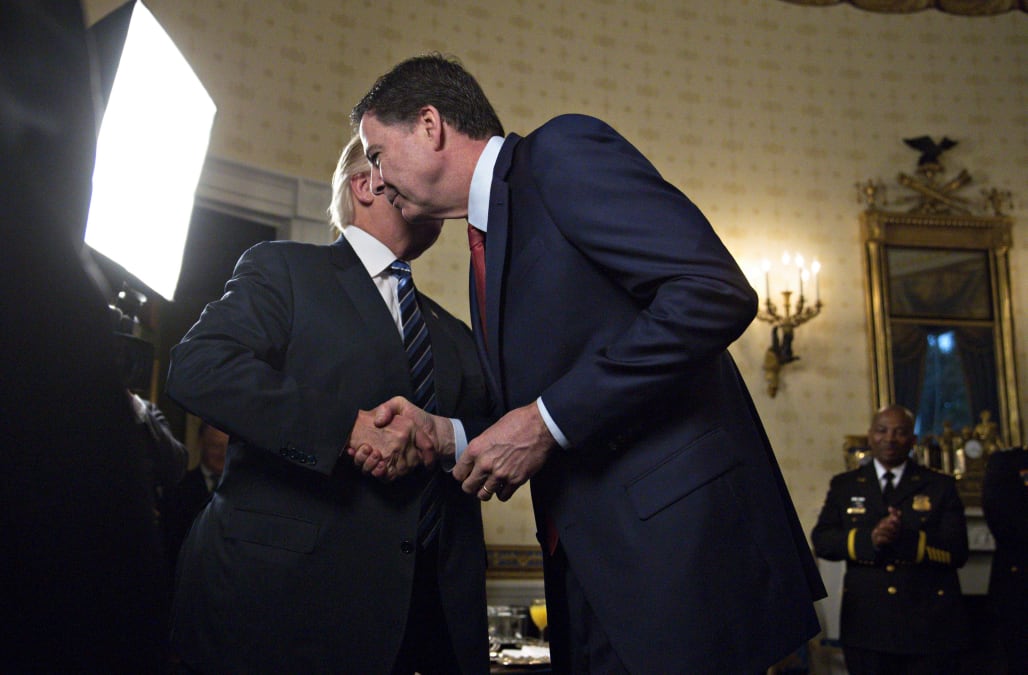 During his testimony before the Senate Intelligence Committee on Thursday, former FBI Director James Comey revealed the words President Donald Trump whispered in his ear as they shook hands one day after Trump's inauguration.

"What the President whispered in my ear was, 'I really look forward to working with you,'" Comey said.

The interaction became infamous recently following reports that Comey was uncomfortable attending the ceremony held in the White House's Blue Room that day.

Comey's friend Benjamin Wittes told The New York Times that Comey was hesitant to appear to have an overly friendly relationship with Trump.

He ultimately attended because he felt that he needed to represent the FBI at the ceremony, but he told his friend that he tried to blend into the curtains in the room to escape Trump's attention.

"He thought he had gotten through and not been noticed or singled out and that he was going to get away without an individual interaction," Wittes told the Times.

Since Comey is 6 feet 8 inches tall, it was difficult for him to avoid being spotted by Trump. According to Wittes, Trump then tried to embrace Comey.

"Comey said that as he was walking across the room he was determined that there wasn't going to be a hug ... It was bad enough there was going to be a handshake," Wittes said. "And Comey has long arms so Comey said he preemptively reached out for a handshake and grabbed the president's hand. But Trump pulled him into an embrace and Comey didn't reciprocate. If you look at the video it's one person shaking hands and another hugging."