15 New Orleans restaurants you must eat at before you die 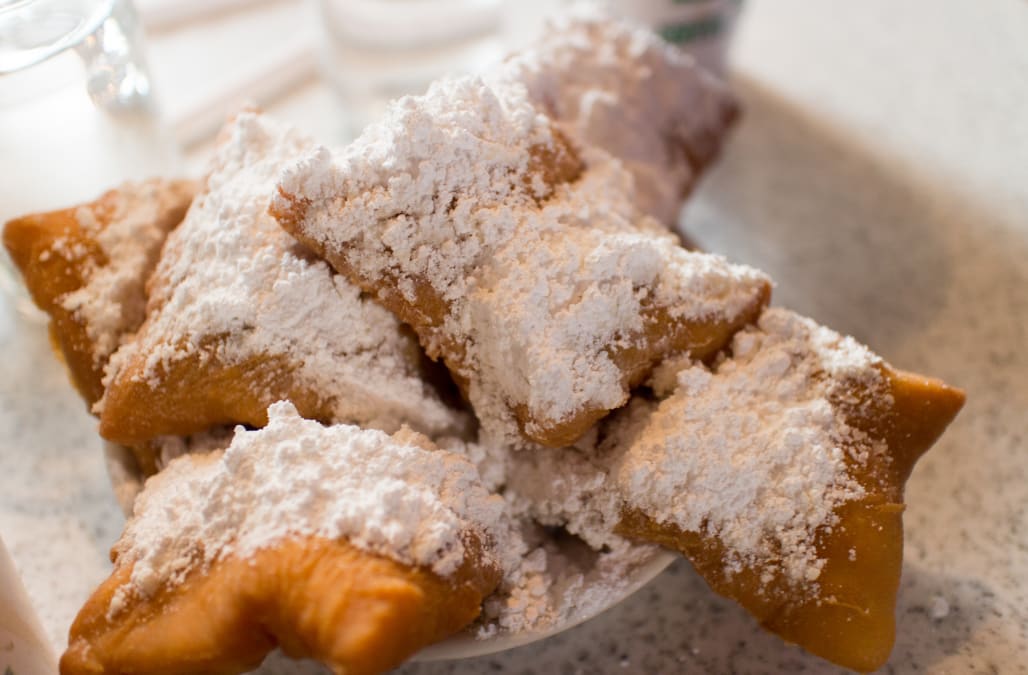 NOLA, the Big Easy, N'awlins: Whatever you call it, there's no doubt that New Orleans is the ultimate destination for all things food, history and culture.

If you've ever had the chance to visit this eclectic spot, then you know exactly what we're talking about.

However, if you haven't been to this magical city, think of it as a melting pot of cultures, each with their own unique music, religion, art and architecture. According to The Data Center, nearly 1.3 million people live in "metro New Orleans". Consequently, it's a mosaic of mixed ethnicities -- and thus, different foods, too!

From Jambalaya to hot dogs, fresh seafood and turtle soup, Creole and authentic French-American cuisine ... New Orleans will make your taste buds dance. It's the perfect destination for the ultimate foodie.

The restaurants we're obsessed with:

Fresh fish served daily. Their motto is "Nature writes the menu" -- so expect the unexpected.

Though pricey, this charming NOLA establishment is a must-visit for any kind of foodie. Serving their expert take on American-French foods, Gautreau's is most definitely a place to hit.

According to their website, the restaurant is considered "the longest running and most Gallic French Restaurant in New Orleans." However, the aesthetic of the establishment isn't old at all -- instead, Cafe Degas is praised for being a "whimsical" and "fun" restaurant.

There is a tree that grows in the middle of the dining room, giving guests the illusion they're dining in a treehouse.

Modern creole cuisine is served up in an 1800s NOLA townhouse. "My goal for the Upperline is to be a haven for our guests, restoring their serenity after the daily hassles of the world with great Louisiana food, serious wine, and Creole hospitality," said one of their founders.

A relatively new restaurant, Lüke offers a Franco-German cuisine. The brasserie has been hailed as a go-to for locals and food connoisseurs alike.

The answer is no. This historic establishment has been serving up the best darn beignets you've ever had -- they've been a thing since opening their first stand in 1862. These French-style treats (think fluffier fried dough) are doused in sugar and chased with a sip of Cafe Au Lait.

Pro tip: Dip the beignets into coffee. You won't regret it. And it's cash only!

This quirky, colorful restaurant is known for its fried chicken and outside decor -- including a truck-side table!

Initially known for their incredible brunch, back in 1946, Brennan's is a NOLA institution. SInce undergoing a massive renovation a few years back, the restaurant continues to offer one of the classier New Orleans experiences, including manners classes!

Plus, they INVENTED the banana foster, so skipping on that would be a big mistake. Huge.

A local NOLA hot-dog stop that has amassed quite a following. Unfortunately, it's closing at the end of July -- so get those dogs in quick!

You might wait in line for hours, they might yell at you (we have first-hand experience) and you never know who you're going to meet -- but this hole-in-the-wall breakfast/dinner establishment is calling your name.

A go-to in the historic Garden District, this spot has been serving New Orleans locals since 1893. Make sure you go on a weekend for its renowned jazz brunch.

Since 1918, Arnaud's has been delighting guests with the best of the best Creole food that the French Quarter has to offer. The establishment has been kept in the family, run by the fourth generation of owners.

Located in the heart of the French Quarter, this establishment is known for its wild history. According to the restaurant's website, the 200-year-old landmark offered refuge to Napoleon in 1821.

A family took over the residence in 1914, and it switched owners in 2015, but it continues today as a landmark bar.

There's always something going on in the city year 'round -- like Jazzfest, Mardi Gras and Tales of Cocktails -- but even a random weekend trip to New Orleans isn't a bad idea. Plus, it doesn't hurt that the city is known for its mild seasons (excuse the summer heat and Southern rainstorms) -- so tourists are good to go no matter what month they visit!

So when it comes to planning your next visit down south, make sure to check out these hotspot restaurants above!

Related: Best restaurants in the world

More from AOL.com:
This is the one ingredient Ina Garten refuses to buy at the store
The 8 worst things you can do at Starbucks, according to a barista
Your macaroni and cheese may contain toxic chemicals