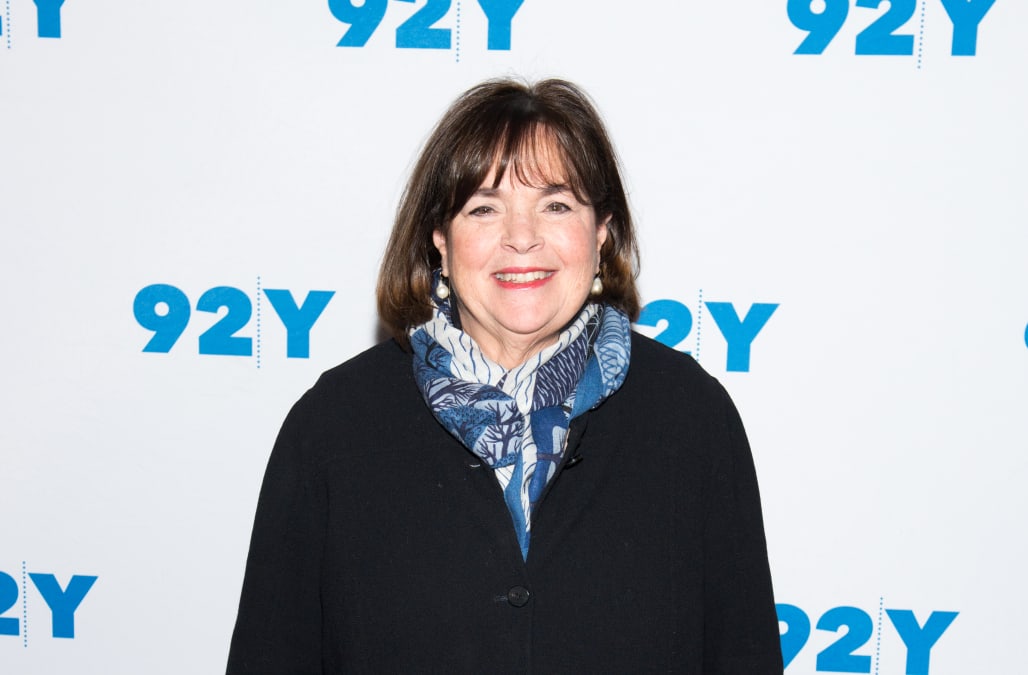 Dedicated disciples of Ina Garten—aka all of us—are all too familiar with the Contessa's set of famed cooking commandments. And while most of us can only aspire to one day having her extensive collection of expensive Le Creuset cookware, a gaggle of friends offering freshly laid eggs and a freezer filled with homemade chicken stock, Garten always knows how to comfort us with her most famous rule of all: "Store-bought is fine."

Well, except when it comes to a certain ingredient.

In a recent interview with Time, Garten revealed the one item that doesn't pass her distinguished benchmark: pre-grated Parmesan cheese.

Related: The Barefoot Contessa throughout the years

True, we secretly might roll our eyes at her insistence on those pricey bottles of Nielsen Massey vanilla, but this is one grocery store staple we can agree with her on. Tubs of pre-grated Parmesan can often include a certain percentage of wood pulp as opposed to, you know, cheese; it can also be trickier finding a brand that actually contains authentic Parmigiano-Reggiano versus a domestic knockoff.

So if you can't fly directly to Modena to claim your own wheel of Reggiano yourself, no, store-bought is definitely not fine. (In all seriousness, a freshly grated wedge of the authentically stamped stuff, purchased from a source you trust, is your best bet.)

Related: You might want to stay away from these cheeses

17 PHOTOS
The Worst Cheeses For Your Health
See Gallery

The Worst Cheeses For Your Health

When eaten in moderation, cheese can be a part of a healthy diet. Many brands are rolling out low-fat and low-sodium versions, but are these alternatives better than the originals? Read on to discover the best and worst types of cheeses for your health.

Cheese is a major source of saturated fat, but some types of cheese are naturally low in fat like Parmesan, grated Romano and part-skim mozzarella. Consumers can also buy low-fat or fat-free varieties of cheese made from reduced-fat or skim milk. Low-fat options of cottage, ricotta, Cheddar, Swiss, Parmesan, Colby, Meunster, provolone, Mexican blend or American exist on the market.

How do the experts weigh in on these low-fat alternatives?

Lower fat versions have a reputation for tasting milder, feeling rubbery in texture and cooking differently than their full-fat counterparts, and one cheese expert has likened the taste of low-fat cheese to that of “an eraser”. In addition, many brands replace fat with fillers to restore cheese’s creamy texture.

Should I buy Full-fat or Low-fat?

You may need to shop around and experiment to find a great tasting, low-fat cheese that fits your needs. Otherwise, stick to your full-fat favorites, but consume them in moderation or use them to accent dishes.

Try to consume high-fat cheese sparingly. Cheeses to watch out for include goat cheese, feta cheese and blue cheese. One ounce of semi-soft goat cheese has 6 grams of saturated fat, which makes up approximately 29% of the daily value.

Salt helps transform liquid milk into cheese and determines the cheese’s taste, texture, food safety and shelf life. Since it is integral to the cheese-making process, cheese must contain some salt.

When you’re shopping for low-sodium cheese, one helpful tip is to choose softer, less-aged cheese, which tends to have less salt.

Varieties like Swiss, Monterey Jack, ricotta, and Port de Salut are naturally low in sodium. There are also lower sodium varieties of Colby-Jack, provolone, Muenster, mozzarella and Cheddar on the market.

According to the National Dairy Council, natural cheeses like Cheddar, Colby, Monterey Jack, mozzarella and Swiss are great sources of calcium for individuals with lactose intolerance because most of the lactose is removed during the cheese-making process when the curds are separated from the whey.

Cheese is High in Calcium

While cheese may be high in saturated fat and sodium, it is also an excellent source of essential nutrients like calcium. In fact, cheese is the second highest source of dietary calcium in the American diet.

If you’re looking to add more calcium in your diet, the National Dairy Council recommends Swiss, Cheddar, ricotta, mozzarella, Monterey Jack, Gouda, queso blanco, Mexican blend and Colby. Half a cup of part-skim ricotta cheese provides 337 mg of calcium, which is about one-third of the daily-recommended calcium intake for adults ages 19 to 50!

Is American cheese bad for you?

Many people turn their noses up at American cheese for being "unhealthy" and "not real cheese". American cheese is technically referred to as a "cheese product" because it contains additives like whey, emulsifiers and preservatives. As far as nutrition, one ounce of processed American cheese has 110 calories (80 of them from fat), 6 grams of saturated fat and 180 mg of sodium and provides 30% of the recommended daily amount of calcium and 10% of the recommended daily amount of vitamin A. American cheese may not be the healthiest choice, but, like other cheese, it can be part of a healthy diet when eaten in small quantities.

Is Cheese Linked to Cancer?

In a new study, scientists from the Kaiser Permanente research center in California looked at questionnaires filled out by women with breast cancer. The questionnaires covered diet and the most commonly consumed dairy products included cheese, ice cream, yogurt, lattes and hot chocolate. According to the Daily Mail, those women who ate even one portion of one of these popular dairy products a day were 50 percent more likely to die from breast cancer within 12 years.

Do Americans Eat Too Much Cheese?

According to SFGate, the average person in the U.S. eats 30 pounds of cheese each year, three times more than the average person ate 40 years ago. They report, "a variety of health problems are also on the rise, and studies have linked multiple diseases with the consumption of cheese." Heart attacks, caused by the fatty nature of cheese, are one of these frightening health risks.

According to the American Mosquito Control Foundation, Limburger cheese has been found to attract mosquitos, so always avoid consuming this cheese before a camp out or hike.

A study in the journal General Dentistry reports that consuming cheese and other dairy products may prevent dental cavities. Eating cheese raised the mouth's pH levels, which lowers the chance of developing cavities. Cheese also sticks to tooth enamel for further protection from acid.

More from Tasting Table:
6 Uncommon Italian Dishes Everyone Should Know
Sous-Vide Ribs Challenge Everything We Thought We Knew About BBQ
A 3-Ingredient Dry Rub You Should Use on Everything