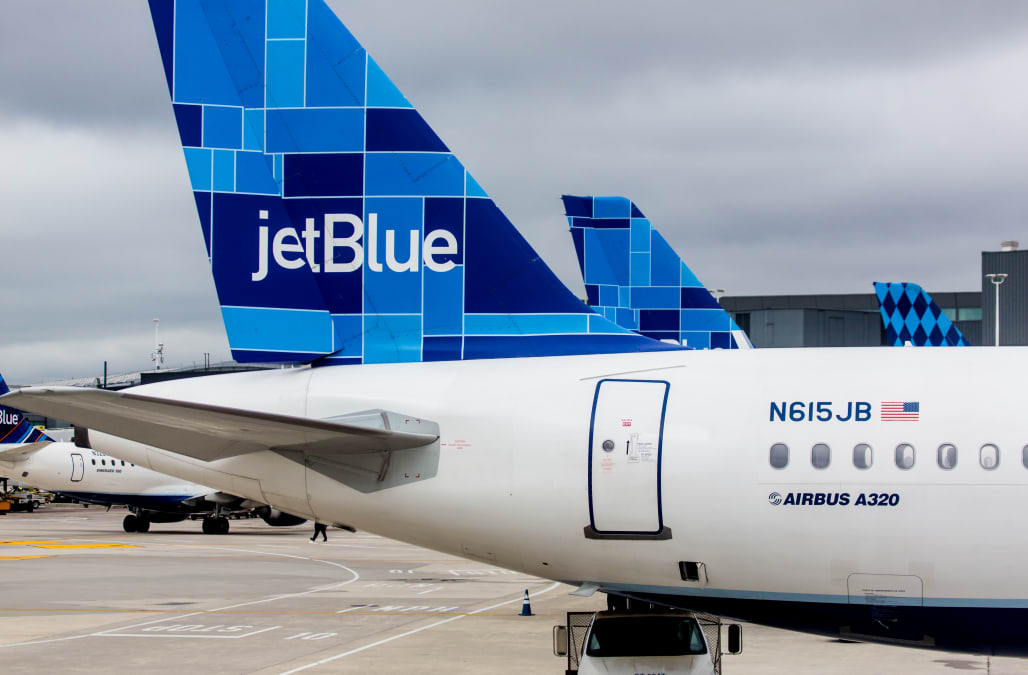 It's no secret that flying these days has become more stressful than it's been in the past.

With a new scandal seemingly cropping up weekly, on top of new and stricter government regulations on air travel, purchasing a ticket for a flight can feel like somewhat of a gamble.

But with everything that seems to be going wrong with the airline industry, there seems to be one airline that seems to consistently please customers by creating a completely unique and comfortable experience — and that airline is JetBlue.

From rolling out in-flight ice-cream pints for Mint customers, to surprising passengers on one flight with an in-flight cocktail class featuring celebrity mixologists, JetBlue continues to give customers and unparalleled experience 30,000 feet up — which is perhaps why the company has amassed almost a cult-like following.

Take the company's "Little Tickets" initiative which rolled out this July, a campaign which put kids in charge of planning a vacation for their families at rates that the kids themselves could afford because let's face it — Most parents are too busy to plan a vacation, let alone take enough time off to make it a possibility. For two days, customers were allowed to use promo code which unlocked rates and 'Little Tickets' inspired vacation packages.

Watch the adorable video from the Little Tickets store below:

Aside from offering sweet in-flight perks like booze and dessert, and of course encouraging families to spend more time together at an affordable rate, the airline's success doesn't just stem from there.

We had a chance to chat with Philip Stewart, Manager of Corporate Communications at JetBlue about what makes the airline as reputable as it is today.

AOL: What specific perks or aspects of the airline do you think are responsible for JetBlue's almost cult-like following? How has JetBlue been able to maintain such loyal customers over the years?

Philip Stewart: "(JetBlue) has always tried to position ourselves as a customer-friendly airline, I think that certainly resonates with people. The airline was sort of founded on that principal, 'bringing humanity back to air travel', that was sort of the original slogan. And i think when [JetBlue] was founded in 2000, that was at a time when people weren't necessarily feeling like there was a lot of humanity in air travel. So thats kind of been part of the JetBlue message since the very beginning, so I think that following has kind of started because the customer-friendly atmosphere, the seat-back TVs, free snacks, soft drinks, i think that's what resonates with people because that's what made [JetBlue] stand out initially."

AOL: What do you think the best perk that JetBlue offers is?

PS: "You cannot beat FlyFi in my opinion! And i know other carries have wi-fi and that's great, but our FlyFi is super fast (up to 20 MB per second), you can stream video (We have a partnership with Amazon Prime) — You can stream your Prime videos...you can do it on your iPad on one hand, your Mac on another hand, your blackberry over here (if that's something people still have!) You can use [FlyFi] on multiple devices, it's super fast...we like to say it's like the internet experience you have at home. The free snacks are great, the free soft drinks are great, the legroom is great, but I am a fan of the FlyFi!"

Note: FlyFi is completely free in-flight WiFi, available for the entire duration of every JetBlue flight.

AOL: With all of the negative news and somewhat horrifying stories that have been coming to light recently surrounding different airlines and the industry, JetBlue has managed to come out relatively unscathed. What do you think is responsible for this — is it the way JetBlue crew members are trained, is it something that's ingrained in company culture?

PS: "I think it kind of goes back to what the initial brand was built around, this whole idea of treating people the way you want to be treated. We're actually in the middle of what we call 'hospitality training.' Three years ago, we started our Mint service, which initially flew between New York and LA and is now expanding to Boston and Seattle and San Diego — it's our premium product. One of the things [JetBlue] did to specially train those crew members is put them through hospitality training. It's not just about serving a dish or serving a wine, it's more about interacting with the customers — They call it 'interactional' vs 'transactional'...it's more about interacting with the customer. So, I think that kind of mindset is sort of how everyone in the company is being trained...it started with just our Mint in-flight crew members, it's expanded to airports, this year it's expanding to our international airports. That whole 'customer-caring' thing is in the DNA of JetBlue. So, when difficult instances do come up, i think they can be mitigated a little bit more quickly by our crew members because they have that mindset to be customer-friendly and they've gone through this hospitality training.

Check out the new in-flight 'EatUp' boxes that the airline rolled out this July:

AOL: What can you tell us about JetBlue's new facial recognition technology? What does it mean for the future of the airline and more technology to come?

PS: [JetBlue] is always trying to look at innovative technology, and this was something that we were able to do in Boston (which is our second biggest city) — We're the biggest carrier in Boston, so it seemed like a good place to test it. Essentially, you walk up to the gate, it takes a photo of you, and it matches that photo against the database of your photo that's already on file with customs and border patrol. So, we don't keep the photo — It's just matched against with what basically your passport photo would be on file. It takes a few seconds and if it doesn't work, there are crew members there who can take care of it, but we've been trying it out in Boston and it's been going on for about a month pretty successfully so far.

AOL: Without naming names, there have been other airlines recently who have caused quite a stir with customers by offering a seating option called 'basic economy', which are lower-priced economy seats that lack most basic in-fight perks, like carry-on luggage and the ability to select one's seat. Do you ever see JetBlue moving in a direction where something like this would become a possibility?

PS: "[JetBlue] is still very proud of the fact that we have the most legroom in coach, so space is very important to us because we believe that it's very important to our customer. we also have the even more space seats which have, you know, a little more space and then we have different fare options where you can either not check a bag or you can buy that bag whenever you book your ticket. i think that there's a lot of different things that we might look for, but for now, we're pretty happy with our standard core experience — We feel it's pretty good and in many cases, better than what else is out there."

More on AOL.com:
JetBlue is giving away 1,000 free flights to taxpayers who owe this year
JetBlue is now giving all passengers free Wi-Fi
5 business tips from the chairman of JetBlue Airways