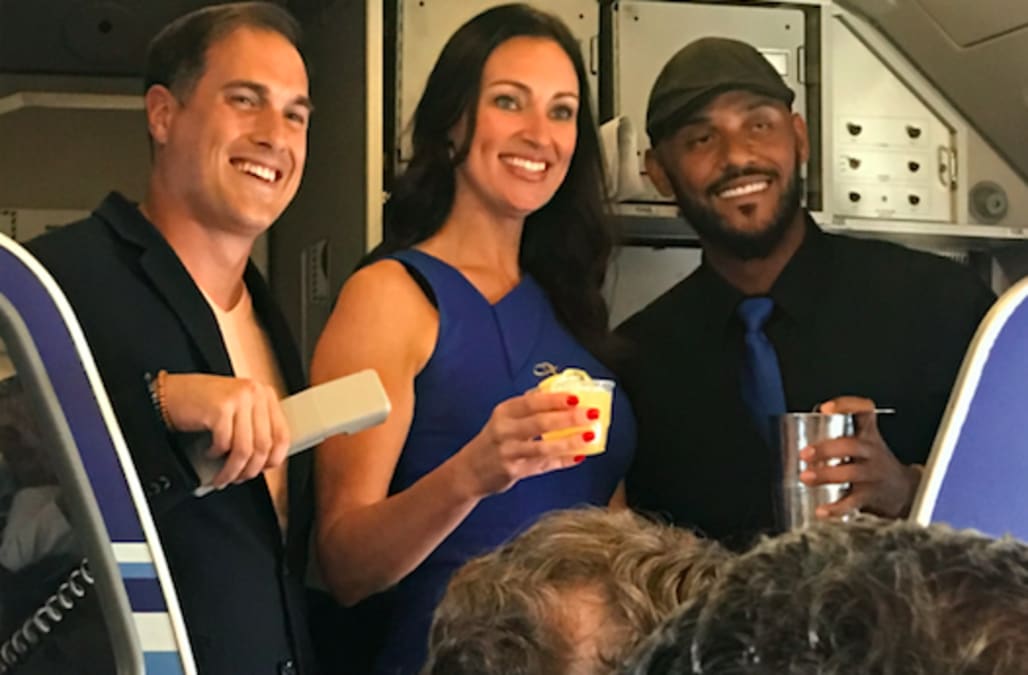 Flying can be stressful and nerve-wracking, especially if you don't consider yourself a "good flyer."

Luckily, airlines offer plenty of options of alcohol for purchase to help take the edge off, if only by a bit.

But for others, grabbing a cocktail mid-flight can be more of an experience, whether it's to kick off a getaway with loved ones, to begin celebrating a week or weekend on vacation or even to simply induce conversation with the stranger who may be sitting next to you.

It's no secret that JetBlue is the industry standard when it comes to delivering unique and exciting experiences, and on July 18, the airline raised the bar (pun intended) again by partnering with Bar Business Magazine to surprise customers with an inflight mixology class aptly named Shakes On a Plane on a flight from New York to New Orleans.

Once on the plane, customers were promised a 'fun surprise' later into the flight — and JetBlue definitley delivered on that promise. 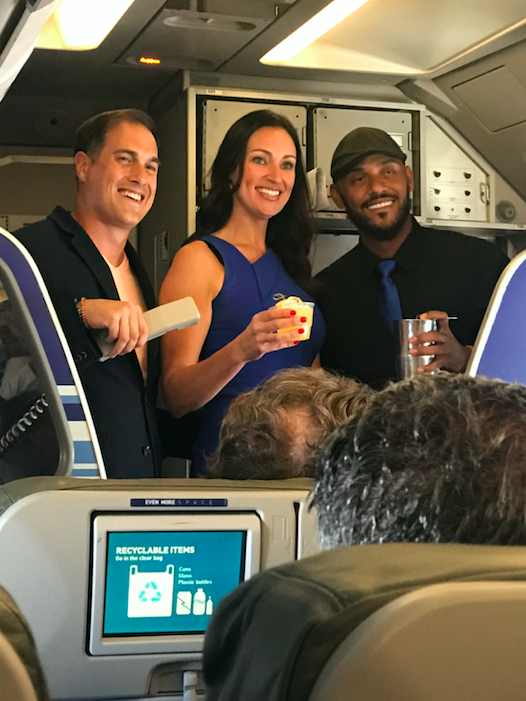 At about 30,000 feet in the air, publisher of Bar Business Magazine, Art Sutley moved to the front of the plane to begin em-ceeing a cocktail-creation competition by world-renown mixologists Mia Mastroianni and Phil Wills (both of the esteemed "Bar Rescue" on Spike).

Passengers were able to cheer for their respective mixologist, both of which were creating cocktails quite literally in the front and middle of the plane — there was no sleeping on that flight, that's for sure!

The front half of the plane worked with Mastroianni while the back half worked with Wills to create three New Orleans-themed cocktails. 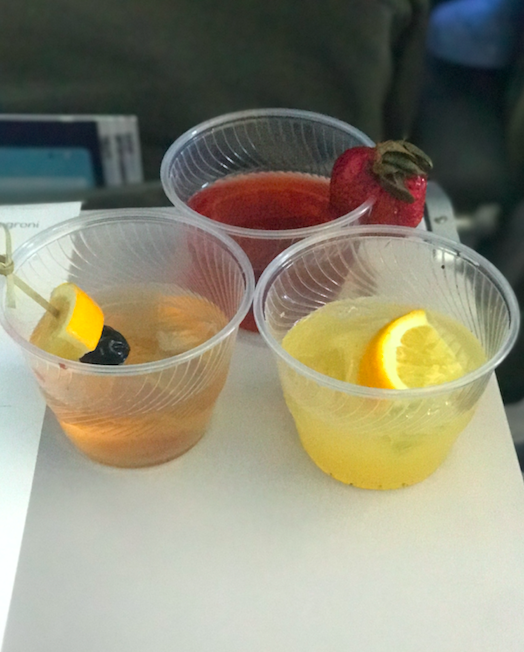 All passengers were given a step-by-step guide on how to create the three drinks, which featured spirits that are regularly served on all JetBlue flights, such as Dewar's White Label Scotch, Bacardi Superior rum and Bombay Sapphire gin.

Um, talk about the best flight ever!

The drink names were as quirky as the mixologists themselves, called the Mardi Gras Sunrise Negroni, the Mile High Mixer and the N'awlins SoFly Punch.

Passengers that were under 21 or that didn't want to drink alcohol were still able to participate, as a non-alcoholic version of the N'awlins SoFly Punch was also served.

We don't know about you, but we're expecting big things next time we jetset — maybe even just an extra bag of pretzels when the snack cart comes around?

More on AOL.com:
The best airline in the world has a new weapon to stay ahead of the competition
Baby born on flight gets free plane tickets for life
JetBlue will soon accept selfies as boarding passes