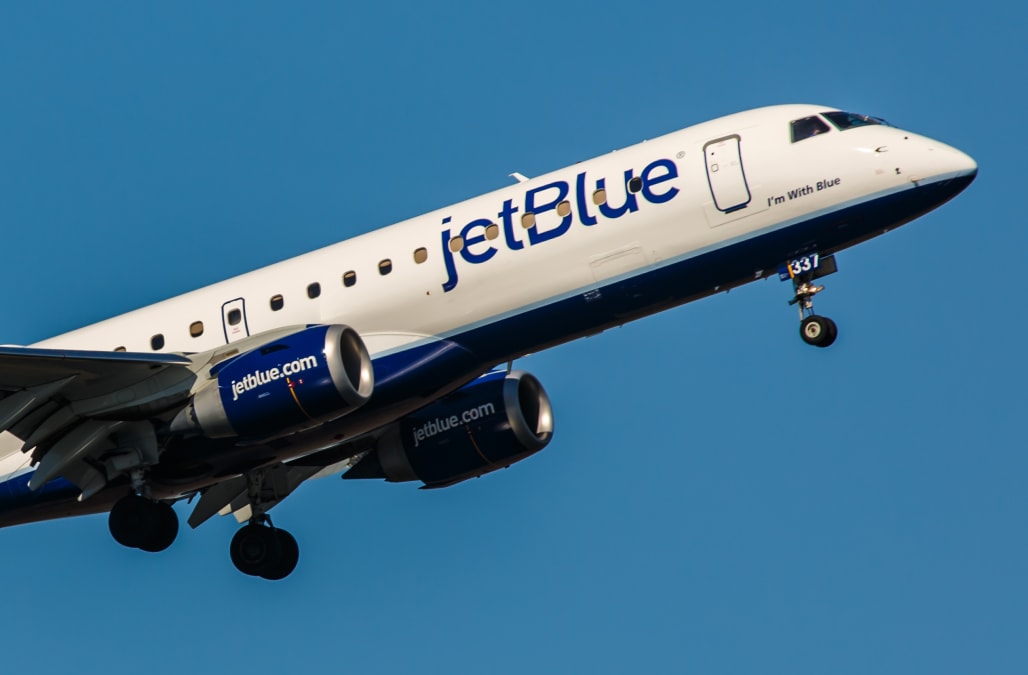 Let's face it -- airplane food doesn't necessarily have the best reputation when it comes to taste and nutrition.

When you know you're in for a long flight, there's not usually much to grab or purchase other than greasy, salty options. And, the healthier stuff is almost always on the overpriced side (let alone something dietarily friendly if you have a food restriction or allergy!)

But it looks like JetBlue's latest initiative will change all of that.

Rolling out this July, the airline will offer four brand-new curated EatUp boxes, each themed to satisfy specific customer needs. Whether it's vegan, gluten-free, high-protein, kosher — there's something for every type of eater.

Take a look at the new menu rolling out July 1:

The preexisting "PickMeUp" box will be carried over in addition to the new boxes.

All of the food inside the boxes are healthier versions of their counterparts. For example, paleo-friendly RXBAR® bars instead of your typical protein bar or organic KIND® granola bars instead of the sugar-packed generic versions.

"At JetBlue, we spend a lot of time curating a variety of snacks to meet every customer's taste. We have refreshed our onboard options to ensure customers on JetBlue feel comfortable and are satisfied during their journey. From sweet to salty, protein packed to indulgent, we have something for everyone and alongside the most legroom in coach, free and fast Fly-Fi® and unparalleled inflight entertainment, we're proud to offer the best snacks in the business."

JetBlue is definitely upping its game during a particularly tumultuous year for airlines in general.

The boxes will be priced between $5 and &7 and will be available on all flights (domestic and international) that are two hours or longer.

And though you can't pay in cash, the airline now accepts Apple Pay in addition to credit and debit cards which makes opting in for a snack box all the more enticing.

More on AOL.com:
United Airlines unveiled new budget tickets — and some customers are furious (UAL)
Baby born on flight gets free plane tickets for life
Airlines are starting to offer a luxury perk to the masses