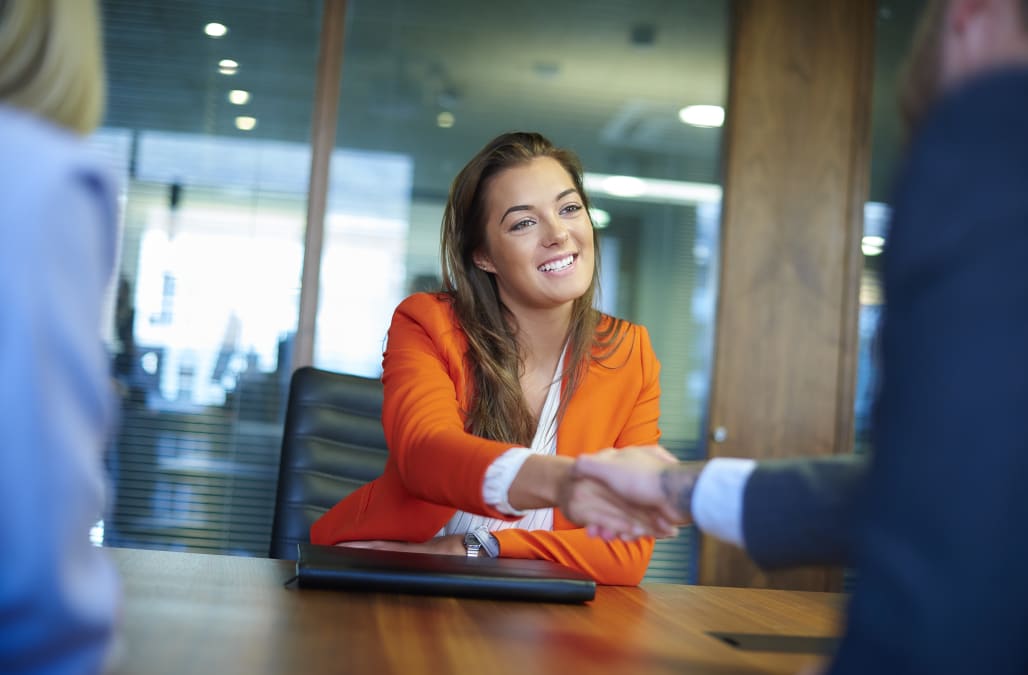 It is often difficult for older job seekers to get interviews. A recent study by the Federal Reserve Bank of San Francisco that sent out fictitious resumes to job postings found that older applicants received the fewest interview requests. "Once it's clear that you are an older worker, you are less likely to get callbacks," says Patrick Button, an assistant professor of economics at Tulane University and co-author of the report. Here's how your resume is giving away your age.

What to remove from your resume right now

What to remove from your resume right now

Photo. Unless you are asked for one, do not include a photo. Europeans are even moving away from this practice as more organizations accept American-style resumes.

Full address. You only need your city and state, or city and country if you're outside the United States.

Objective. If you're using an objective statement at the top of your resume, you are dating yourself. Employers don't care what your goal is – they want to know what you can do to support their goals. Better terms to use here are "career summary" or "career profile." This brief statement should tell the employer, using data from the job posting, that you meet the main required qualifications.

GPA and test scores. If you graduated less than three years ago and have a GPA of 3.5 or above, you can keep it on your resume. Unless you are asked to include them, take out standardized test scores. Once you're beyond three years out of school, take your GPA off (unless of course you're told to include it).

University you didn't graduate from. The school that matters is the one from which you graduated. If you feel compelled to include a school you transferred from, make sure to not include it separately from the school you graduated from. That is, include it as a bullet indented underneath your alma mater with years attended.

Cliche phrases. Search the internet for "most commonly used words in resumes" to come up with a list of cliche phrases. If you're using these terms, it's likely that you are being too general and not speaking specifically enough about your experience. This doesn't help an employer understand who you are and what you're capable of because you look just like everyone else! Most of us are so entrenched in the day to day of our role and field that we forget those outside it won't understand what we do. Play around with words to find ways to say what you do clearly and concisely.
Acronyms. Many acronyms are industry- or company-specific. That's why you can't use them without first defining them. The best way to do this is to spell out the first instance and put the acronym in parentheses after it; you can use the acronym alone from then on.

Tables. Using tables is a sure way to set your resume up for a failed reading in an ATS. If the system cannot read it correctly, you'll lose your chance to be considered for jobs!

Irrelevant experience. If you have paid work or volunteer experience that is not relevant to your career goals (i.e., you didn't obtain any transferable skills), you should list those briefly under a headline such as "previous experience." You don't need any details except for your title, organization, location and years.

Jobs 10 years or older. Remove bullets for jobs over 10 years old, unless any pertain to your career goals, and you haven't demonstrated the same skills or a career progression in your work since. Incorporate any transferable skills that are not apparent elsewhere in your resume into your career summary or under "technical skills," which can fall at the end of most resumes under "additional information." If you're in a technology field, you may want to consider moving those skills underneath your career summary.

[See: The 8 Stages of a Winning Job Search.]

Use hyperlinks sparingly. Hyperlinks are good when used effectively. Do not hyperlink every company you've worked for and every mention of a project on a website or in an article. Choose only those that you consider a big deal – you may want to check with a colleague or friend to find out if they agree with your choices. If you've written for a publication, been quoted in a major article, or contributed to an article, those are worth hyperlinking. If you have quite a few, you should consider titling the section "select publications" or "select media," and listing and linking to only a few.
Up Next

A long work history. You may want to downplay or leave off roles you held in the 1970s or 80s. "The last eight to 10 years of experience are considered the most relevant on your resume," says Dana Leavy-Detrick, the founder of Brooklyn Resume Studio. "While you may not want to cut earlier roles off altogether, consider how you can condense earlier – and potentially less relevant – experience to keep the bulk of the focus on your current skills and contributions."

However, if you worked for a high-profile employer or earned a prestigious award several decades ago, it might be worth finding a way to include it. "You can get creative in how you present earlier experience without using the traditional chronological approach," Leavy-Detrick says. "Create an 'additional experience' section that omits the dates, but still lists employers and job titles, or include a footnote in the 'experience' section that highlights your earlier roles in a much more condensed way."

Failing to emphasize computer skills. Older workers are often perceived as being uncomfortable using technology. Take care to refute this stereotype. "I recommend including as many technical and computer skills as possible, and social media skills if they might be part of the job," says Janet Raiffa, a career advisor and former corporate recruiter who shares resume advice at resumemama.com. But don't take this too far by writing that you know how to use a web browser or word processing software, which goes without saying in many fields.

No social media presence. An interested hiring manager might type your name into a search engine or want to see a personal website. He or she will probably check out your social media profiles on LinkedIn, Facebook, Twitter or other sites."Build out a solid LinkedIn profile, customize your profile URL so that it includes your name instead of all characters and include that on your resume," Leavy-Detrick says. "Having a polished digital presence really complements the resume and shows that you put serious thought into your personal brand."

An old fashioned e-mail address. Your email address might be saying something about your age. "AOL addresses suggest being beyond 40 or 50 [years old], so I recommend using a Gmail address," Raiffa says.

Using an out-of-date format. Resume formats go in and out of style. "Having an objective statement and 'references upon request' were common resume features in the past, but both should no longer be included," Raiffa says. "Your objective is to get the job you're applying for, and any verbiage about the types of job you want should be saved for the cover letter."

Mailing a paper resume. Your resume is probably going to be viewed on a computer screen and needs to look good in that format. "Avoid using antiquated visual elements, such as page borders, drop shadows or tired font styles," Leavy-Detrick says. "Go for a polished, clean look that uses thoughtful design decisions and appropriate layout that's designed for screen reading."

Not including personal interests. Some employers want to get a sense of who you are outside of work, and you can provide some clues by listing a few hobbies or volunteer work. "I also suggest adding interests that convey vitality or youthfulness, such as marathoning, fitness, hiking, skiing, Tough Mudder, weightlifting or kickboxing," Raiffa says.

Using the same resume for every job. Employers increasingly want to see a resume that conveys skills relevant to the open position. "Candidates often want to keep options open by creating a general resume they believe will resonate with varied audiences. When doing so, however, they do not realize they are alienating each audience by not being able to include the keyword relevance needed to get through both the automated and human screeners," says Samantha Nolan, a resume and job search advice columnist and owner of Ladybug Design. "The more on-point you are at marketing your candidacy and relevant skills and experiences to your target audiences, the more traction your resume will receive."

RELATED: 13 resume phrases that will get you hired

More on AOL.com:
5 things top employers won't care about in 10 years
A Facebook director explains how to make your resume stand out
Why you should never lie on your resume and other must reads