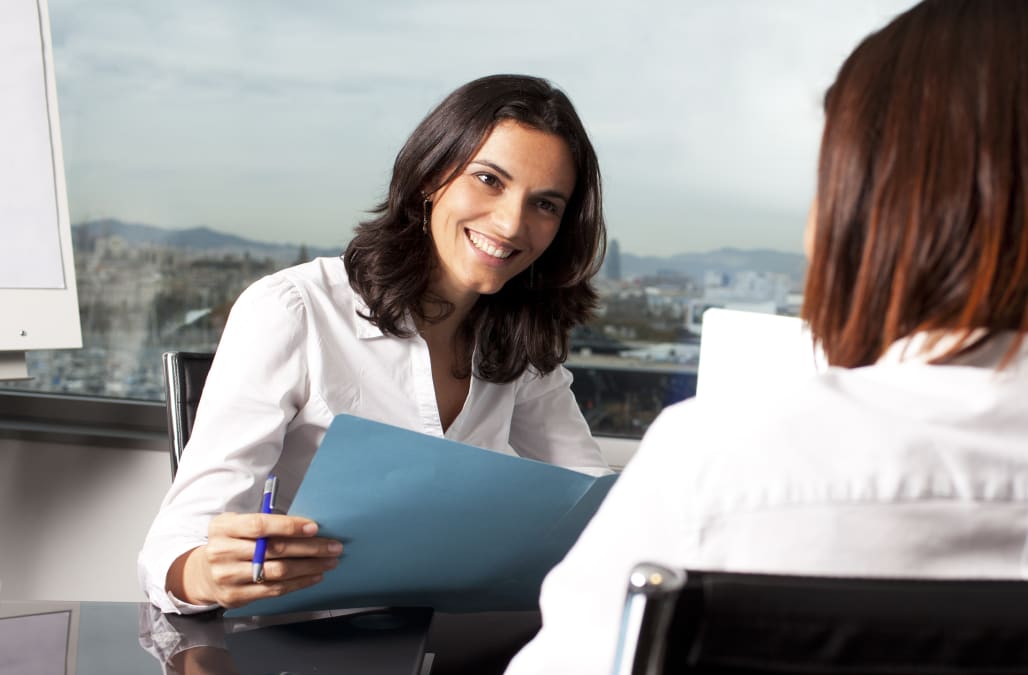 As the speed of new technology advances, images of the future of work consist of artificial intelligence and robots taking over the workplace. But that's not our future.

While the future is unknown, we're already starting to see trends foreshadowing that we're not as doomed as some people think. Robots are coming, but not in the "replacing-all-jobs" way that people talk about.

Here are five predictions for the future of work that will make you a little bit more comfortable going to work every morning:

Success comes in all shapes, sizes and ages.

2. You can ditch the degree (and the student loans).

Depending on what field you decide to work in and what job you decide to take, your degree may be irrelevant. For sales and marketing jobs in particular -- where you learn on the job -- a degree is the least important thing I look for as an employer.

What does matter is your attitude, ability to critically think and your work ethic. Are you willing to learn? Are you motivated? Have you worked on successful projects in the past? How efficient/effective can you be at accomplishing a goal? Do you pro-actively network with people in the fields you're interested in?

Today, you don't have to get into debt or have a piece of paper to be successful.

INC. TODAY'S MUST READS: What Happened When the CEO of Dropbox Was Late to an All-Hands Meeting (About Being on Time)

RELATED: Check out the top companies to work for, according to Fast Company:

3. You won't need a traditional resume.

Credentials like where you worked and what school you attended are becoming increasingly less important. The rise of "internships" after college are a testament to school not being quite enough.

Employers are starting to say, "You graduated from college? Great. Let's see something you've actually done in the field." Having a portfolio of completed tasks and having proof that the job was well done is the new way to land (and stay in) a job.

Employers are adopting flexible work practices and encouraging individuals to pick when or where they work as a way to retain top talent. For those working with a laptop, you can now WFH (work from home). Other companies like Lyft and Doordash are ushering in an era of flexibility for desk-less work.

Humans dream big. As a species, we create new things and venture into uncharted territory. The more we create and explore our world and universe, the more jobs are created.

With technology, those jobs are more easily accessible to you (even if you're halfway across the globe!). You're now able to explore more than your local market to choose what you want to devote your life to.

More from Inc.com:
This Former Bonobos Exec Is Building an E-Commerce Vitamin Company
Is Founder Self-Sacrifice Required for a Successful Venture?
The Liabilities of Letting Employees Work From Home (with a Checklist)