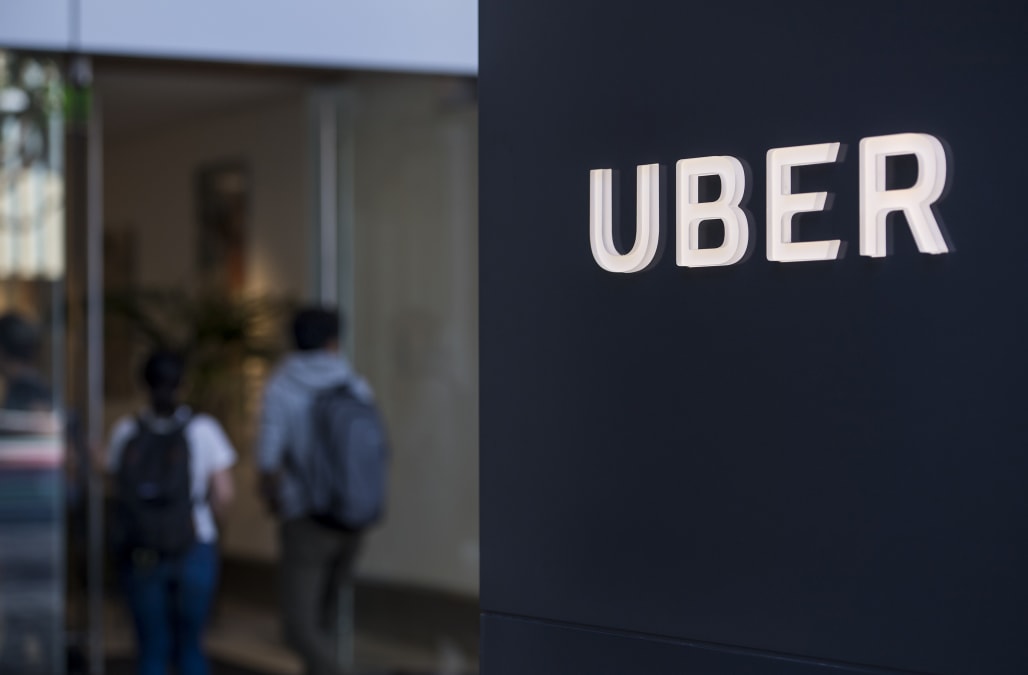 Lining up along a fence to urinate. Relieving themselves in the bushes. Carrying a water bottle in their cars in case of an emergency. These are a few of the options Uber and Lyft drivers rely on when they have a pick-up at New York City's John F. Kennedy International Airport — and nature calls.

That's because there are still no restrooms for ride-hail drivers at JFK.

The Independent Drivers Guild, which represents more than 50,000 drivers in NYC, launched a petition in December 2016 that urges Port Authority to add a clean facility to use the restroom in the separate lot where Uber and Lyft drivers must wait.

More than six months later, nothing has changed.

"Travelers, taxi drivers and even pets have access to a restroom at JFK, but ride-hail drivers endure grueling waits in a hot satellite lot where there is no dignified place to use the restroom," Ryan Price, Executive Director of the Guild, said in a press release.

"For years, the state and the port authority have stripped for-hire vehicle workers of the basic right of a place to use the bathroom because they're primarily immigrants, so they think they can get away with it," Price wrote. "If these workers were white and from the United States, this would never happen.

"This is a huge public health issue, and an abusive way to treat workers who serve the public."

Mic spoke with three ride-hail drivers represented by the Independent Drivers Guild. Hans, who has been an Uber driver for about four years, said in a phone interview, "I invite those making the decision, I invite them to come on a hot summer's day and just take a whiff of the air and how terrible it smells of urine."

The three drivers told Mic they often see people relieving themselves in the bushes near the lot due to a lack of accessible and sanitary options.

"It is quite embarrassing to do that if you cannot hold it any longer or anticipate it'll become a problem," Hans said. "Can you imagine having to have a 40-minute drive afterwards when you didn't have an opportunity to relieve yourself prior to leaving — and then hit traffic? It's not healthy for the body."

He's right — holding in your pee can increase your chances of getting a urinary tract infection as well as more long-term urinary tract issues, such as frequent and painful urination. Holding it for too long can also weaken your pelvic floor muscles and stretch your bladder out.

Their bathroom options are unsanitary, degrading and illegal. And there are even fewer options for female drivers, who may find urinating outside more difficult.

"As a woman, I just can't do what the guys do," Michele, an Uber driver for about 16 months, said in a phone interview. "I can't do the bottles. I find myself having to stop at places where I need to purchase something in order to use a proper restroom. Each time I have to use the bathroom, there's usually a price involved."

"I can't do the bottles. I find myself having to stop at places where I need to purchase something in order to use a proper restroom."

Michele described instances where she will be waiting in the lot for about two hours, abstaining from drinking water so that she doesn't have to pee. Then she makes the approximately 20-minute trip to the nearest bathroom and risk losing her spot in line.

Michele also said she avoids parking along the perimeter of the lot because that's where the men often relieve themselves. "It smells," she said.

Uber drivers are providing a service for JFK and for riders trying to get home. "So why not provide us with a proper service so we can be OK also?" Michele argued. "We're not asking for a lot."

"We're not asking for more money," said Jose, another driver. "We are asking to be treated like normal people to be able to use a normal restroom. To be able to wash our hands."

We reached out to Port Authority and will update with any response.

Once the heir-apparent at the Mouse House, Staggs stepped down in April 2016 in a move that shocked the entertainment industry. Given his experience as a top executive at a large company and his operational and financial expertise — he also previously served as Disney's chief financial officer — it makes sense that Staggs has been one of the early names bandied about for Uber's CEO post.

Foulkes was in the running for Uber's COO position, but ultimately decided against it, according to one source familiar with her decision. With Kalanick out of the picture, though, Foulkes might be persuaded to change her mind.

Foulkes has spent 25 years at CVS, helping the company develop into the massive pharmacy chain it is today. In one of her previous roles at the pharmacy retailer, she oversaw some of its marketing efforts. That's an area where Uber needs help as it seeks to rebuild its relationships with both riders and drivers.

Known as Twitter's "Mr. Nice Guy", Bain had been asking friends about Uber's COO job after the company started searching for someone to fill that position. A pal of Kalanick's, he could take the top role immediately, because he's been a free agent since leaving Twitter in November 2016.

Wojcicki was in consideration for Uber's COO job, according to Recode, but getting the chance to be its CEO may be more appealing to the longtime Google exec. Wojcicki led Google's acquisition of YouTube in 2006. She took over as CEO of the video website in 2014.

Arora left SoftBank suddenly in July 2016, but he has a close tie to Uber that dates to his time at the Japanese conglomerate: Liane Hornsey, the ride-hailing company's chief human resources officer. Arora had poached Hornsey away from Google to join him at SoftBank. After Arora left SoftBank, Hornsey jumped to Uber.

Arora's reputation was tarnished by a letter from a group of anonymous investors criticizing his leadership at SoftBank. But his working relationship with Hornsey could tip the scales in his favor — and guarantee that some of the cultural changes Uber has committed to adopting in the wake of a series of scandals actually go through.

A long-time airline executive, Cush was another person who was previously being eyed for Uber's COO job, according to the New York Times. Cush led Virgin America for the decade leading up to its sale to Alaska Airlines last year. What could make him attractive to Uber is his expertise running a large-scale transportation company.

Mulally already has experience leading a corporate rebound effort. He led Ford's turnaround after the Great Recession, revitalizing its profits, helping overhaul its culture and improving morale. He retired in 2012 after serving six years as the car company's CEO.

Joining Uber would mean taking the reins of another troubled company — and contending with a big conflict of interest. Mulally is a director at Alphabet, Google's parent company, whose subsidiary Waymo is suing Uber for stealing trade secrets.

Mulally's successor, Mark Fields, has also been rumored to be in the running for the Uber CEO job. But Fields was ousted from Ford in May, reportedly because he wasn't changing the company fast enough. That may make him a poor fit for a company that has wanted workers to "Always Be Hustlin."

Immelt announced plans in June to step down from his position at GE. He plans to hand over the keys to his replacement on August 1, but he'll remain GE's chairman through the end of the year.

GE's CEO for the last 16 years, Immelt helped turn around the company's business and navigate it past both the 2001 terror attacks and the Great Recession. While GE investors thought their company could use a fresh face to take its business to the next level, Uber could use a seasoned business executive who has weathered large-scale crises to help guide it through its ongoing storm.

Photographer: Eric Thayer/Bloomberg via Getty Images
Up Next