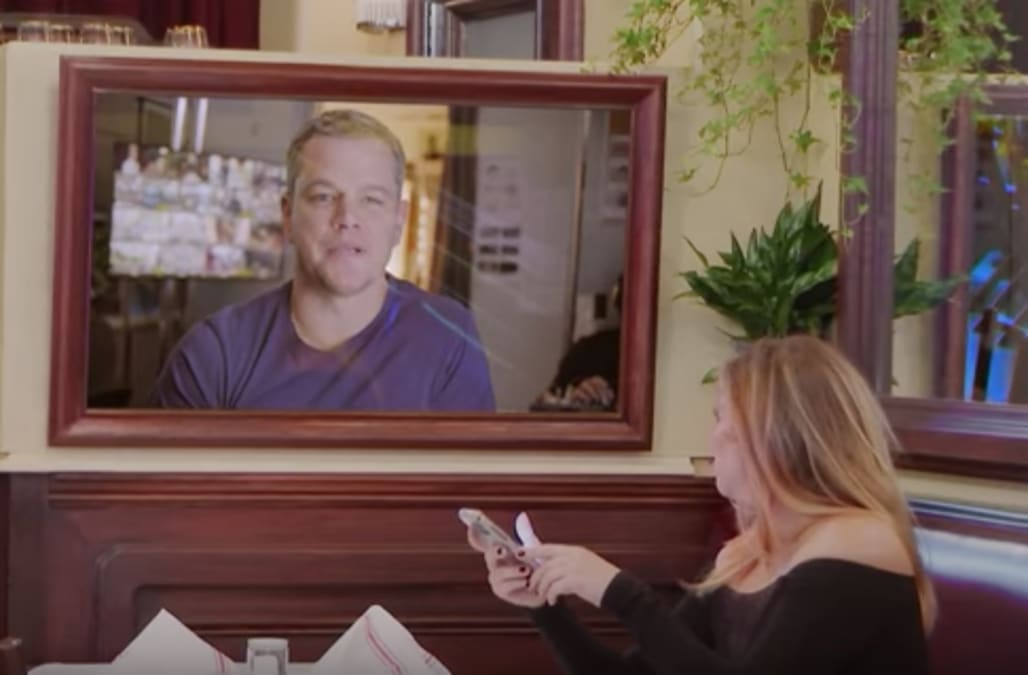 Imagine you walk into a nice restaurant, sit down and ask a waiter for a glass water, but he or she tells you that you can't have any. In fact, you won't be able to have any water for another six hours. How would you react?

Matt Damon, in partnership with Stella Artois and Water.org, wanted to test that.

During a recent viral video stunt called "The Wait for Water," which AOL Entertainment has an exclusive first-look at, Damon set up a hidden camera in various establishments in three different countries and watched how people reacted when they were told that they wouldn't have a glass of water or take a shower for six hours, which is the average amount of time women in developing countries spend collecting water on a daily basis.

The results were telling, to say the least.

"It disrupts people's expectations," Damon told AOL Entertainment exclusively about the video. "You got a mixture of frustration to righteous indignation, and it just so upsets people’s expectations. Then, when they realize what it’s about, and it really lands."

When Damon appears on a hidden screen to explain the nature of the stunt -- to raise awareness about the fact that millions of people around the world are without access to clean water -- every single one of the people at the other end of the prank react with genuine emotion, shock and awe.

27 PHOTOS
Matt Damon out and about
See Gallery

"In one case, we had a guy who had actually dealt with this first-hand living as a young boy in Guatemala," Damon told us. "He had experienced it. Not only did he know about it but he lived it. He was moved to tears because he remembered exactly what that was like."

Both Damon and Water.org co-founder Gary White admitted that they can't help but "still" take their access to clean water for granted, despite their years of work raising awareness around the issue.

"It is this juxtaposition of how well we’ve done in providing [clean water] to ourselves that it does just completely melt into the background," White told us. "Think about it: Your power goes out every now and then, but maybe once or twice in your life have you ever had a water disruption. And then you really realize how many times you use water in a day. It’s a contradiction that we’ve done so well at it that we’ve kind of lost track of the fact that there are hundreds of millions of people that don’t have it."

The video, released on Friday, comes on the heels of Stella Artois' first Super Bowl commercial since 2011, which also stars Damon and highlights the brand's continued collaboration with Water.org and their efforts to bring clean water to those in need in the developing world, urging viewers to "Make Your Super Bowl Party Matter."

Watch "The Wait for Water" below:

More from AOL.com:
Bethenny Frankel talks 'Bethenny and Fredrik,' business learnings and her influence on 'Real Housewives'
Josh Duhamel and Jimmi Simpson on tackling the 'Unsolved' murders of Tupac Shakur and Biggie Smalls on screen
New 'Summer House' stars on what to expect from season 2: 'Definitely a little lust, maybe a little love'