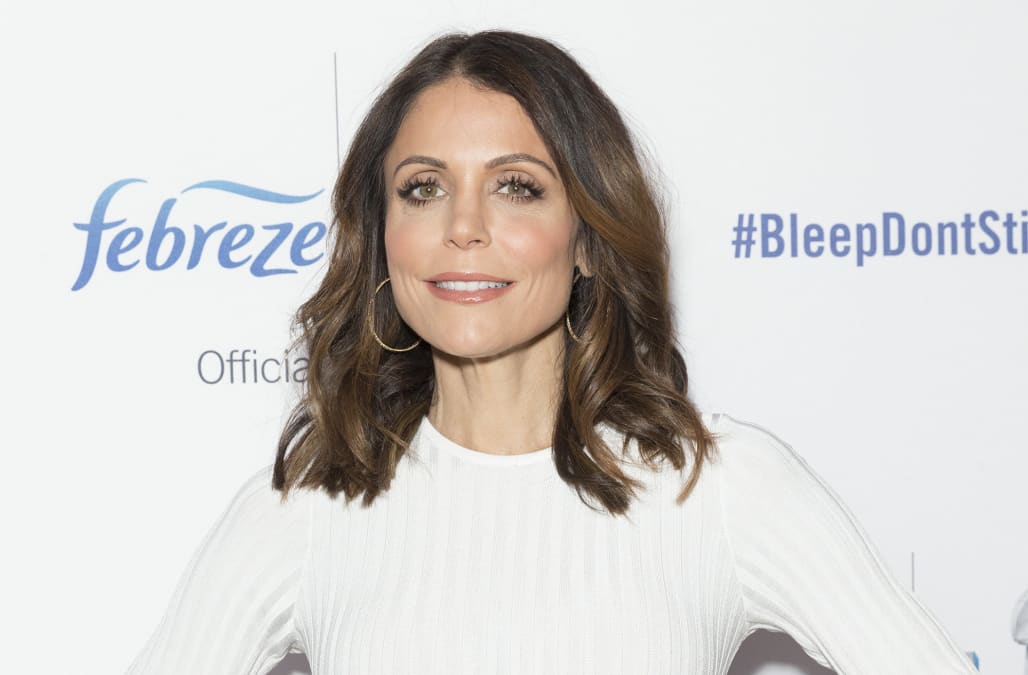 Bethenny Frankel doesn't have time to think about her hair, thank you very much.

When I sat down with the original "Real Housewives of New York" cast member last week, she was in the midst of a pre-Super Bowl celebration with Febreze, preparing for the series premiere of "Bethenny and Fredrik," in-between filming for the upcoming tenth season of "RHONY" and celebrating the launch of Skinnygirl Jeans.

SEE ALSO: 'Real Housewives of New York' star Dorinda Medley on why the current cast works: 'We all have something to offer'

And those are just the newest developments in her life. So, when I remarked that her hair had never looked better (really, it looks phenomenal!), Frankel seemed surprised.

"I don’t think about it that much!" she said with a laugh and, well, I believed her.

Which, of course, is nothing new. For six of the nine seasons of "The Real Housewives of New York" (she left the show for three seasons before a much-heralded return), Frankel has been the woman that viewers can count on to tell it like it is -- no holds barred. With Bethenny, there's no beating around the bush, no passive aggressive behavior and no bullshit. She doesn't have time for it; she never has, and she never will.

"Andy [Cohen] told me years and years ago that I might have been the one who wasn’t married or the broke one, but they had me come on as the sort of Greek chorus or the narrator," she told me.

With her quick, memorable one-liners and unforgettable willingness to "go there," it's no wonder that cast members from other cities in the "Real Housewives" universe have tried to replicate her approach to the show -- and it's also no wonder that nobody has successfully been able to do it.

"As I’ve said before in business, if you look at what someone else is doing and try to replicate it, then they’re probably already onto something else and it ends up feeling diluted," Frankel explained. "There’s a lot of that in business and in personality and you have to be uniquely you. Everybody is unique and has their own strengths, and trying to be like someone else is not a recipe for success."

Not that she doesn't find it flattering, though.

"I’ve also heard from other women on other casts that they’ve come onto the show because I inspired them, because their husbands told them to 'go do what Bethenny did,'" she added. "It’s been amazing to have been the first women -- or person -- in reality TV to monetize the medium. Not just on my show, but period."

In the early seasons of "Real Housewives," viewers watched as Frankel struggled to initially find her footing with her businesses, before ultimately becoming one of reality television's biggest success stories: She famously sold her Skinnygirl empire for an estimated $100 million back in 2011 and has since continued to expand her brand into new spaces like denim, shapewear and all kinds of other food and drink.

Over the past several years, Frankel has also acted upon a growing interest in real estate. She told me that she now owns five properties in New York City and the Hamptons, two of which she bought right before Donald Trump was elected president and have since doubled in value.

"Real estate is something where you have to do a temperature check," she told me of what she's learned from her latest passion. "Even though a market can be not great -- which it isn’t now -- you can find rip-offs, which you’re shocked by, but then you can also really steal things. It’s like buying at a sample sale: Buy more when it’s on sale! So, I go long on real estate right now."

"And I think I'm pretty good at it," Bethenny added with a knowing smile. Of course she's good at it.

Fans of Bethenny will get to see her cultivate her love of real estate in the upcoming "Bethenny and Fredrik," the idea for which she came up with through her friendship with fellow notable New Yorker and Bravo reality star, Fredrik Ecklund of "Million Dollar Listing."

"When I created the show, the way I described it to Bravo was, 'I would like to do ‘Will & Grace’ with real estate as a backdrop,'" she said of the show's origins. "It doesn’t matter if we were going to clown school -- which we effectively did -- but you wanted to have a thread, and real estate is that thread. There are some serious negotiations and renovations and arguments and drama and it’s real millions of dollars, but ultimately it’s 'Dumb & Dumber.' It’s hilarious and wacky."

Though "Bethenny and Fredrik" is sure to draw hoards of Bravo fans when it premieres on February 6, there's no doubt that the upcoming season of "Real Housewives of New York" is the most anticipated season since Bethenny returned to the show in 2015. Fans are eager to see how the show deals with cast mate Luann de Lesseps' arrest and the heartbreaking death of ex-cast member Jill Zarin's husband, Bobby.

Not only that, but it's also a rare instance in which every single cast member from the previous season is returning to the show without a single addition or subtraction to the cast. And, in Bethenny's eyes, there's a reason for that.

"This group has been together longer than any other," she explained. "Sonja [joined in the] second season, but let’s just pretend she was first. So, me, Ramona, Luann and Sonja are all original gangsters. The fact that we have that close-knit relationship has allowed me to see them through so many different things. It’s almost like we went to college together. Many of the [other] shows are revolving doors."

"It’s also a different city to navigate," Frankel went on. "It takes a different type of personality, the businesses are different and we are more revealing than any other cast in what’s really going on with us, and none of us are in relationships. Basically, you have a bunch of single women who are older and who are navigating being either lonely or scared or empowered, divorced, bankrupt. We’ve all had our share of issues."

In other words, "We’re more openly flawed than other casts," she finished.

And it was Bethenny, really, who brought that openness to the franchise to begin with.

"Bethenny and Fredrik" premieres at 10 p.m. on February 6 on Bravo. You can watch Febreze's Super Bowl commercial, which Bethenny Frankel helped unveil, here.

More from AOL.com:
Matt Damon and Water.org co-founder Gary White want to 'interrupt' your Super Bowl experience
Josh Duhamel and Jimmi Simpson on tackling the 'Unsolved' murders of Tupac Shakur and Biggie Smalls on screen
New 'Summer House' stars on what to expect from season 2: 'Definitely a little lust, maybe a little love'