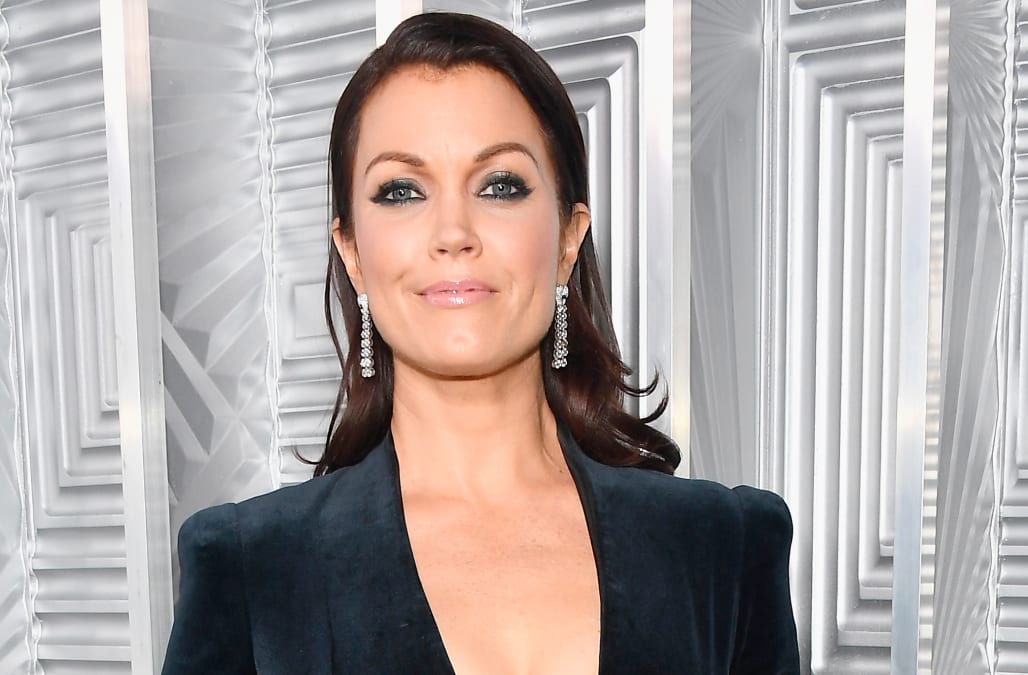 Bellamy Young has been playing Mellie Grant on ABC's "Scandal" for seven seasons now, and with the show in its final year, the actress is looking back on some of her character's most memorable moments.

Young's presence on Shonda Rhimes' soapy drama has seen a meteoric rise through the years as Mellie has transformed from a background player who Rhimes planned on keeping around for a handful of episodes to one of the show's most central characters as the President of the United States.

It's a stunning journey that Young is proud of.

"It means so much to me to watch her achieve her dream," Young told AOL Entertainment during a recent Facebook Live interview. "Every time she fails and every time she triumphs. I know she's fiction, but I know she's wanted [to be president] since the day she was born. It's very moving to me to think that she got it."

Young revealed this week that Rhimes originally planned on ending "Scandal" with Mellie's swearing in as president at the end of season 6, but the creator "had itchy skin" and "more stories to tell," which has given viewers an actual peek into what it could be like with a woman as president.

50 PHOTOS
Bellamy Young out and about
See Gallery

"I'm humbled to be part of helping people become acclimated to seeing women in power on television," Young explained. "The vogue of having women as president on television [is something that I'm unspeakably honored to be a part of."

There are other aspects of Mellie's arc on "Scandal" that Young has fond memories of. She told us that Jeff Perry, who plays Cyrus Beene, is her favorite person to film scenes with and that the most shocking moment for her throughout the whole series was the "Dad?" twist at the end of the second season. When it comes to Mellie's love life, though, Young has a clear favorite man for her character -- her original love interest, ex-husband Fitz.

"I loved when she and Fitz were in love," she gushed. "I hope they do have something ahead of them that's like a deep, deep kinship. How many people in the world share children, are exes and have both been president? If you can't get past your differences and call someone and ask them, 'How'd she do on the test and should I sign the nuclear treaty?' Who else can you have that conversation with other than Fitz? Then he'll say, 'How's Olivia?' And I'll be like, 'Bye!'"

SEE ALSO: 'This Is Us' actress Eris Baker reveals the show moment that shocked her the most

As for life outside of "Scandal," Young has made it her mission to speak out on issues that may be affecting her growing fan base. The actress was recently diagnosed with Chronic Dry Eye by her doctor, Dr. Neda Shamie, and partnered with Restasis Multidose to encourage people to have candid conversations with their eye doctors doctors.

"I’ve suffered from dry eyes for a really long time, and I thought it was natural from getting a few more years on me," she told us. "I figured other people are having this issue, too. They don’t bring it up because they figure it’s something that just comes with age."

And, though Dr. Shamie confirms that Chronic Dry Eye can come with age, there are also other factors: Women tend to suffer from the chronic condition more than men do, as do people who stare are computers or screens all day at work.

"The truth of the matter is that the diagnosis is as easy as saying this: If you feel like you need to use artificial tears on a daily basis, that’s a telltale sign that there’s something deeper that needs to be addressed," Dr. Shamie said.

Watch our full interview with Bellamy Young in the video below:

More from AOL.com:
Naomi Campbell on posing with Diddy in the 2018 Pirelli Calendar: 'We are brother and sister'
Pastor Carl Lentz talks hanging out with Justin Bieber: 'It gives me perspective'
Steve Aoki on fashion, movement and finding inspiration in life's 'fleeting moments'