Naomi Campbell on posing with Diddy in the 2018 Pirelli Calendar: 'We are brother and sister' 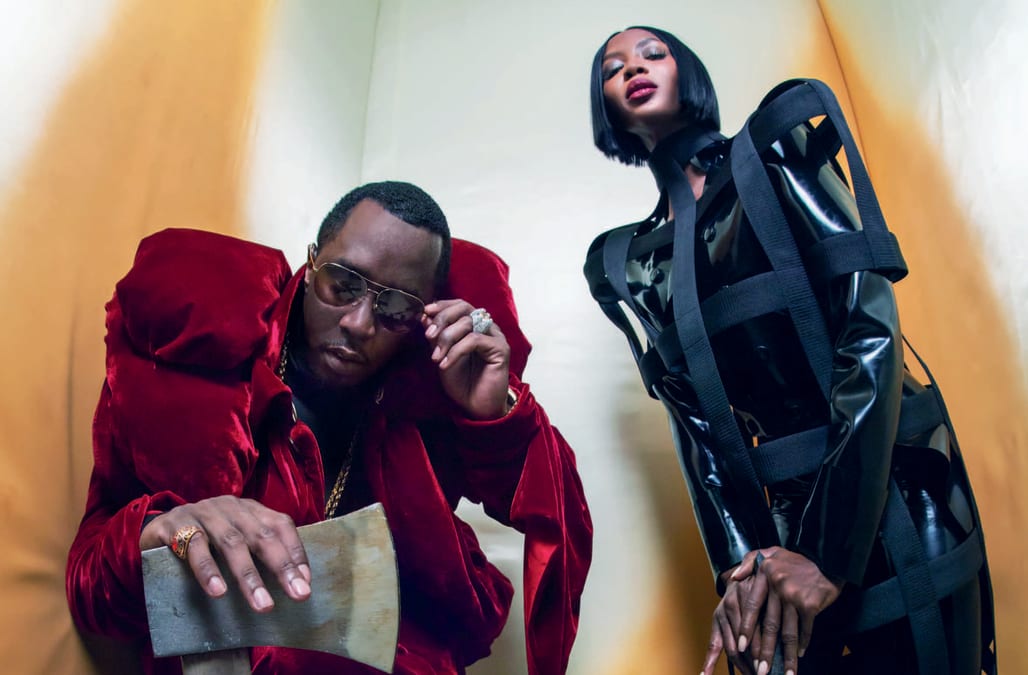 The 2018 Pirelli Calendar is here -- and it's "Alice in Wonderland" themed!

This year's calendar was shot by Tim Walker and features an all black cast of icons reimagining the characters of the beloved children's tale. The 18-person cast includes Naomi Campbell, Sean "Diddy" Combs, Whoopi Goldberg, Lupita Nyong'o, RuPaul and up-and-coming model Duckie Thot, who appears on the cover as the titular character.

The breathtaking spread is the tire company's 45th calendar and represents the second time in its storied history that it features exclusively black models. Back in 1987, Terence Donovan featured five black women, including a then-16-year-old Naomi Campbell. She's appeared in the calendar in her teens, 20s, 30s and now her 40s.

Walked revealed to AOL Entertainment and a small group of reporters that Campbell specifically requested to be photographed with longtime friend, Diddy. They appear together as The Beheaders, characters that Walker said "fit [their] personality."

See photos from the Pirelli: 2018 Calendar:

Sean "Diddy" Combs and Naomi Campbell as the Royal Beheaders

As for why she asked to appear alongside the rap mogul, Campbell cited her decades-long friendship with "Puff," and his ability to continually inspire and surprise her.

"I just never know what’s going to happen with Puff," she told us with a smile. "It’s always something magical. I went to dinner with him a few weeks ago, and after dinner we ended up in a recording studio with four boy band groups auditioning. It was the most amazing talent! This is why, for me, when I’m with him, I just roll with it. I love his company, I love his demeanor, I love his love towards me and I love our friendship."

Campbell recounted the story behind their iconic 2001 Vogue cover, which the supermodel thought they were "never" going to land, despite Diddy's insistence that it would happen. It did, of course, happen, and Campbell considers the moment an example of her pal's perseverance and lack of limitations.

"You can't limit yourself, and Puff inspires me every single day because [with him] there are no limits," she explained. "He's very private, but people who know him know he's loyal. He's been loyal to me for so many years. We've known each other for 20-something years, and he's been consistently the same. We really do have a brother-sister relationship, and I adore him."

As for the all-black casting of "Alice in Wonderland" for this year's calendar, Campbell credits those involved's willingness to look beyond limits in making the groundbreaking decision.

"We think that is has to be always white," Campbell said of the children's tale. "But it doesn't. It's taken until 2017 for this to happen. It's just a matter of our minds and what we allow and what we think we limit. I don't have a limit in my mind -- I wasn't raised that way."

Perhaps most importantly, Campbell refuses to restrict herself when it comes to her instinct, something that has helped her reach the pinnacle of the fashion world and stay there for so many years. The unapologetic icon has never been shy about sharing her opinions, supporting the people and work she loves and striving to make a difference.

"You should deliver a message, period -- it doesn't matter if you're in fashion or beauty," she said. "I think if you have a message to deliver that makes a difference to the world, you should deliver it. It takes courage to take a stance, and I always think you should go with your instincts. [...] I've done so many things in my 31 years of modeling for everybody. The one thing you can never say about me is that I'm one-sided, because I'm not."

More from AOL.com:
Pastor Carl Lentz talks hanging out with Justin Bieber: 'It gives me perspective'
Derek Hough shares the devastating story behind his first single 'Hold On'
Debra Messing reveals how those impossibly timely jokes happen on 'Will & Grace'