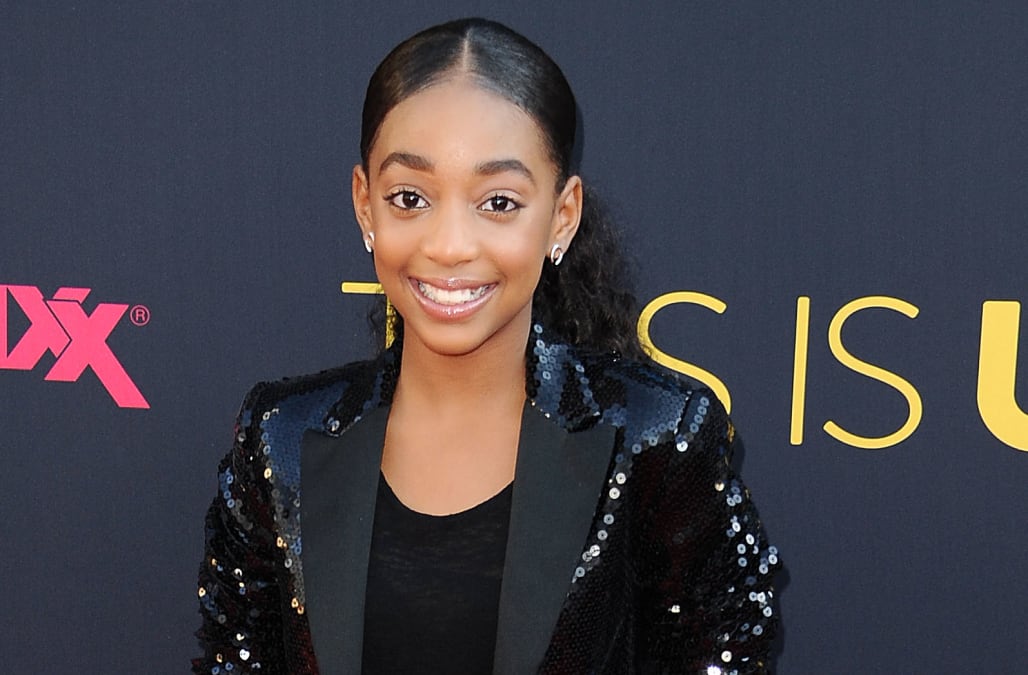 "This Is Us" has been full of shocking moments during its first two seasons, and star Eris Baker has one in particular that sticks out to her as the most surprising.

"The biggest surprise for me was when [my on-screen parents, Randall and Beth] decided that they wanted to adopt in the last episode of season one," Baker told AOL Entertainment over the phone recently. "It left open so many questions -- Did they want a boy or a girl? What age did they want? How were they going to adopt? -- and so it was really surprising for my character."

For Baker, the shocker at the end of the first season meant that she'd be sharing screen time with someone totally new, which turned out to be actress Lyric Ross, who plays her foster sister, Dejá.

"Filming with her has been really fun," she told us of working with Ross. "Tess feels really threatened because she's older than her and coming into her family. Her parents just told her about this, and it's a totally different dynamic. Tess and [younger sister] Annie aren't really sure what to think right now, because we're trying to see what's going to happen and how long she's going to stay."

And playing an older sister on "This Is Us" has proven to be a natural role for Baker, who has three younger sisters in real life.

"Since I have three little sisters in real life and I have a little sister on the show, it's fun and not really different," she explained. "Tess and Annie have an amazing relationship, and me and my sisters have an amazing relationship, and it's all about love. I love my sisters every single day, and I always play with them. Tess and Annie are the same way on the show. We're always messing with each other!"

As for working with Sterling K. Brown and Susan Kelechi Watson, who play her play her parents on the show, Baker says that they're incredibly supportive of her on set and are full of wisdom, especially when it comes to messing up her lines.

"Sometimes when I'm on set, and I mess up a line and have to start again, they'll say, 'Don't worry about it, it's okay! Mistakes happen, and they're a part of life,'" she told us.

"Little quotes and things they say to me on set are so inspiring, and one day I want to be just like them," she continued. "I want to go to the Emmys and do everything they're doing. Dream big or go home!"

More from AOL.com:
Elizabeth Hurley opens up about her fight to end breast cancer: 'Breast cancer doesn't discriminate'
John Legend says that 'we have the responsibility to do better as men' when it comes to sexual harassment
Daya explains how her latest single, 'New,' represents 'a huge step forward' for her