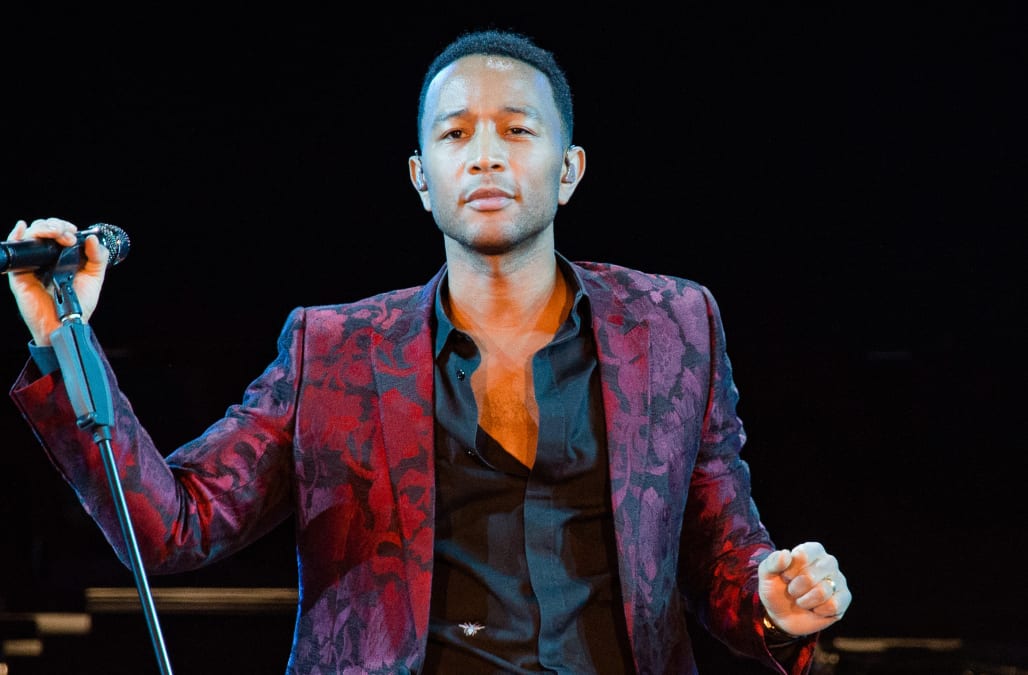 John Legend says men have to do better when it comes to standing up for women as the conversation of sexual harassment and sexual assault continues to evolve.

The musician recently opened up to AOL Entertainment about his mission with AXE to encourage young men to embody inclusive masculinity, when the conversation turned to the bombshell sexual harassment revelations continuing to come out in Hollywood.

"First of all, sexism is awful and affects people all the time in the workplace and school and in so many other circumstances," he told us over the phone. "What we’re seeing right now with the conversation around sexual assault and harassment is crucial. This really needs to change, because it affects so many people -- particularly women -- and it’s perpetrated the vast majority by men. We have a responsibility to do better as men. Hopefully we can improve the way that young men are thinking and behaving in regards to that."

In addition to encouraging men to be better when it comes to the treatment and support of women, Legend is also hoping to inspire young men to express themselves more freely as he teams with AXE's Find Your Magic Initiative to help expand the idea of what it means to be a man.

43 PHOTOS
John Legend out and about
See Gallery

When we spoke to him, the 38-year-old singer was at Centennial High School in Columbus, Ohio, gearing up for AXE Senior Orientation, where he was having a conversation with high school students alongside masculinity expert Carlos Andrés Gómez.

"We could really affect the conversation when it comes to a lot of the issues we're talking about in the press today that have to do with politics and culture and society and criminal justice. If we could have an impact on this issue early on with young people, it could really change the way they move in the world and make it better for all of us," he explained of his mission.

SEE ALSO: Daya explains how her latest single, 'New,' represents 'a huge step forward' for her

"It's cool when people with social capital use it to make the world more free and loving and empathetic," he continued. "I feel like we're giving these young people that chance."

Legend explained that, when it comes to expansive and varied ideas of what it means to be a man, he was at an advantage growing up by having a handful of mentors that encouraged him to create and express himself through his art. His father, who worked in a factory and did "stereotypical manly things," also crafted his own clothing and designed various things around their home growing up. In addition, his musical mentors helped him to get more in touch with his emotions.

"You can't be an artist if you're afraid of your emotions," he told us. "It was a struggle for me. When I was younger, I wanted to feel like I was invincible and completely in control. As I evolved as an artist and as a writer and as a person, I realized that part of the beauty of art is when you allow yourself to be vulnerable, let your emotions come through and actually feel things, so you can write about them."

"If you open yourself up to that, it can create a lot of beauty for your art."

More from AOL.com:
'Today' show Halloween: See the anchors' best costumes through the years!
Cyndi Lauper has been standing behind 'unpopular ideas' for decades
Jenna Dewan Tatum reveals what she learned from working with Jennifer Lopez on 'World of Dance'