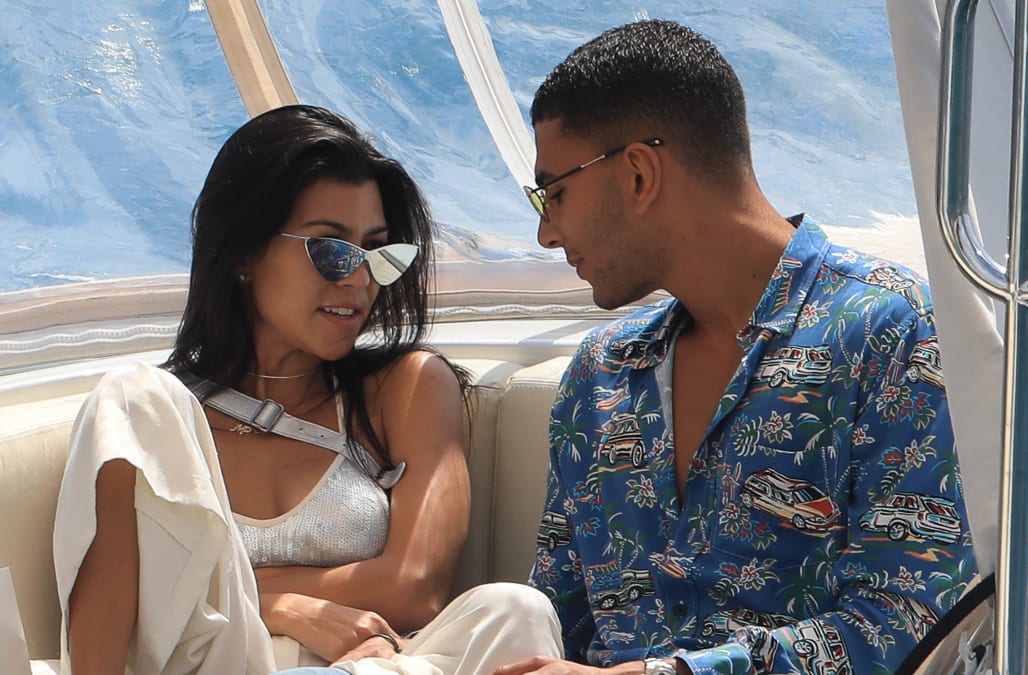 Cannes you feel it?!

Stars like Kourtney Kardashian, Kendall Jenner, Rita Ora and Hailey Baldwin continued to light up the South of France this week with their sizzling hot looks both on and off the red carpet. Kardashian in particular turned heads with her outings with rumored new boyfriend Younes Bendjima, including a particularly wet and wild jet skiing date.

Back in NYC, Chris Pine donned a series of old-school linen suits that made him look like an Old Hollywood movie star, while "DWTS" second runner-up Normani Kordei looked stunning in a baby blue dress one day after the "Dancing With the Stars" finale.

Hailey Baldwin rocked a sexy, red satin ensemble while out and about at the Cannes Film Festival.

Kourtney Kardashian and Younes Bendjima were spotted taking a walk during the 2017 Cannes Film Festival. (Photo by Robino Salvatore/GC Images)
Mariah Carey stepped out in an all-black ensemble in LA. (Photo by Hollywood To You/Star Max/GC Images)
Rosario Dawson stopped to take a selfie with a police officer at AOL Build. (Photo by Raymond Hall/GC Images)

"Moonlight" director Barry Jenkins and "La La Land" producer Jordan Horowitz reunited for the first time since the Oscars at the #AmexGold Dinner at chi SPACCA on Thursday, hosted by the Premier Rewards Gold Card from American Express in partnership with The Infatuation.

Katie Holmes was a vision in red at the American Ballet Theatre Spring 2017 Gala at The Metropolitan Opera House. (Photo by James Devaney/GC Images)
Country singer Sam Hunt attended The Stronach Group Owner's Chalet at the 142nd Preakness Stakes in Baltimore. (Photo by Paul Morigi/Getty Images for The Stronach Group)
Priyanka Chopra was chic as ever at LAX in a khaki bodysuit. (Photo by starzfly/Bauer-Griffin/GC Images)

Jessica Chastain didn't look too happy to see paparazzi waiting for her outside a hotel in Cannes. (Photo by Jacopo Raule/GC Images)
Samuel L. Jackson rocked the red this week in Los Angeles. (Photo by RB/Bauer-Griffin/GC Images)