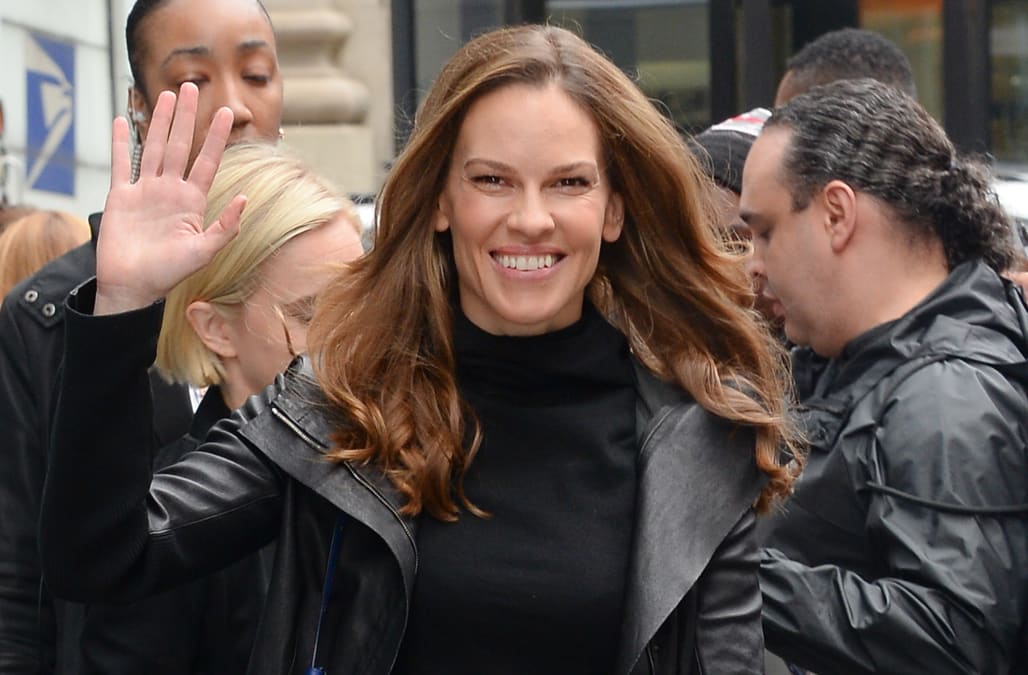 Hilary Swank turns heads in a sexy mini skirt, Gigi Hadid goes stylishly incognito and Hailey Baldwin stuns in a slinky slip dress in some of our favorite celebrity sightings from this week.

More notable spottings came from Justin Theroux, who rocked some on-trend tinted red sunglasses, and Bella Hadid and Winnie Harlow, who partied together at the Bootsy Bellows Pop Up in Monaco.

Justin Bieber was also spotted out and about with pal Patrick Schwarzenegger in SoHo. Schwarzenegger appeared to be cracking Bieber's back as he embraced him from behind, but we're really not sure what was going on there. They also made waves during their surprise visit to a vineyard in the Hamptons.

See our favorite celebrity sightings from this week in the gallery below:

Hilary Swank showed off her toned legs in a black mini skirt during her AOL Build appearance.

Rachel Weisz was the epitome of glamour in NYC. (Photo by Gotham/GC Images)
Nick Jonas gave the paparazzi a wave while out in London. (Photo by Neil Mockford/GC Images)

Bella Hadid and Winnie Harlow partied at The h.wood Group's Bootsy Bellows Grnd Prix Pop Up, which was produced by John Terzian and Brian Toll, at the VIP Room in Monaco, France this week.

Zac Efron did his best prayer-hands-emoji imitation in London. (Photo by Neil Mockford/GC Images)
Brooke Shields carried her own heels and opted for something a little more comfortable while out in NoHo. (Photo by Josiah Kamau/BuzzFoto via Getty Images)

Country singer Lee Brice honored the troops with a performance at the first-ever Budweiser "Salute to Service" concert to support Folds of Honor in Charleston, South Carolina.