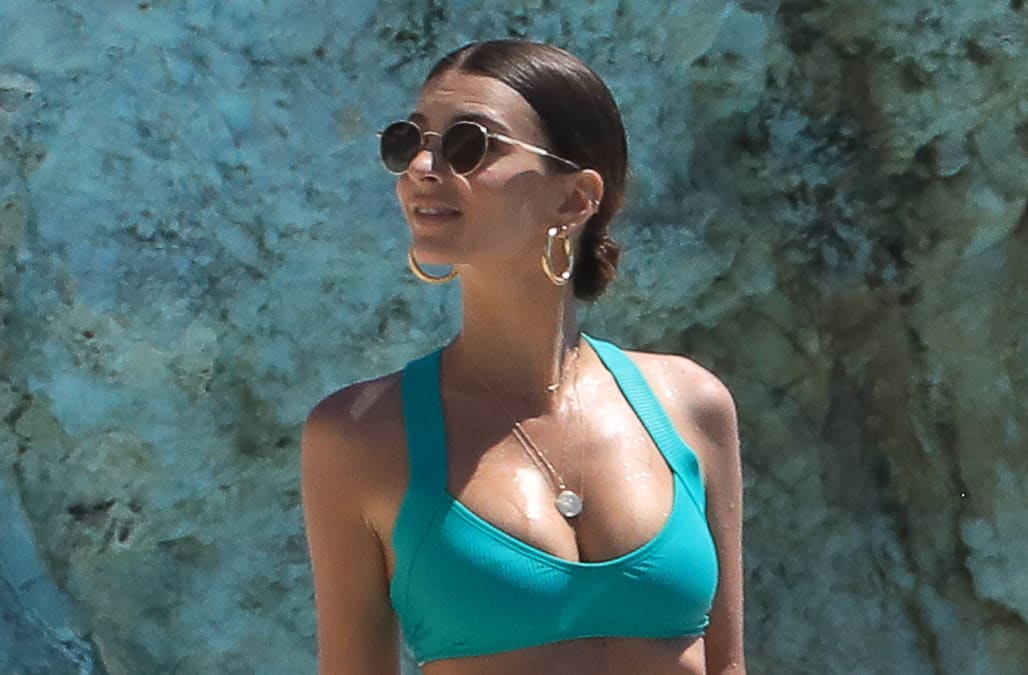 The 70th Annual Cannes Film Festival kicked off in Cannes, France this week, and stars like Bella Hadid, Emily Ratajkowski, Jessica Chastain, Hailey Baldwin and Elle Fanning jetted off to the South of France for the glamorous 10-day event.

Back in NYC, Jenna Dewan Tatum, Jennifer Lopez, Miley Cyrus and Jennifer Garner were spotted out and about all over the city.

See our favorite celebrity sightings from this week:

Stars of ABC's "Speechless" Micah Fowler and Minnie Driver addressed the crowd at the Cerebral Palsy Foundation's Design for Disability Gala in NYC.

Goldie Hawn bundled up while out for a walk with a girlfriend in Los Angeles this week. (Photo by BG004/Bauer-Griffin/GC Images)

Model Emily Ratajkowski rocked a sexy black tube top as she arrived at the airport in Nice with her Away Luggage for the 2017 Cannes Film Festival.

Rita Ora channeled Kim Kardashian while out in NYC. (Photo by Gotham/GC Images)
Bella Hadid posed for a selfie with fans at the Nice airport while on her way to the Cannes Film Festival. (Photo by Marc Piasecki/GC Images)

Jennifer Garner got in some retail therapy during a trip to NYC.

Jennifer Lopez was spotted FaceTiming with boyfriend Alex Rodriguez while on the set of "Shades of Blue."