Mariah Carey called 'bananas' after cameo 'did not go well' 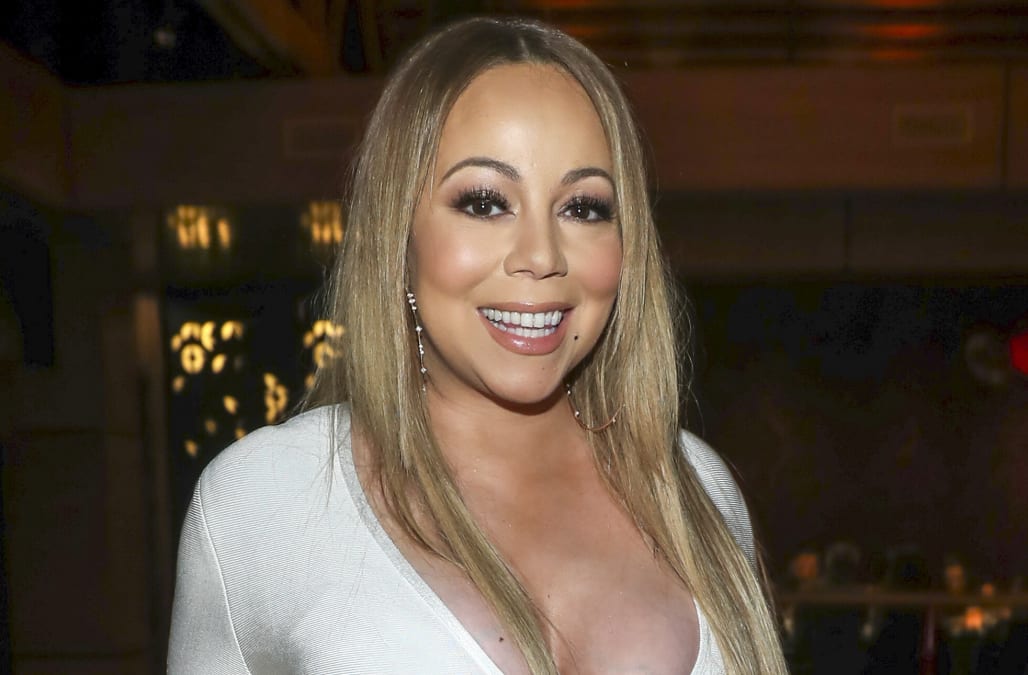 Rob Huebel, who is in the film starring Will Ferrell and Amy Poehler, recently spoke out about Carey's one day on set during an interview on Entertainment Weekly's SirirusXM channel and called the whole experience "bananas."

"We did some reshoots with a pop star named Mariah Carey," he revealed. "It did not go well. [...] F--king what is going on with her? It was bananas!"

Carey, who was hired to sing one song in one scene of the upcoming release, allegedly had "amazing requests" that included "all white roses" and stuffed animal lambs in her trailer on set. Oh, and Huebel also claims that she showed up four hours after her given call time.

The "Heartbreaker" singer plays herself in the film, though, according to the actor, that was a bit too much for her to handle.

"She was hired to sing one song, and she was like, 'You guys, I don't want to sing that song.' They're like, 'We hired you to sing this song.' So then they were going to do this bit where they shoot her, I think, and they kill her -- in the movie. Not in real life. But she didn't want that," he explained to Entertainment Weekly. "She was like, 'I don't think my character would get killed by bullets. What if I deflected them like Wonder Woman?' They were like, 'Mariah, we don't have time for [this]. You're getting paid so much money. We have you for one day. We don't have time to argue with you. Just do it.' She just didn't want to do what they wanted her to do. Anyway, why am I talking trash about her?"

Of course, for those familiar with Carey, her alleged behavior on set shouldn't come as a total surprise. She has long embraced her over-the-top persona and reports of massive demands, feuds and diva behavior have riddled her career. What is unusual, though, is that a star is so willing to speak openly about his experience with her on-set behavior.

"Just know, if you see her, they had to work for it," Huebel finished.

More from AOL.com:
The internet did not have the time of their lives watching the 'Dirty Dancing' remake
Christie Brinkley and Billy Joel's daughter, Alexa Ray, goes topless in sultry beach photo
At work with Gwyneth Paltrow: 6 lessons in business and why she gave up acting for Goop