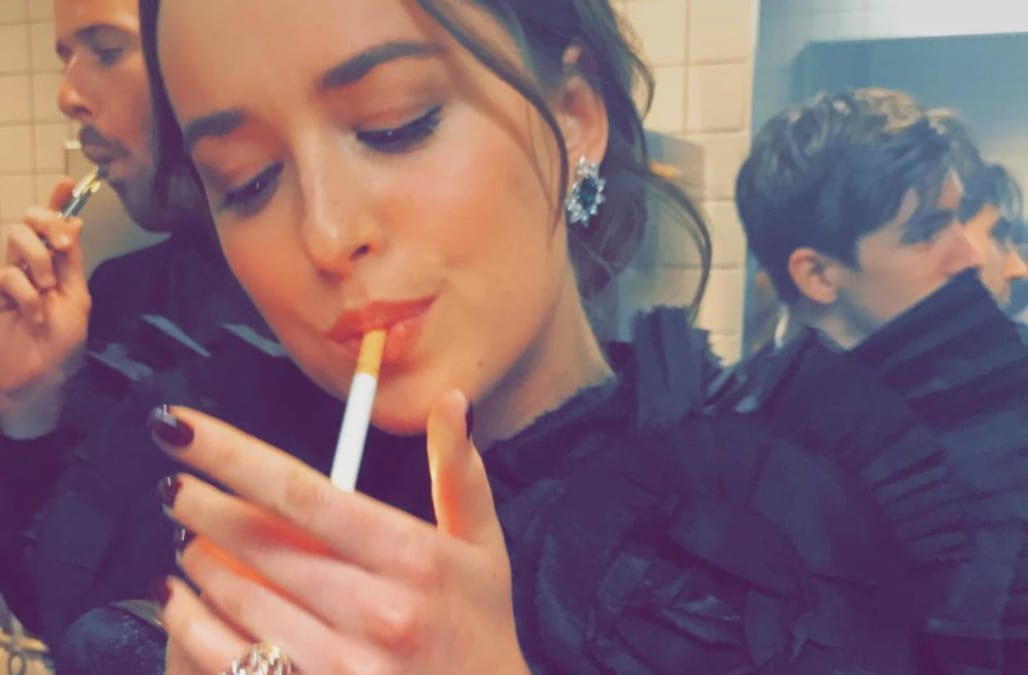 The Met Gala is the most exclusive event of the year, and the invitation-only ball routinely draws the biggest names in fashion, celebrity, sports and journalism so the Metropolitan Museum of Art.

Didn't snag an invitation? Good luck having any idea what goes on inside the dinner, because guests are famously discouraged from taking photos. Of course, with that didn't stop celebrities like Kim Kardashian, Karlie Kloss, Rita Ora and Bella Hadid from snapping epic behind-the-scenes photos from this year's Met Gala.

Ora took to Snapchat to catch "Fifty Shades Darker" star Dakota Johnson lighting up a cigarette in the bathroom at the Met, while Kim Kardashian posed with Rihanna, Donatella Versace and Hadid at the sit-down dinner.

Hadid zoomed in on friend Kendall Jenner's exposed derrière, and Kylie Jenner took a picture of Kendall and her rumored boyfriend A$AP Rocky. Model Hailey Baldwin hung out with friend and Off-White designer, Virgil Abloh, while Chrissy Teigen and John Legend sat down for dinner with Rami Malek.

Check out the best celebrity Snapchats -- and Instagram Stories -- from the 2017 Met Gala: