Katherine Schwarzenegger reveals the life lessons she has learned from her mother, Maria Shriver 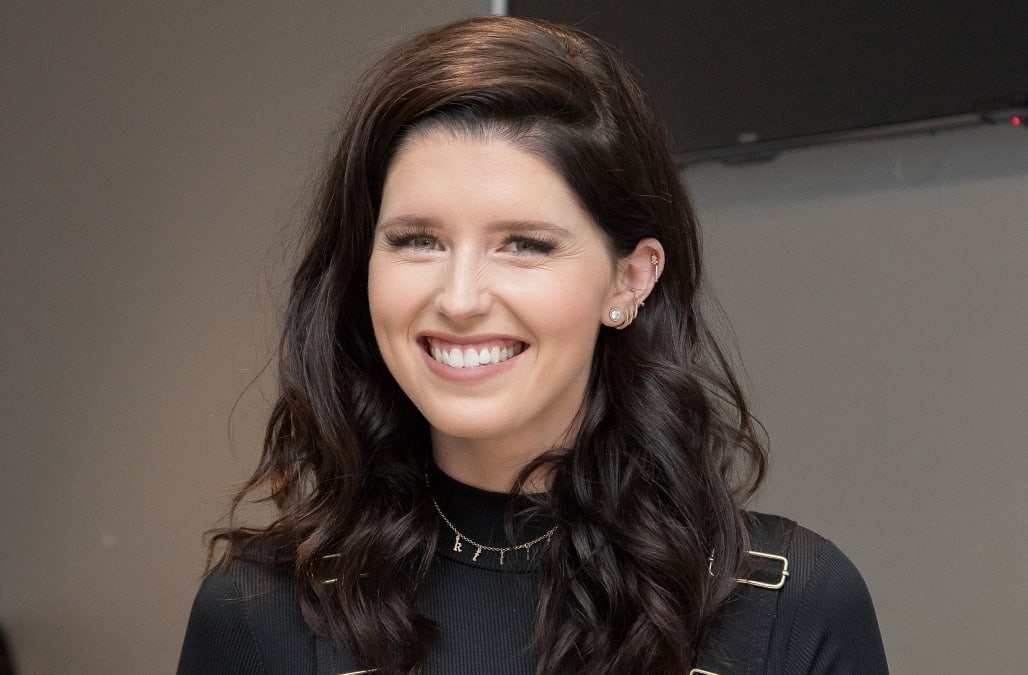 Katherine Schwarzenegger, the daughter of Maria Shriver and Arnold Schwarzenegger, has learned a lot from her iconic mother. Whether it's following her passions, speaking out on things she believes in, giving back or even just making sure her home is properly prepared before throwing a party, Shriver has taught her oldest child a lot.

The pair are "best friends," as Katherine told me during a recent sit-down interview, and even went to the Women's March in Los Angeles together a couple of weeks ago.

SEE ALSO: Miranda Kerr reveals how her son reacts to seeing her on billboards, talks about new Super Bowl commercial

Though she takes after her mother -- and looks like her, too! -- Katherine is also forging her own path in life. Between her lifestyle blog, her passion for animal rescue and her brand new partnership with Febreze and Charmin, the 27-year-old is ready to make her mark on the world.

I recently sat down with Katherine Schwarzenegger to talk about throwing the perfect party, what she has learned from her famous parents, her new "Halftime Bathroom Break" campaign with Febreze and Charmin and her incredibly close bond with her three siblings.

21 PHOTOS
Katherine Schwarzenegger out and about
See Gallery

Check out my full conversation with Katherine Schwarzenegger below:

What are your plans for the Super Bowl this weekend?

Of course have a Super Bowl party! We usually have it at my mom's house, but she's going to be out of town, so we might just do it with my siblings and I somewhere.

So it's going to be a family affair?

Everything in our family is a family affair! Everything is a family and friends affair, and we usually have a lot of people at my mom's house [for the Super Bowl]. She loves throwing parties, and because I grew up watching her throw parties, in turn I've started to love throwing parties of my own as I've gotten older. She's taught me so many things about how to host and throw a perfect party!

When I actually heard about this campaign, it was funny because one of the things she's always told me is to make sure your guest bathroom is ready, and that it's just like every other room, so you shouldn't neglect that. So, when this campaign with Febreze and Charmin came about, and it was all about making your guest bathroom "Halftime Bathroom Break" ready, I loved it.

What's the campaign all about?

It's all about making sure your bathrooms are "Halftime Bathroom Break" ready -- more than half of people fail to pay attention to their bathrooms and forget to get their bathrooms ready [for guests] -- so, making sure it's stocked with Charmin and Febreze, with its new OdorClear technology, so you don't have to be bothered as a hostess. When everybody runs to the bathroom, you want to make sure you're able to see the halftime show, because we all want to make sure we see Lady Gaga!

How do you make a Super Bowl party unique at this point? Haven't we seen it all on Pinterest already?

When it comes to Super Bowl parties, I think getting really fun and festive is a great thing to do. One of the things we do is to use fun things like AstroTurf to make it football themed. You can cut it into any shape, so you can make coasters with it or we put it in the bathroom to make a little mat on the floor. That's always really fun.

Regardless of what kind of party you're throwing, what are a couple of rules that you always like to follow?

The first thing I would say is the more the merrier, which is something my mom always taught me growing up. We have a very big family and we all have a lot of friends and -- especially as we've gotten older -- we like to bring more people around. It can be overwhelming, but that's a really fun thing. Another thing that my mom always talks about is making sure that every room is ready -- whether that's your living room or your family room or your kitchen or your guest bathroom -- it's making sure you're catering to all of your guests' needs. And just have fun and don't take it too seriously.

Which is easier said than done when hosting a party...

It's very hard! Both of my parents are very good at that, though. They just have this quality where nothing fazes them. Feeling unprepared is the most stressful thing as a hostess, which is why this campaign is perfect -- it's all about being prepared, which is something I'm really into. [Laughs] It's funny because you don't think about things like your bathroom, but it's very important.

You've mentioned advice you've gotten from your mom a couple of times. What's your relationship like?

We are very close. My mom is my best friend, and we do everything together. I recently moved, and she's helped me a lot with that. But I'd say that my whole family is super close; I'm very close to my dad and all my siblings -- we literally do everything together! We're all in L.A. now and it's really awesome; we spend a ton of time together. I really don't do anything without them, which is a good thing and a bad thing. [Laughs]

I'm a typical oldest sibling. I think of myself as being like mom No. 2, so I'm always saying, "don't do that" or "do this." My youngest sibling, Christopher, is eight years younger and in college now, so I'm constantly FaceTiming him and sending him Febreze and Charmin products to make sure his dorm room smells really good. [Laughs] My siblings and I are really close, and my parents did a really good job in raising us that way. It gets more fun as you get older -- age stops mattering, which makes it more enjoyable.

So, obviously your dad has a high-profile new gig with "The New Celebrity Apprentice." What do you think of the show?

I think it's awesome! He's so excited about the show, and my dad is somebody who, when he gets a new job or a new role, he puts his full energy into it, and I think he's really done that. The show has been so amazing. I love to see him try new things -- I like to see my whole family try new things that pull them out of their comfort zones -- and I think for him he really wanted to make this the best and biggest "Apprentice" possible.

What have you learned from him either as a leader or business-wise?

My dad is somebody who is very big into not listening to the naysayers or the negative people around you, and he's always taught me that with whatever I do. As well as to always follow what you're passionate about. Whether it's lifestyle or party planning or working with amazing companies like Febreze and Charmin. I have my lifestyle site, I've written two books and my parents have always been very supportive of everything I do.

Both of my parents are really go-getters, and I've learned a lot of things from both of them that are very similar, because both my mom and my dad are very ambitious people. To watch them try new things -- my dad with "The Apprentice," my mom with her amazing Alzheimer's work - is inspiring to me.

You've written two books. Do you have plans for a third?

I am working on a third right now, but it's a little different: It's a children's book! It's a little story time book. I'm very passionate about animal rescue, so I'm doing it about my dog that I rescued. It'll be fun!

Amazing! Any other exciting plans for 2017?

I want to do a lot with women and women's empowerment, so I want to start doing an intimate dinner series and a younger version of what my mom did with The Women's Conference when she was first lady of California.

Speaking of which, you were at the Women's March in L.A. What was that experience like for you?

It was incredible! I grew up with my mom and grandmother being very empowered and taking us to different events that would make us feel that way, so to see change happening in the world was an incredible experience. To see that many people come together -- women and men -- you would think that it would just be women, but it was more than that. To see everyone getting on the same page and get excited about standing up for each other and women's rights and to fight for what they think is right was an incredible experience. You leave that experience just feeling very fired up and excited about this. It didn't seem as though anything mattered other than just coming together.

Given your family's political background, do you feel any extra pressure to speak out on political issues? Or pressure not to?

I don't feel pressure, I just think it's naturally in me to talk about things that I'm passionate about. Whether that's animal rescue or making sure that your bathroom if Super Bowl halftime ready; it doesn't matter what it is. I think that both of my parents raised us kids to go after what we're passionate about and to be able to know that it doesn't matter what we do in life as long as we go after our passions and work really hard. I think it would be hard to grow up in my family and not have passion to make a difference or give back.

More from AOL.com:
Kathryn Hahn talks 'Bad Moms' sequel: 'You're going to get to meet our moms!'
Lance Bass is ready for his 'next chapter'
Heidi Klum reveals 'special project' with 'America's Got Talent' host Nick Cannon