Miranda Kerr reveals how her son reacts to seeing her on billboards, talks about new Super Bowl commercial 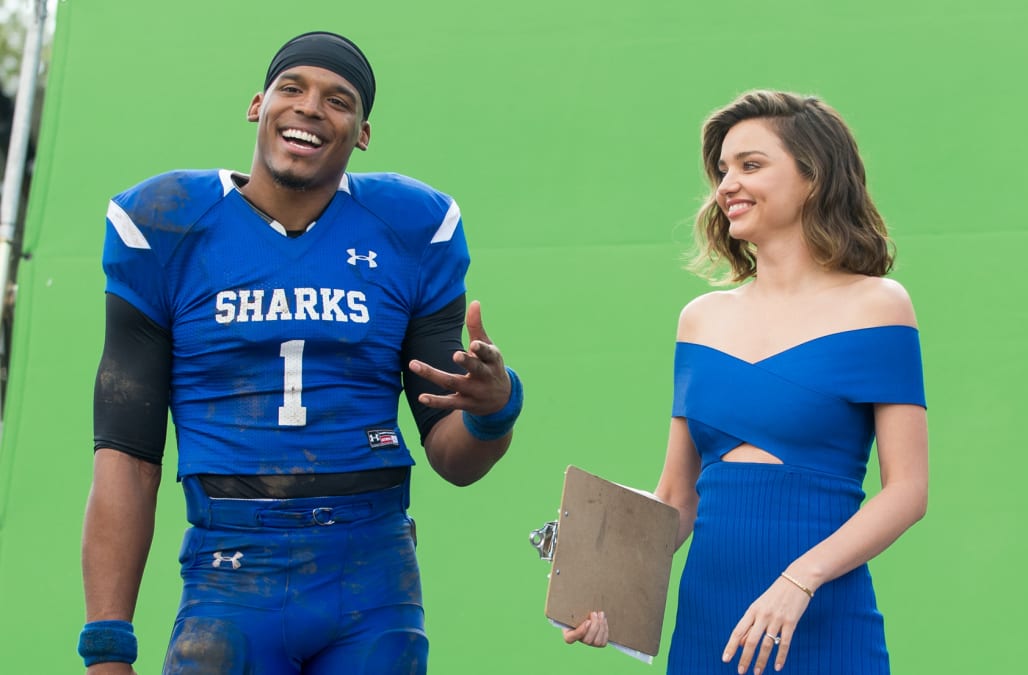 Miranda Kerr's second-ever Super Bowl commercial premiered on Wednesday, and the cute spot for Buick is sure to be one of the better celebrity commercials we see during Super Bowl LI.

The supermodel stars in the commercial alongside Panthers quarterback, Cam Newton, and it follows a tense Pee Wee football game that ends with two unexpected twists.

I recently caught up with Miranda Kerr to talk about how the commercial came to be, what her plans for the Super Bowl are and how her son, Flynn, reacts to seeing her work.

Check out my full conversation with Miranda Kerr below:

Let's talk about your Buick "Pee Wee" Super Bowl commercial! How did you get involved?

Buick reached out, and when they explained the creative to me, I thought it was totally adorable with the little pee wee football team, and the fun little way that the Buick is involved. Also, the unexpected twist at the end, where the little boy turns into Cam Newton and the coach turns into me, was so cute. [Laughs]

So, it was really fun and sweet, and obviously the Super Bowl is such a big part of American culture. It's such an iconic thing to be a part of -- a Super Bowl commercial! -- when they reached out to me, I thought it was amazing. I saw the Casada and the Encore and thought they were really beautiful vehicles -- they have timeless design and great performance.

What was it like on set filming with Cam Newton?

Cam was great! We had to do a lot of behind-the-scenes with the cars, so we had the music going and we were dancing and having fun. It was great. We had such a good time with the little football team, and they were so excited to see him. It was adorable! 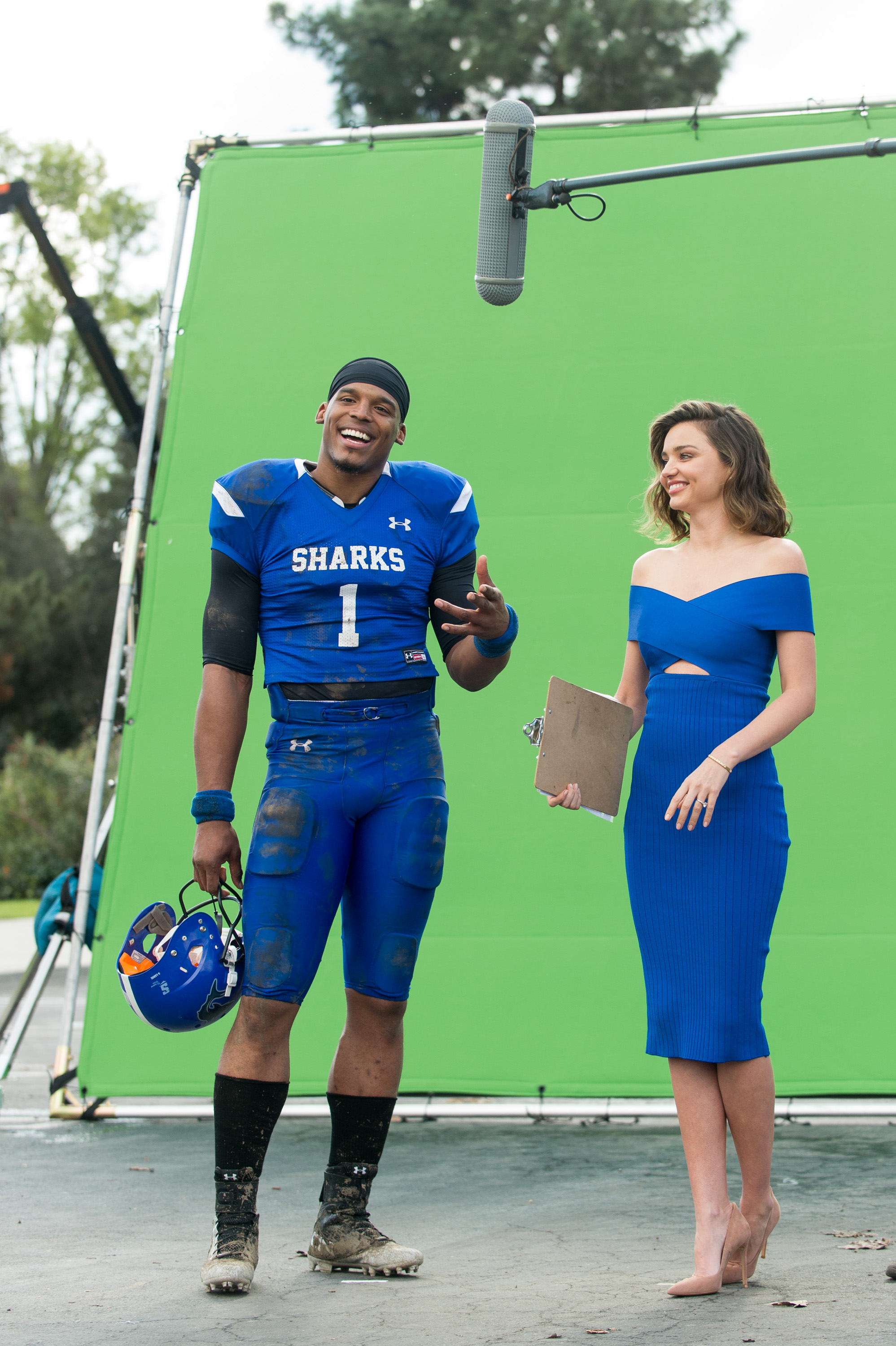 How does it feel to know that so many people are going to see this commercial on Sunday?

I think it's great! I mean, the fun thing is that everyone around the world loves the Super Bowl and watches the commercials, so it was really fun to be a part of that.

Growing up in Australia, do you remember the first Super Bowl you ever watched?

No, actually! But, I was at a Super Bowl game a few years back now, and it was just really fun to be there and a part of that excitement.

What are your plans for watching the game (and the premiere of your Buick commercial)?

I'll be cooking, because I love to cook and cater to everyone! I just have this weird thing where I love cooking for people and seeing when they're like, "Oh, this is so yummy!" It makes me feel happy. So, yeah, I'll be cooking and having a few friends over.

Has your son Flynn seen the commercial? How does he react to seeing you on TV?

He hasn't seen the commercial! The funny thing is, if we're going past somewhere and he sees me on a billboard or something, he'll be like, "Mom? Is that you?" And I just try to not make a big deal out of it, you know? It's just like, "That's Mommy's work! That's Mommy's job!"