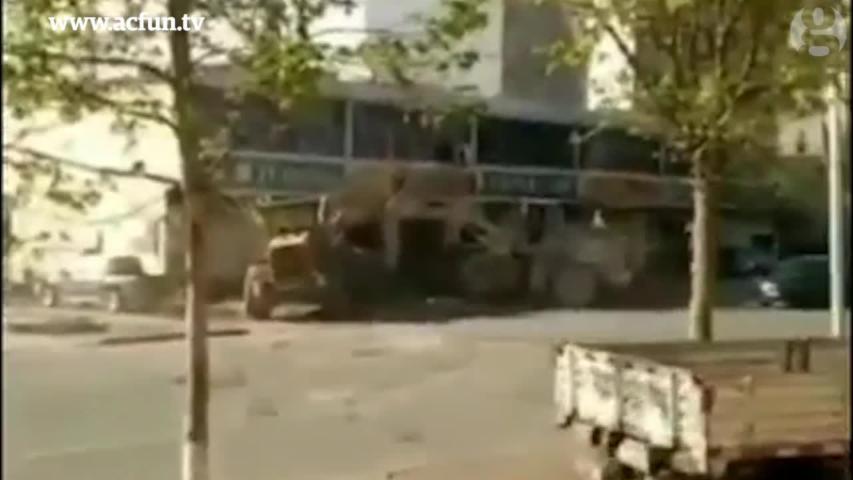 Well this a bizarre site you don't see everyday. A quarrel over a construction site in China erupted into an epic and dangerous battle between multiple bulldozers -- and it was all caught on video.

Officials are reportedly staying tight-lipped about the incident until an investigation is completed, according to The Guardian, but Xu Feng, a local government spokesman in Hebei province's Xingtang county, said the workers were from rival construction companies who were competing for business.

In the video the bulldozers are seen slamming into each other in the middle of the street as cars come to a halt and try to drive around to avoid the clashing machines.

At the end of the video one of the bulldozers is pushed over on its side as even more construction machines join the brawl.