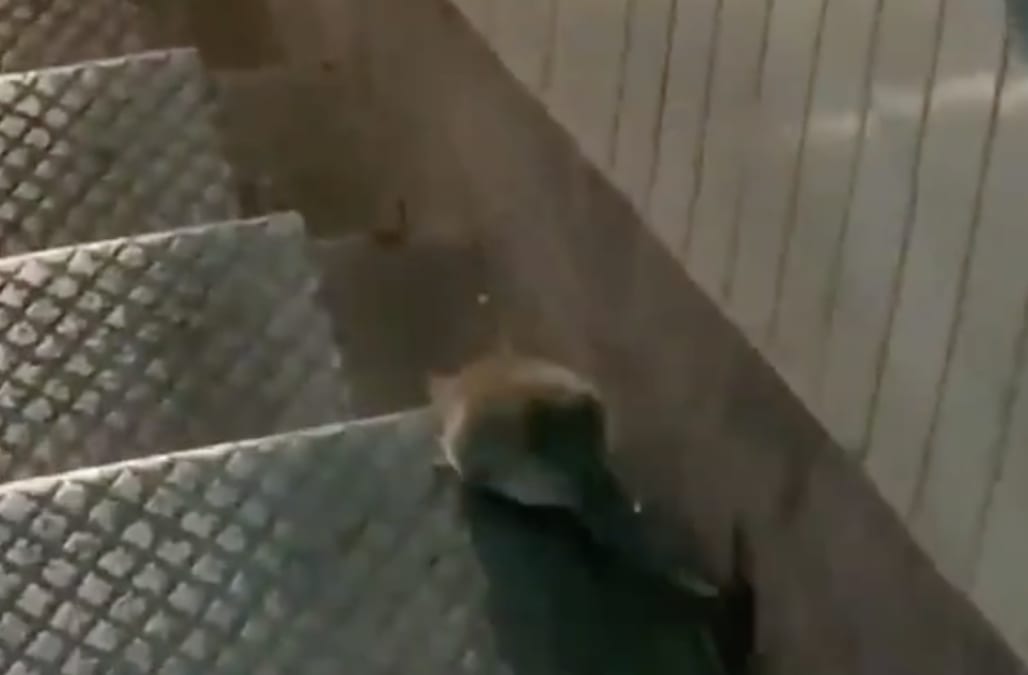 First, there was pizza rat. Then, there was selfie rat. Now, a new rat has emerged from the shadows in an attempt to one-up them all.

Last Friday, Twitter account @SubwayCreatures shared a 15-second clip in which a hungry rat scrambles down a flight of subway stairs with an Egg McMuffin in its mouth.

And just like that a star was born—Egg McMuffin Rat #subwaycreaturespic.twitter.com/vCeVirHRUK

In the short clip, an onlooker commends the rat, saying, “He deserves it.”

Another appears to be confused and asks, “What is he carrying?”

“McDonald’s?” the second one asks incredulously.

“It’s an Egg McMuffin,” the first one says.

The video has since gone viral, receiving over 3,000 likes and more than 200 comments.

“That’s a sausage McMuffin,” one person tweeted in response, in an attempt to set the record straight. “Be careful she will coming back for her coffee. It’s part of the $2 combo.”

That's a sausage McMuffin. Be careful she will coming back for her coffee. It's part of the $2 combo.

“Hey, our rats are full of ingenuity,” another wrote. “Pizza, egg mcmuffins, nothing is too good (or too big) for them.”

Hey, our rats are full of ingenuity. Pizza, egg mcmuffins, nothing is too good (or too big) for them.