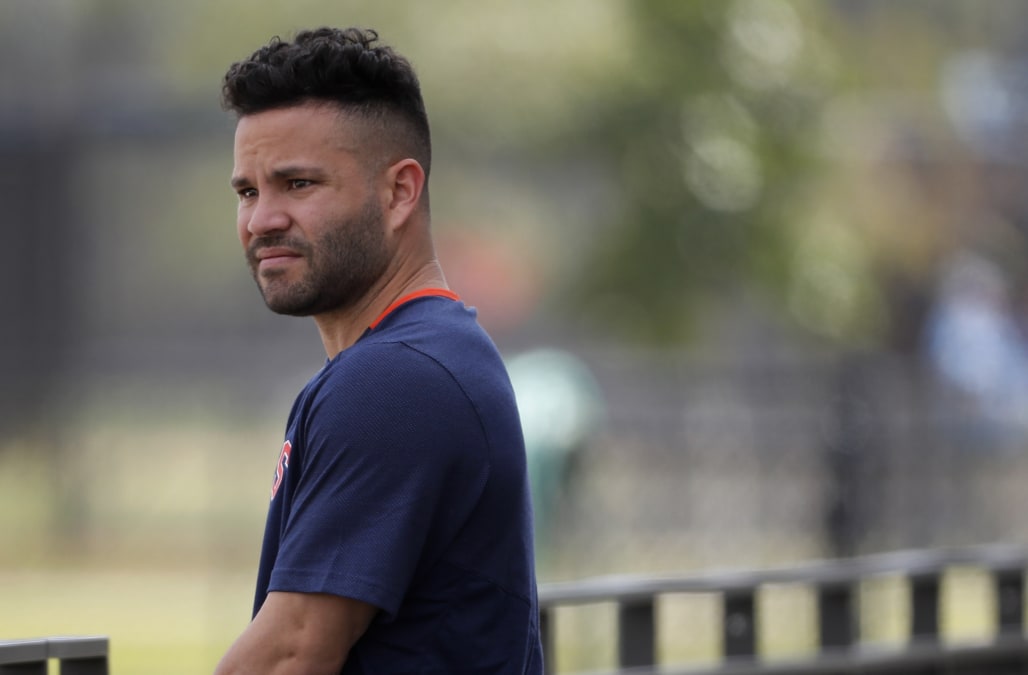 If the heckling of fans during spring training is already getting to the Houston Astros, they may not like what's bound to come their way during the regular season.

Two clips posted to the "2020 Astros Shame Tour" Twitter account over the weekend show that some of the comments made by fans both on the road and at home are getting reactions — and even responses — out of Astros players and personnel.

First, during a rain delay on Saturday, a fan recorded himself shouting into the team's dugout, asking if they were planning to return their World Series trophy and championship rings from 2017, the season during which the team was convicted of an intricate sign-stealing scheme.

SEE ALSO: Astros strike back at critics: 'We're going to go out there and win and shut everybody up'

The fan's comments rattled at least one member of the organization, who responded by telling the fan to "keep paying to come see us." It's unclear if the reaction came from a player, coach or other team personnel. The clip has so far collected nearly 2 million views on Twitter.

Some of these fans are getting right up in there at spring training pic.twitter.com/3CS9F2F9lg

One day later, another fan recorded himself yelling at Astros second baseman Jose Altuve while he was preparing to bat, asking the 2017 MVP if he would be giving up his award in favor of runner-up Aaron Judge of the New York Yankees.

While it's unclear if Altuve verbally interacted with the fan, he did turn and look in the direction of the stands during the heckling. Another fan in a seat nearby could be heard telling the heckler to "shut up" multiple times.

Retaliation by fans and players around the league was expected as soon as Major League Baseball handed down punishments for the scandal that did not include any sort of penalty for any player nor the stripping of the 2017 title. Fans of the Los Angeles Dodgers, who lost to the Astros in the 2017 World Series, and the Yankees, who lost to the team in both the 2017 and 2019 American League playoffs, are among the angriest.

The Astros open the 2020 MLB season at home against the Los Angeles Angels on March 26.

More from Aol.com:
How MLB is trying to limit cheating after the Astros scandal
Mike Trout whacked a golf ball into another solar system
Ken Giles would give back tainted 2017 Astros World Series ring