MLB players react to Astros' apology for stealing signs: 'They didn't own up to anything' 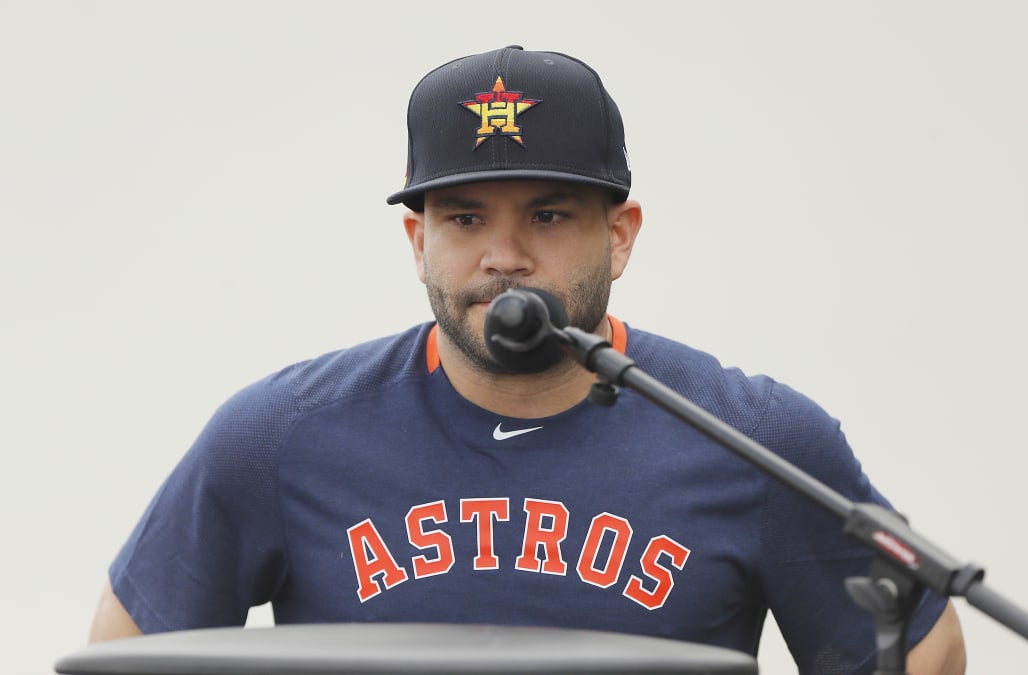 It took months, but the Houston Astros finally apologized for the team’s 2017 sign-stealing scandal. The team held a press conference Thursday in which Jose Altuve and Alex Bregman read prepared statements and owner Jim Crane answered questions. Following that presser, the Astros opened the clubhouse, giving Astros players the opportunity to address the issue.

For months, this is all many around the game wanted. Opposing players wanted the Astros to take accountability for cheating and show remorse for their actions.

If the early reactions are to be believed, opposing players — and former players — weren’t satisfied with what they heard from the Astros on Thursday.

A few players took issue with the way the team handled the situation.

Sean Manaea was pretty unimpressed with the Astros presser this morning. “They didn’t own up to anything, they all just sort of said the same thing. They want to move on but they haven’t even said what they’ve done.”

Didn’t think it was possibly but after the #Astros press conference, they look even worse. Have a bigger target on their backs. #MLBhttps://t.co/np5Qc056Ou

But the majority of the complaints came after Crane told reporters he didn’t think the Astros’ sign-stealing had an impact on games. That comment struck a nerve.

Aaron Boone on Jim Crane’s comment about competition not being impacted by sign stealing: “That’s a stretch.”

Right...they did it because trash can acoustics are good for the soul.

Yes, they had a good team. But of course it impacted the game. If it didn’t impact the game, why continue it? Don’t play the public for fools. Just apologize, be accountable, and move forward. https://t.co/Hf7iFL7FRz

Oh. My. Goodness.
How can anyone take this man seriously anymore?! 🤣🤣🤣 https://t.co/6eReMeBpON

Aroldis Chapman said he disagrees with Jim Crane’s assertion that the Astros sign stealing had no “impact” on the outcome of games. pic.twitter.com/XQg9Tz4f1K

Did Jim Crane just say “we don’t believe what we did impacted the game”? Hahahahaha this guy is on the moon.

Somebody must have a buzzer or microphone in Jim Cranes ear because he is dancing all over the place.