Von Miller's relationship with his now-iconic glasses inspires him to 'tackle all things vision,' including glaucoma 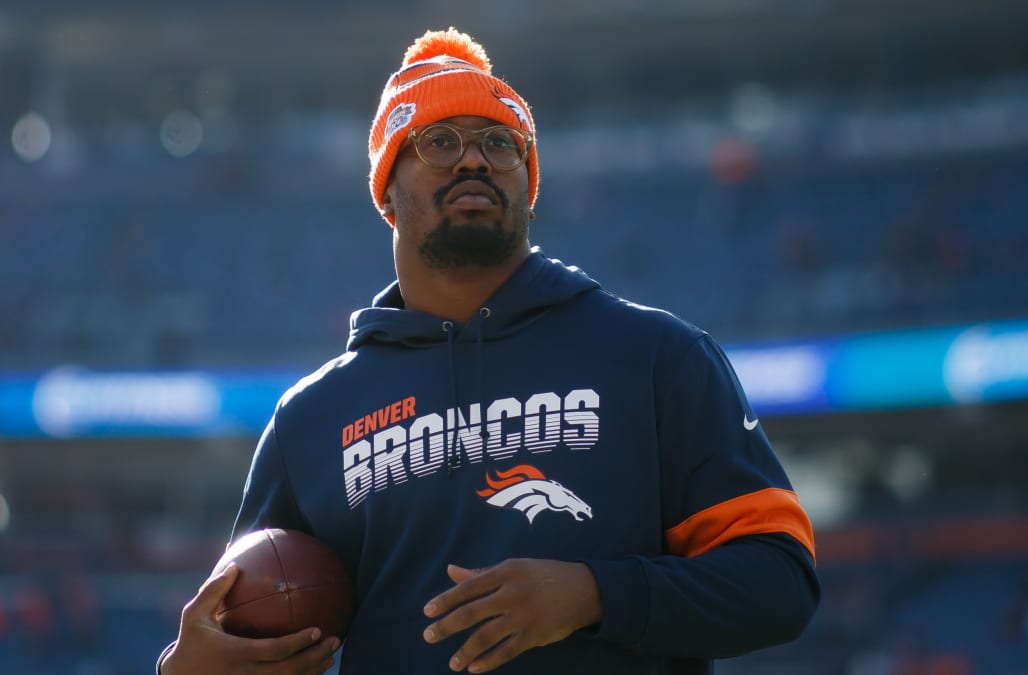 Even Super Bowl MVPs struggle with self-confidence issues — and for Von Miller, his up-and-down relationship with his now-iconic glasses has inspired him to give back.

"I first found out that I had vision issues by going to the eye doctor," the Denver Broncos linebacker told AOL Sports, "but before that appointment, I just thought it was regular. I thought not seeing the board [in school] and not being able to see stuff was regular."

At that first eye doctor appointment, Miller found out his vision was even worse than he initially thought, and it wasn't until he became a star in the NFL that he became comfortable in making his glasses work with his personal style. Shortly thereafter, he channeled his newfound confidence into assistance for others — especially children — with his foundation, Von's Vision.

"I like the quote from 'Spiderman,'" Miller said. "I think it was Uncle Ben. He said, 'With great power comes great responsibility.' I felt like with my platform of being in the National Football League and seeing what so many other people had done with their platform, I wanted to do some similar stuff."

"I started Von's Vision to give back glasses, contacts, eye exams and pretty much everything to do with the eyes back to kids," he continued. "And so many kids were wearing glasses just because I wore glasses. It became a thing after that."

Self-esteem, of course, isn't the only aspect of life that vision problems can affect, and the Most Valuable Player of Super Bowl 50 knows that. Miller's work has led him to support many related eye health causes, including the My Glaucoma campaign, which urges people to test their knowledge about the disease — and to get themselves checked.

More than 70 million people around the world have been diagnosed with glaucoma, and over the course of 10 years, 27% of those affected will go blind in one of their eyes, according to My Glaucoma. Miller's hope is that everyone is able to obtain more information and knowledge about the disease through his work with the campaign.

"For me, I've dealt with so many vision issues growing up, and it really took a hit on my self-confidence," he said. "It created this passion when it comes to vision, and I wanted to raise awareness for MyGlaucoma.com and tackle all things vision."

Of course, nothing can replace a good old-fashioned visit to the eye doctor, so after taking My Glaucoma's quiz to test your knowledge of the disease, be sure to make an appointment to get yourself (or a loved one!) checked.