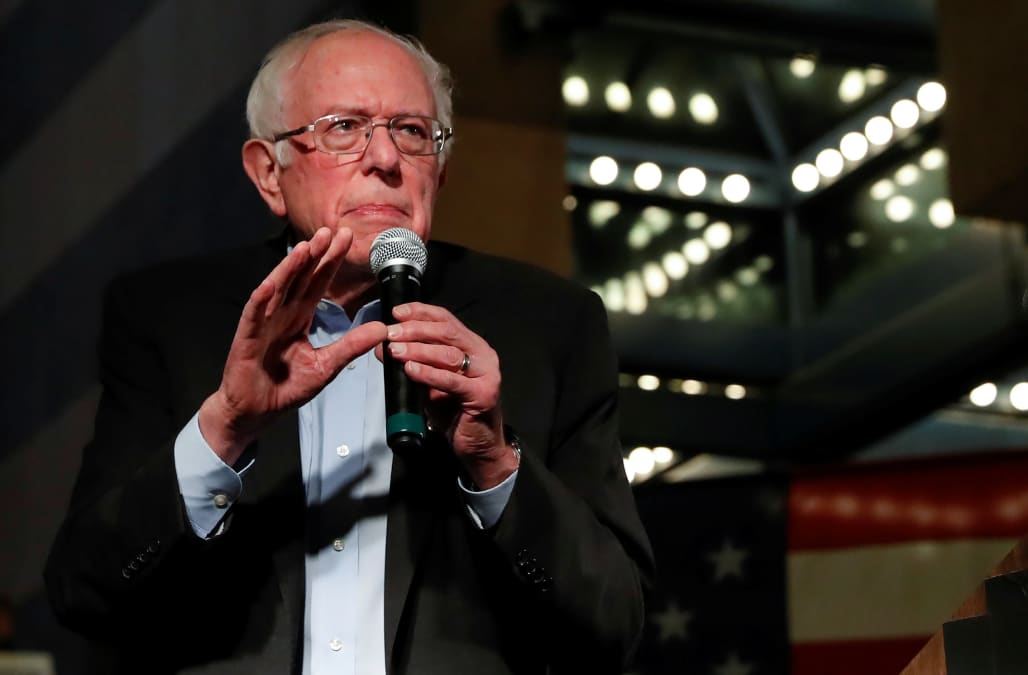 Sen. Bernie Sanders is seemingly unfazed by Hillary Clinton's attacks claiming that "nobody likes him."

Geoff Bennett, an NBC News reporter, revealed Sanders' reaction to an interview where the former secretary of state doubled down on attacks she made against him in her new documentary, "Hillary."

"On a good day, my wife likes me, so let’s clear the air on that one," he reportedly said.

I just asked @SenSanders for his reaction to @HillaryClinton saying “no one likes” him. He said, “On a good day, my wife likes me, so let’s clear the air on that one.” He then pivoted to talking about impeachment. More tonight on @NBCNightlyNews

In an interview with the Hollywood Reporter released Tuesday, Clinton confirmed attacks she made against her former rival revealed in her forthcoming four-part Hulu series.

"He was in Congress for years," Clinton reportedly says in the documentary. "He had one senator support him. Nobody likes him, nobody wants to work with him, he got nothing done. He was a career politician. It's all just baloney and I feel so bad that people got sucked into it."

In an earlier statement on Clinton's comments, Sanders said his priority at the moment is President Trump's Senate impeachment trial.

The Democratic presidential hopeful also seemed puzzled as to why Clinton is still talking about the last election.

When asked why he thinks Clinton is still talking about 2016, he said: "That’s a good question. You should ask her."

More from Aol.com:
Hillary Clinton blasts Bernie Sanders: 'Nobody likes him, nobody wants to work with him'
Tucker Carlson issues ominous 2020 warning to Trump and all Republicans
Biden campaign warns against media use of Trump disinformation during impeachment trial