Hillary Clinton blasts Bernie Sanders: 'Nobody likes him, nobody wants to work with him' 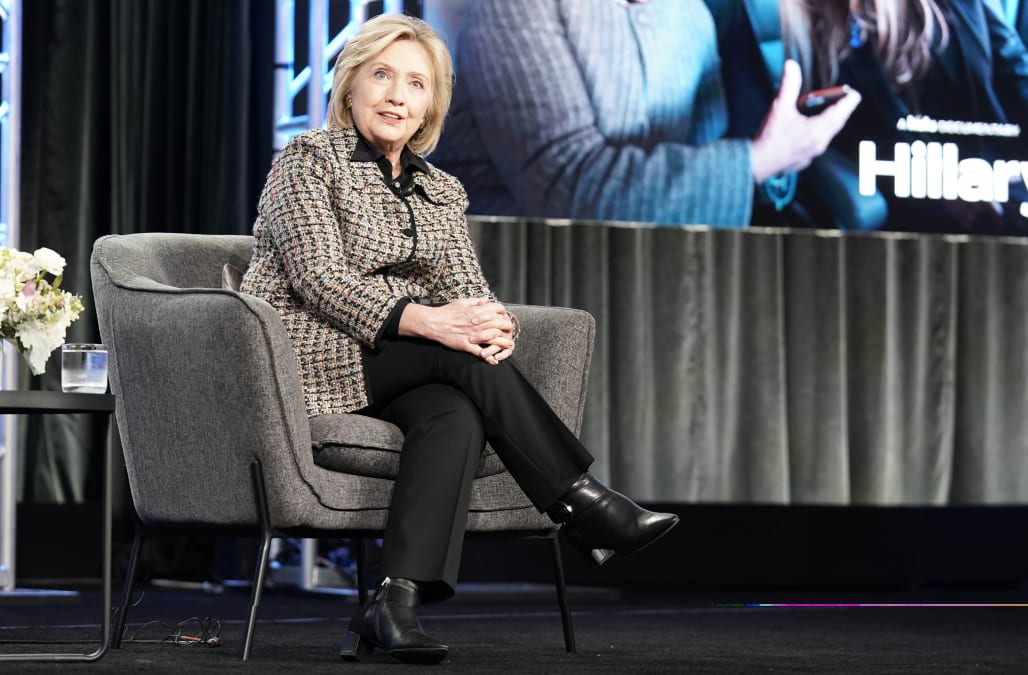 Hillary Clinton didn't hold back her on her thoughts about her former rival Sen. Bernie Sanders in a new interview.

In an interview with the Hollywood Reporter in anticipation of her four-part Hulu series "Hillary," the former secretary of state doubled down on attacks she made against Sanders in the documentary.

"He was in Congress for years," Clinton reportedly says in the documentary. "He had one senator support him. Nobody likes him, nobody wants to work with him, he got nothing done. He was a career politician. It's all just baloney and I feel so bad that people got sucked into it."

When asked if that assessment still holds today, she said: "Yes, it does."

In 2016, Sanders endorsed Clinton following the primary. But Clinton refused to confirm whether she would do the same this year, should Sanders win the Democratic nomination.

"I'm not going to go there yet. We're still in a very vigorous primary season," Clinton said of a possible endorsement of his campaign.

Clinton went on to criticize the "culture" around the Democratic presidential candidate, calling it "worrisome."

"It's his online 'Bernie Bros' and their relentless attacks on lots of his competitors, particularly the women. And I really hope people are paying attention to that because it should be worrisome that he has permitted this culture — not only permitted, [but he] seems to really be very much supporting it," she told the Hollywood Reporter.

Clinton's comments were released just hours after Joe Biden accepted Sanders' apology on Twitter after the senator's campaign shared an op-ed claiming that Biden has a "big corruption problem."

Thanks for acknowledging this, Bernie. These kinds of attacks have no place in this primary. Let’s all keep our focus on making Donald Trump a one-term president. https://t.co/tmFbLm98xd

"Thanks for acknowledging this, Bernie," the former vice president tweeted. "These kinds of attacks have no place in this primary. Let’s all keep our focus on making Donald Trump a one-term president."

The four-hour docuseries, "Hillary," will premiere in its entirety March 6 on Hulu.