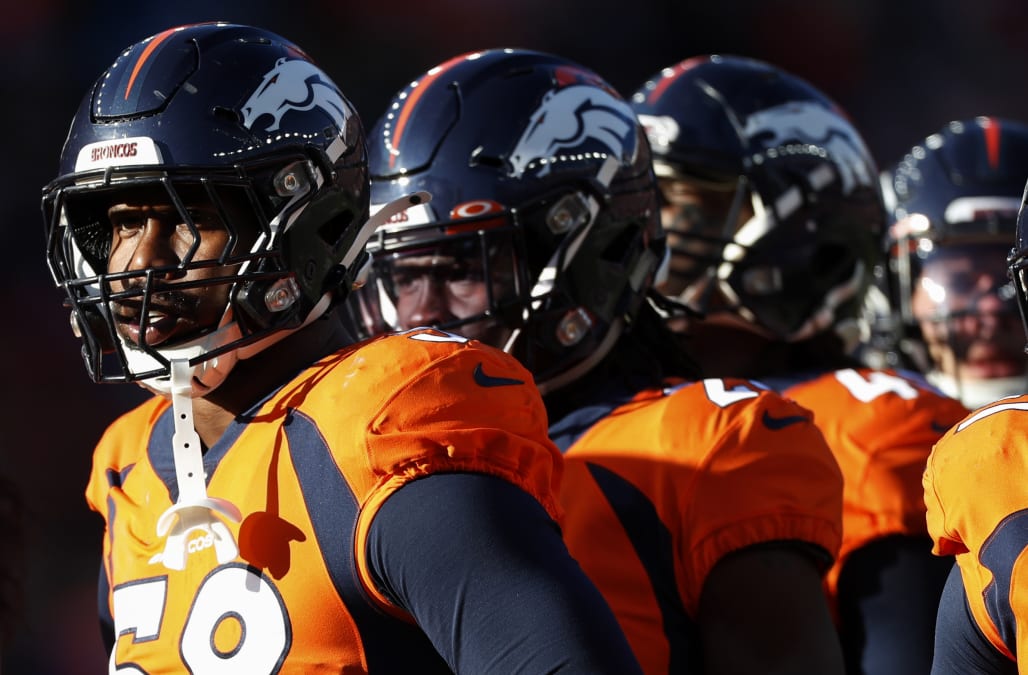 The Tennessee Titans don't have Aaron Rodgers, Travis Kelce, Nick Bosa, Patrick Mahomes, Tyrann Mathieu or Davante Adams, but they do have momentum after beating two of the top three seeds in the AFC — and if you ask Super Bowl 50 MVP Von Miller, that may just be enough to win it all.

The Denver Broncos linebacker says that the surprising No. 6 seed Titans are his pick to win Super Bowl LIV in Miami.

"They have all the momentum," Miller told AOL Sports on behalf of My Glaucoma. "I'm just a momentum guy. I know how much momentum can do for a team, especially in the playoffs."

SEE ALSO: Von Miller's relationship with his now-iconic glasses inspires him to 'tackle all things vision'

Through the first two rounds of the postseason, the Titans have been responsible for two major upsets, which would instill confidence in any team. First, Tennessee bulldozed through the defending Super Bowl champion New England Patriots, then took down the previous Super Bowl favorite Baltimore Ravens the following week behind dominating performances by running back Derrick Henry.

"Everybody's rolling," Miller continued in his praise of the team. "[Ryan] Tannehill is on fire. Derrick Henry is on fire. They have a really good defense, and they play together."

The Titans are underdogs going into Sunday's game against the Kansas City Chiefs at Arrowhead Stadium. Kansas City is playing in its second-straight AFC Championship game but carries with it an unfortunate cloud, according to Miller.

"Somehow, they always find a way to lose it," he said. "They really don't have any cons but that."

On the NFC side of the bracket, Miller says that the San Francisco 49ers "have the best team in the playoffs" but is picking the Green Bay Packers to emerge victorious because "in tournaments, it doesn't always go to the best team."

Both championship games will take place this Sunday, with the Titans and Chiefs facing off at 3:05 p.m. ET and the Packers taking on the 49ers at 6:40 p.m. ET.