Animal rescuer reveals tragic update on viral cowboy hat pigeons: ‘How do you look at yourself’ 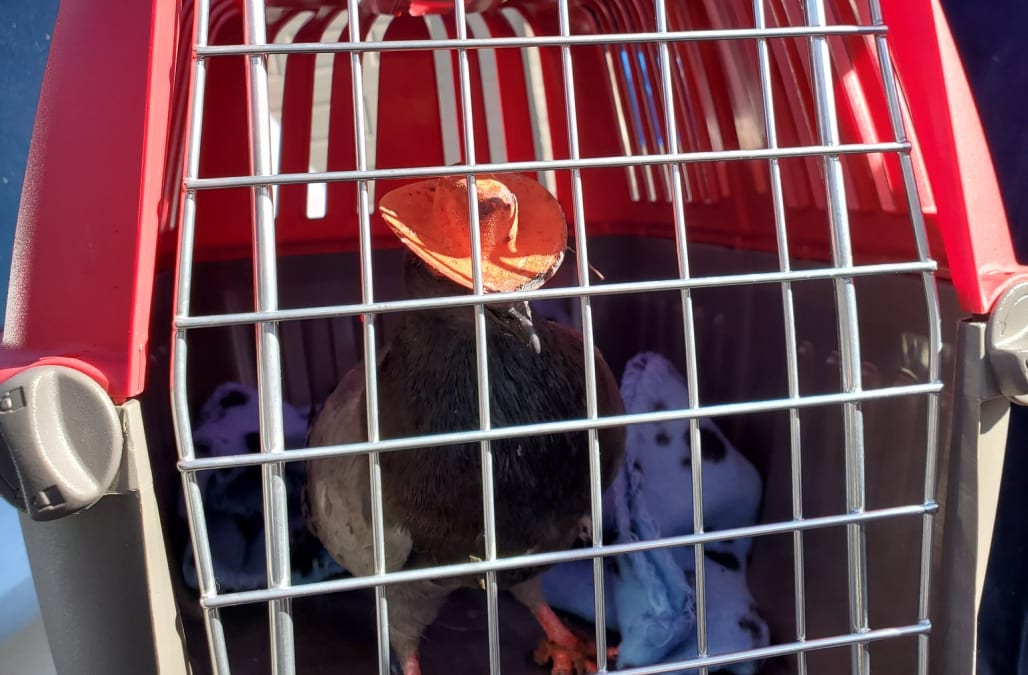 One of the cowboy hat-wearing pigeons that went viral after mysteriously appearing around Las Vegas last month has died — possibly from injuries related to its headwear.

The bird, named Billie the Pidge by its rescuers, was one of at least three discovered wandering the city’s streets last month, the Associated Press reported.

Videos and photos of the confounding situation took the internet by storm, after one Las Vegas resident, named Bobby Lee, posted footage of a pigeon donning a tiny red hat to his Facebook page.

Shortly after, a pigeon-focused rescue group called Lofty Hopes managed to track down the birds. Mariah Hillman, the organization’s co-founder, said at the time that the pigeons’ hats had seemingly been glued on, which resulted in an uncomfortable removal process.

"For those of you who have questioned whether or not this is cruel, [this] ought to clear up any questions," Hillman wrote on Facebook, along with up-close photos of a bird’s glued head.

Now Hillman has said that the glue may have resulted in Billie the Pidge’s death. She told the AP the bird was found in a weak condition, adding that its possible fumes from the glue caused its health to deteriorate.

"We are saddened to announce that Billie the Pidge has passed away," Hillman tweeted. "She was weak when we caught her and had lost toes to stringfoot in addition to the hat being glued onto her head."

We are saddened to announce that Billie the Pidge has passed away. She was weak when we caught her and had lost toes to stringfoot in addition to the hat being glued onto her head. pic.twitter.com/FR3vXGlMe1

The other pigeons — named Cluck Norris and Coolamity Jane — are reportedly in good condition, but animal rights groups have been outspoken about the fact that the cowboy hat mystery is a case of animal endangerment, rather than a simple internet joke.

"I don't know how you'd look at yourself," Jane Burnham, who works with the Lahontan Audubon Society, told KOLO-TV. "I feel disgusted that someone would treat an animal badly. There's no excuse for torturing."

And it’s a trend that may be spreading. Earlier this week, residents of Reno, Nev., found at least one pigeon with a sombrero glued to its head in a fashion similar to Las Vegas’ hat-wearing birds.

It’s still unclear who is responsible for either occurrence — although KOLO-TV reported that one man possibly confessed to the Reno incident — however, Hillman believes that any remaining hat-glued birds may be in danger.

"Pigeons have good eyesight," Hillman told In The Know "And that’s how they’re able to look for food, keep an eye out for predators, stuff like that … and with a hat on their head, it blocks their vision — especially from above. A lot of predator attacks come from above."