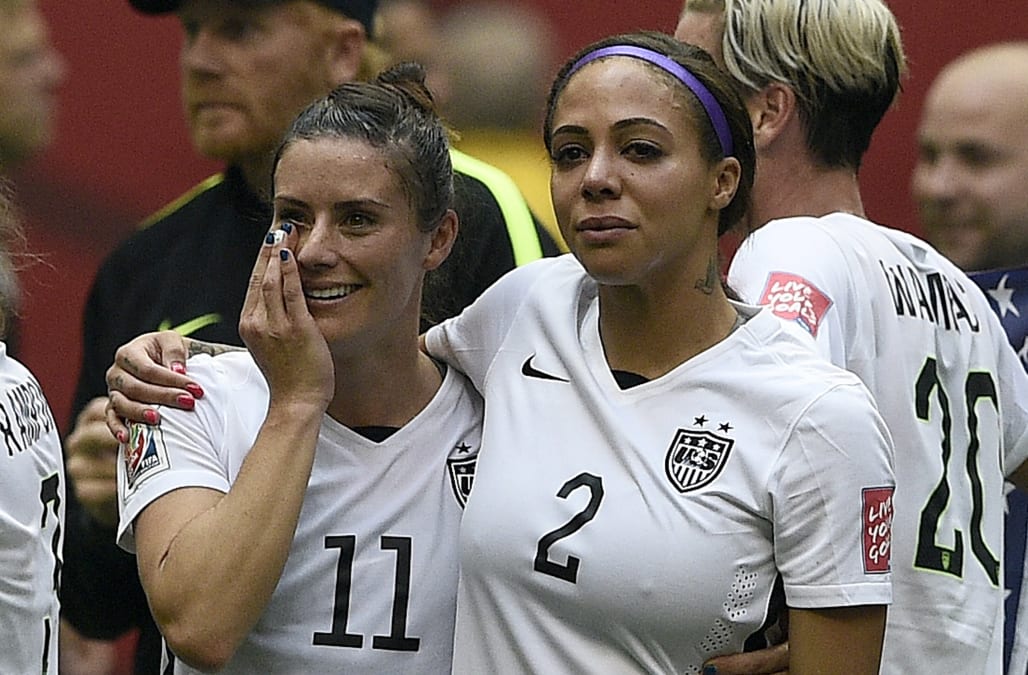 The stunning nuptials of USWNT stars Ashlyn Harris and Ali Krieger received a well-deserved standing ovation — and then some.

Sydney Leroux, a teammate of Harris and Krieger's from the 2015 World Cup and currently with the Orlando Pride, officiated the wedding last month and revealed on Instagram on Tuesday that a small mistake she made led to guests standing throughout the entire ceremony.

"Remember when I forgot to tell everyone to sit down after I said ‘all rise’ so everyone stood for the entire ceremony?" she said alongside a photo of herself with the two brides. "Whatever. We stand for the queens."

Remember when I forgot to tell everyone to sit down after I said ‘all rise’ so everyone stood for the entire ceremony? Whatever. We stand for the queens. #revvvvydwyer

Krieger commented on the post with a crying-laughing emoji and called Leroux the "#vowmaster," while her brother, Kyle, said the moment was "perfect" and he "loved the standing." North Carolina Courage forward Merritt Mathias also commented, letting Leroux know that all who were in attendance definitely remember the flub. 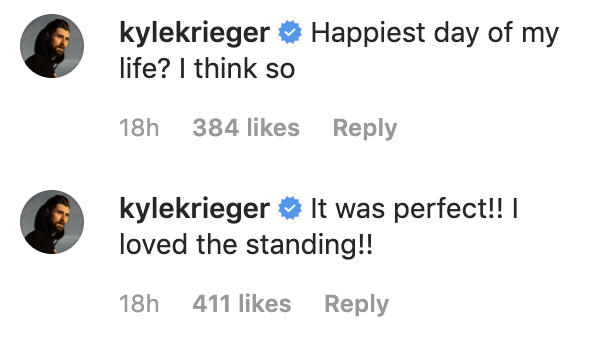 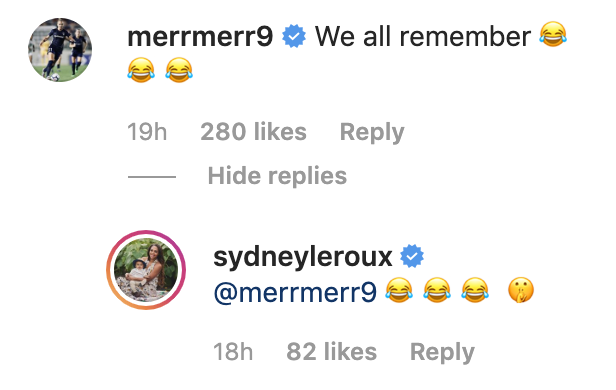 Leroux has been prominently featured, alongside USWNT superstar Megan Rapinoe, in several photos from the soccer players' big day, which took place at the Vizcaya Museum and Gardens in Miami on Dec. 28.

We wouldn’t be us, without you!❤️ Thank you for showing up for us, standing by us and always being in our corner! We love you all.

Leroux did not participate in the U.S. Women's National Team's 2019 World Cup championship run but returned to the pitch for the Pride during the 2019 season after giving birth to her daughter, Roux James, in June.