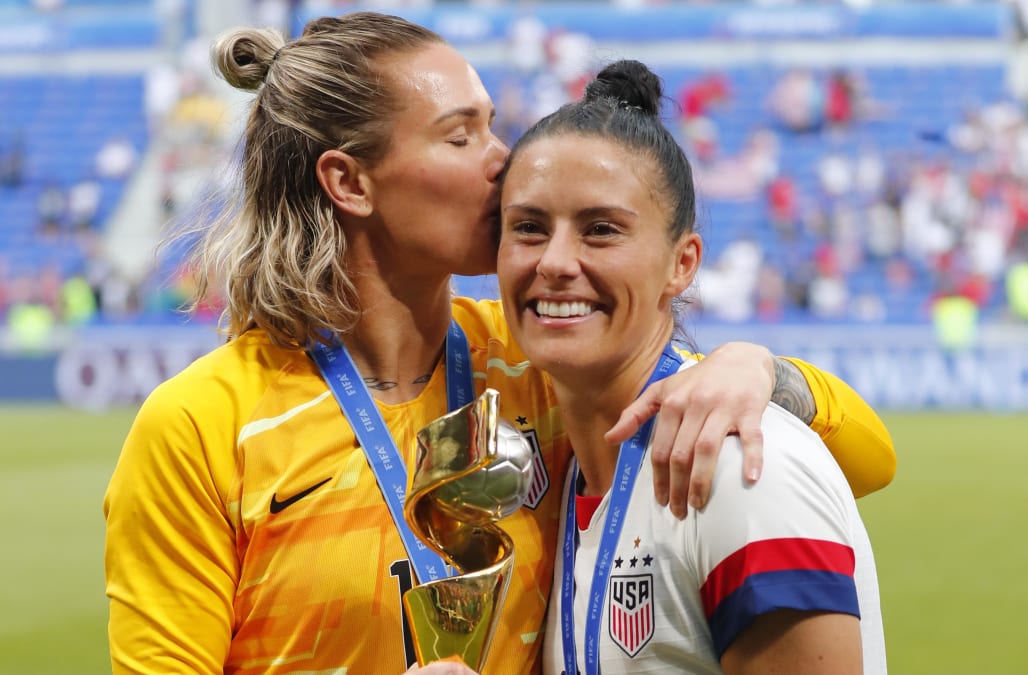 Ali Krieger and Ashlyn Harris are teammates on and off the soccer field, and on Saturday, the two World Cup champions officially tied the knot.

Krieger, 35, and Harris, 34, wed on December 28 at Vizcaya Museum and Gardens in Miami, Florida, surrounded by family and friends — and several fellow stars from the United States Women's National Soccer Team, including Megan Rapinoe, Crystal Dunn and Alex Morgan, who took to Instagram to share snaps from the celebration.

Such an honor to help celebrate these two incredible women! ♥️🥰

Krieger also shared a sneak peek of the couple's full wedding video, which shows that the reception featured a speech by Rapinoe, a rainbow wedding cake and plenty of dancing.

"This was the most magical day of my life surrounded by the most incredible people," Harris said of her wedding day, which came nine months after the two confirmed their engagement.

The two athletes met back in 2010 when playing for the USWNT but kept their relationship quiet at first due to concerns about how fans and their teammates would react, according to People.

The USWNT teammates also both play for the Orlando Pride fo the National Women's Soccer League.