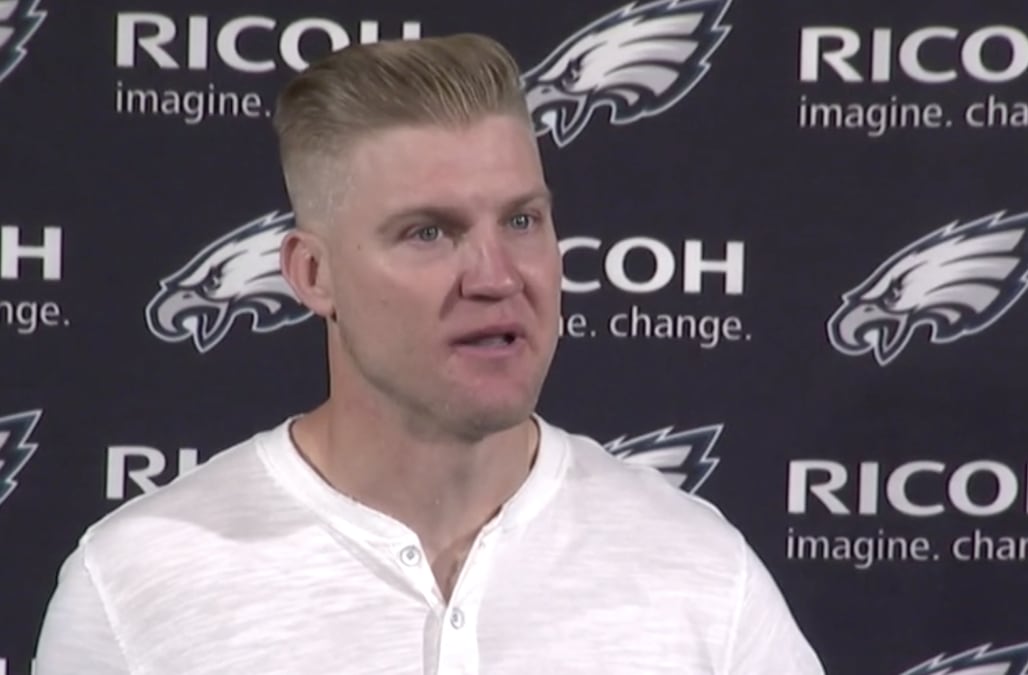 Backup Philadelphia Eagles quarterback Josh McCown was thrust into the spotlight on Sunday when starter Carson Wentz was knocked out of the team's wild-card round game against the Seattle Seahawks.

It was an emotional moment for McCown, a 40-year-old NFL veteran who has played for 11 teams since being drafted in 2002, who was making his postseason debut. He led the Eagles to three field goals but no touchdowns as the team fell at home to Seattle, 17-9.

A widely viewed clip on Twitter after the game showed a tearful McCown embracing Eagles tight end Zach Ertz after the loss, which eliminated Philadelphia from the playoffs:

McCown gave it everything he had. What a fighter 🙌 pic.twitter.com/697byJMQUW

McCown was similarly emotional in his postgame press conference, during which he said he was "thankful" for the "special" moment of finally getting to play in the postseason.

"My wife and my family moved around a lot and been there for me," he said, fighting back tears. "So to go out there and get to play in a playoff game was special, and I can't thank them enough for their support."

The journeyman quarterback had previously announced his retirement from the NFL and had taken a job as an ESPN analyst earlier in 2019 before signing with the Eagles in August. He became the second player ever to throw his first playoff pass after the age of 40.

With the win over the Eagles, the Seahawks will next take on the NFC's No. 2 seeded Green Bay Packers on Sunday.

See photos from the NFL playoffs so far:

9 PHOTOS
The best photos from the NFL playoffs
See Gallery

More from Aol.com:
Cowboys reportedly agree to make Mike McCarthy their new head coach
The 'AB curse'? Antonio Brown trolls his former teams losing in playoffs
NFL explains why there was no pass interference called on play that eliminated Saints