Should hit to Carson Wentz's head have been flagged? 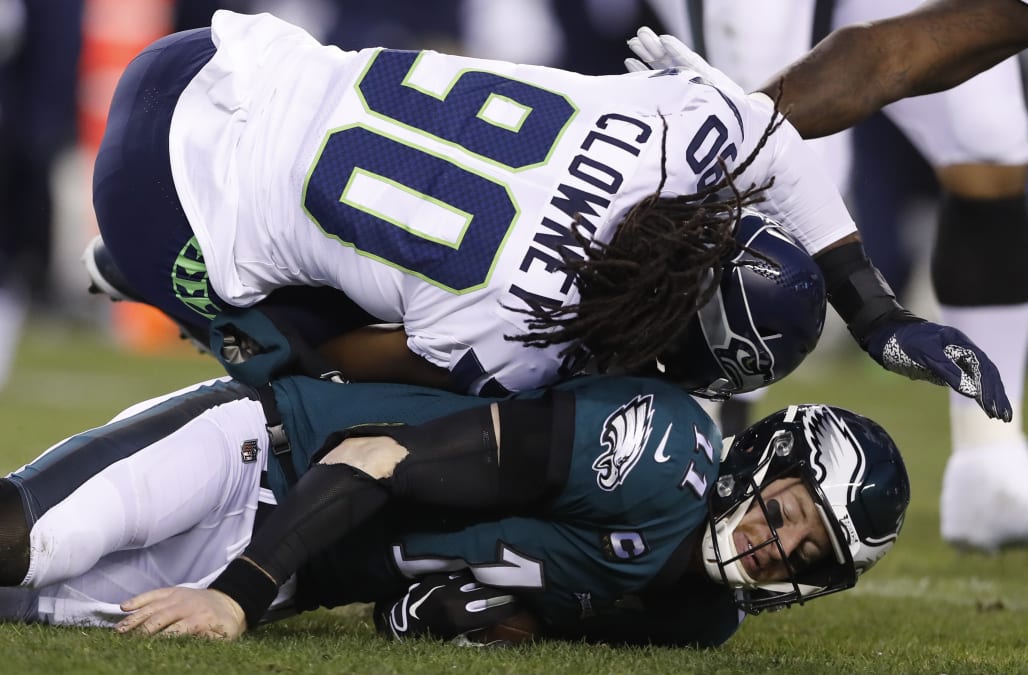 Carson Wentz left Sunday’s playoff game in the first quarter after taking a blow to the head.

The Philadelphia Eagles quarterback was falling to the ground after a leg tackle from behind by Seattle Seahawks safety Bradley McDougald when edge rusher Jadeveon Clowney dove at him headfirst.

Clowney made a direct hit with the crown of his helmet to the back of Wentz’s head as he was falling to the turf.

Carson Wentz went to the locker room after taking this hit from Jadeveon Clowney #SEAvsPHIpic.twitter.com/gdwK1UXCn0

Why no flag on Jadeveon Clowney’s hit?

Clowney’s hit did not draw a flag.

Wentz got up after the first-down hit and continued to play on a drive that ended six plays later with a punt. During the Seahawks’ ensuing possession, Wentz left the field to be evaluated for a head injury and was listed as questionable to return before being ruled out at halftime.

The play didn’t garner much attention in real time, especially after Wentz popped right up for the next play.

But replay shows a clear helmet-to-helmet hit on unnecessary contact by Clowney. It’s not clear how a 15-yard penalty would have impacted the Eagles’ drive that ended on their own 36-yard line.

Referee Shawn Smith told a pool reporter the hit wasn’t flagged because Wentz didn’t give himself up.

“He was a runner, and he did not give himself up,” Smith said. “We saw incidental helmet contact, and, in our judgment, we didn’t rule that to be a foul.”

In the interest of player safety, that’s a flag that must be thrown.