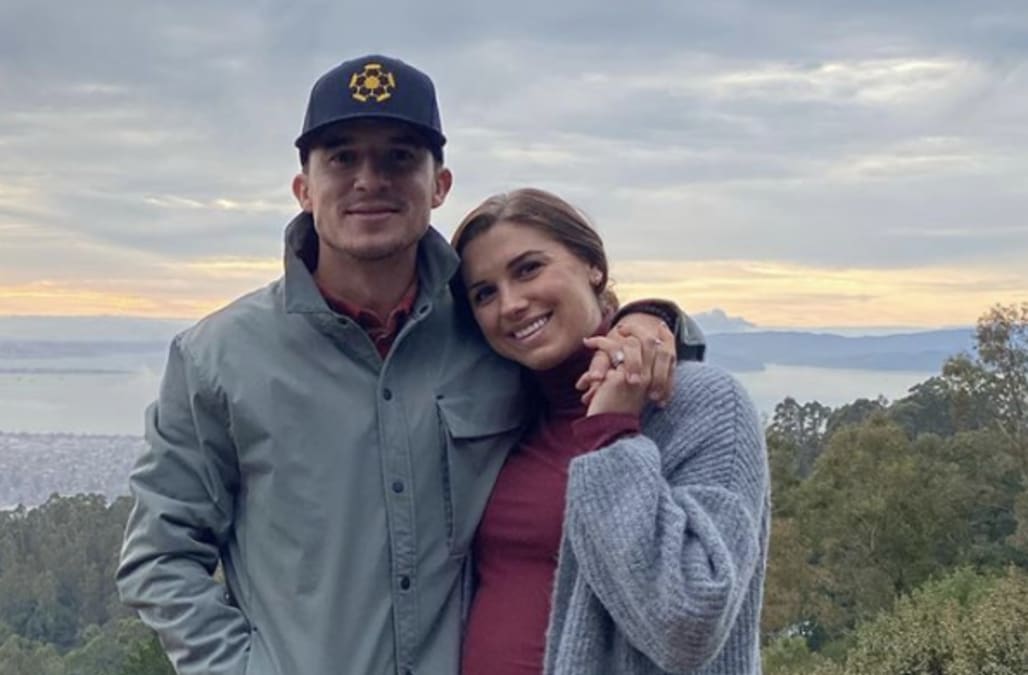 USWNT star Alex Morgan posted two adorable photos with her husband to Instagram on Sunday, but our attention went straight to her growing baby bump.

Morgan uploaded two photos alongside Servando Carrasco, her spouse of 5 years, while the two were in Berkeley, California, over the weekend. Morgan and Carrasco met while they both were attending and playing soccer at UC Berkeley, and according to Morgan, this was the first time the two had been back to the city together since they graduated.

"So many good memories!" she gushed underneath the snaps of the couple atop Grizzly Peak Vista Point overlooking the city.

The second photo in the post gave fans a new glimpse at Morgan's pregnant belly, roughly two months after the couple announced that they were expecting a baby girl.

Back in Berkeley together for the first time since graduating. So many good memories!

This isn't the first time Morgan has shown off her growing belly on social media. In December, she posted several photos from the wedding of USWNT teammates Ali Krieger and Ashlyn Harris with the caption, "Baby bumps, hair touch ups, and wedding goals."

Her bump was also noticeable in a festive photo shared just before Christmas, as well as a recent roundup of photos with her husband in honor of their anniversary last week:

Happy anniversary to my one and only. Five years later and now the family of 2 is turning into 3 👨‍👩‍👧

The two-time World Cup champion is expecting her bundle of joy this April.

More from Aol.com:
USMNT camp in Qatar cancelled amid uncertainty after Soleimani killing
USWNT stars Ali Krieger and Ashlyn Harris marry in star-studded ceremony
The most dominant athletes of the decade