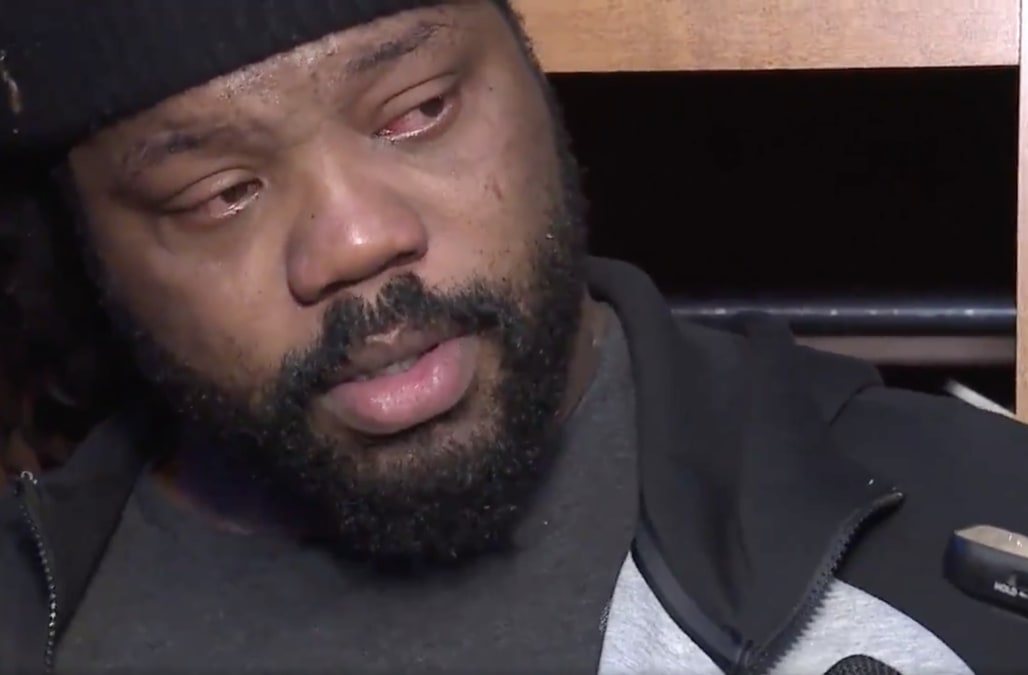 The Detroit Lions finished the 2019 regular season with a 3-12-1 record, and seemingly no one is as upset about it as defensive tackle Damon "Snacks" Harrison, who is mulling his future in the NFL.

"I've given everything I could give," Harrison said after the Lions lost the final game of the season to the Green Bay Packers 23-20. "Nobody's more disappointed about this season and my performance than I am. I'm hard on myself."

Harrison, who has been in the league since 2012, started 15 games this season and posted 48 tackles, a career-low for him when he has played 15 or more games. He had two sacks, down from 3.5 in 2018, and was on every Lions injury report for the second half of the season after missing much of training camp and the preseason.

His injury-plagued performance has forced Harrison, who also played for the New York Jets and Giants, to consider retirement.

"I've given everything to every team I've played for," the 31-year-old said through tears. "I've got a lot of thinking to do this offseason. I'm going to seek some different options and try to figure it out but if I can't be that guy that I want to be, that I know I can be, then I've got to hang it up because everybody deserves better."

Here's Snack Harrison's emotional chat with the media as he ponders his future. #Lionspic.twitter.com/JL8afungzw

After clips of his heartwrenching interview were posted to Twitter, fans from all of Harrison's teams chimed in to make sure he knew how adored he was. Twitter users praised Harrison's class, work ethic and love for the game.

We got you @snacks! Nothing but love. Thanks for being a Giant!

Real Giant fans love Snacks. He always gave it all he had. That there is a man!

Jets fans will always love you @snacks. Wish you were still with us!

This hurts my soul to watch.... thank you @snacks for becoming a Lion. For embracing us as a fan base, for giving everything you had and more to us. Thank you for two years and I honestly wished we had you for more. Rest, heal and thank you again for making me proud of the Lions.

Harrison isn't the only player facing a difficult decision this offseason. Quarterbacks Philip Rivers and Eli Manning, both 38, also provided emotional interviews as their contracts with their longtime teams lapsed and the decision between retirement or moving on to a new franchise looms.