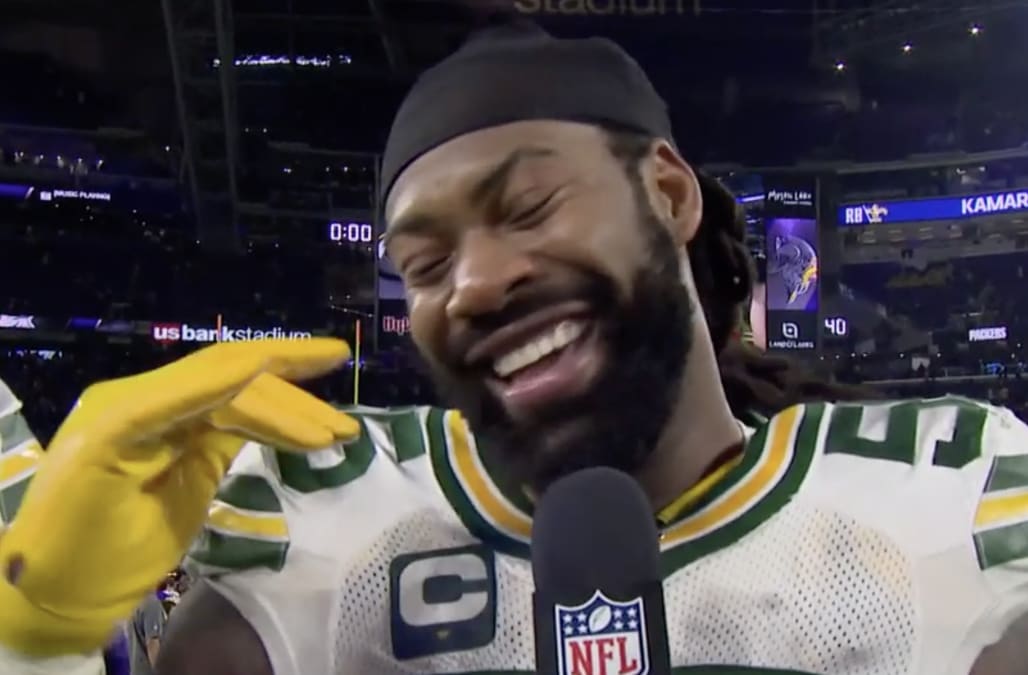 The defender, who is in his first season with the Packers, couldn't help but be overwhelmed with emotion during his postgame interview after Green Bay defeated the Minnesota Vikings to clinch the NFC North.

"It's crazy to know how we started out and how we came to this second-to-last game and took the division," he said before getting choked up and deferring to his fellow linebacker Preston Smith.

Both Smiths had impressive performances in the Monday night matchup, but Za'Darius was clearly the star of the defense that held the Vikings to only 10 points. Smith recorded seven tackles, three-and-a-half sacks and five hits on quarterback Kirk Cousins.

"We had a great time getting after the quarterback," Smith later said of how he and the rest of the Green Bay defense were able to stifle Cousins so effectively.

With the 23-10 win over Minnesota on Monday, the Packers officially won the NFC North division and cannot be seeded lower than No. 3 in the NFC heading into the postseason, depending on how Week 17 shakes out.

More from Aol.com:
Will Julian Edelman, Patriots be punished for faking a head injury?
It's official: The Seahawks are bringing back Marshawn Lynch
Packers beat Vikings for NFC North title, and home-field advantage through playoffs still in play