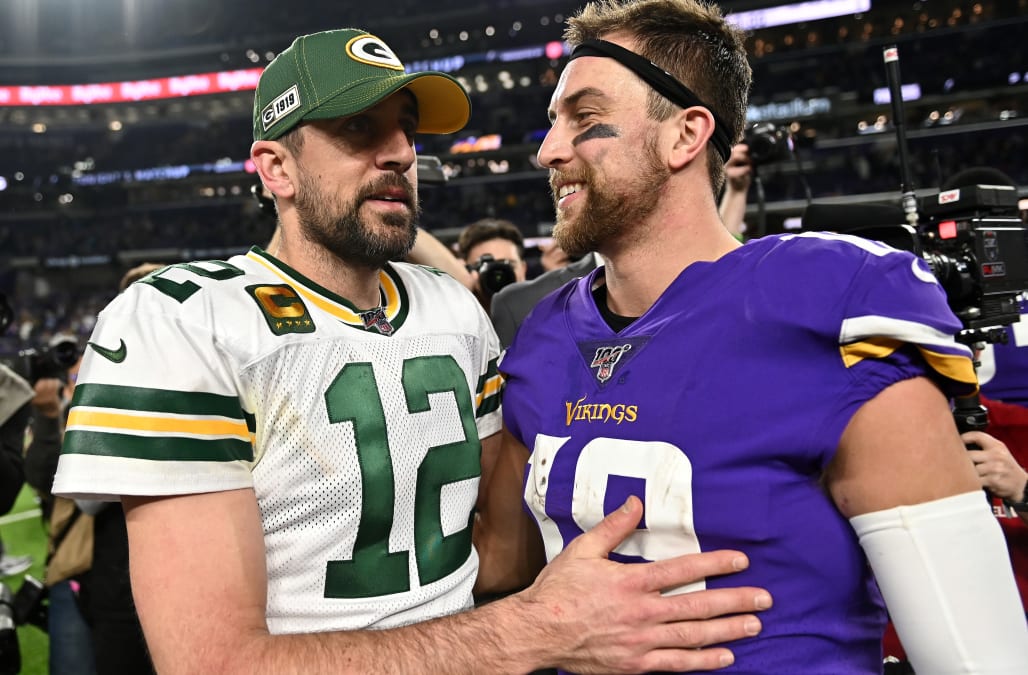 Once upon a time, going to Lambeau Field for a playoff game was one of the most intimidating scenarios in sports.

The Packers did not lose a playoff game in Green Bay until the 2002 season, when Atlanta Falcons quarterback Michael Vick led an upset win at Lambeau. And the Packers haven’t been quite as scary in home playoff games since then. Teams led by Eli Manning, Colin Kaepernick and others have wrecked that mystique. Kind of.

It’s still true that no team wants to go to Green Bay in January, and the Packers are still alive for the No. 1 seed in the NFC after beating the Minnesota Vikings 23-10 on Monday night. They clinched the NFC North with a stifling win over the Vikings, keeping the hope alive of getting the top seed and having the NFC playoffs go through Green Bay. The Packers clinch a top-two seed and a bye with a win next week against a terrible Detroit Lions team, no help needed.

The Packers seem like a team that is built pretty well to win in frigid Green Bay next month.

Monday night wasn’t exactly the NFC North showdown it was billed as. The Vikings would have stayed alive for a division crown with a win, but all the Packers would have had to do to win the division was beat the Lions in Week 17. And the Vikings already had a playoff spot clinched too.

Still, the maneuvering for the top seed in the NFC is huge. The Seattle Seahawks’ shocking loss to the Arizona Cardinals on Sunday opened up an interesting door for Green Bay. If the Packers won out and the Seahawks beat the San Francisco 49ers in the season finale, the Packers would get the No. 1 seed. They would tie the New Orleans Saints in that scenario (assuming a Saints win in Week 17) and win the tiebreaker with a better conference record.

The hardest part of that equation seemed to be the Packers beating the Vikings on Monday night. But they made it look easy. It wasn’t the Aaron Rodgers show. Rodgers was actually off most of the night. He had 216 yards, no touchdowns and one interception. The Packers have changed their identity this season, and that might serve them well in the postseason, especially if it’s below zero at Lambeau.

Running back Aaron Jones is often the centerpiece of the offense. He was the Packers’ key player on Monday night. He scored two touchdowns in the second half, one that gave the Packers the lead in the third quarter and a long one in the fourth quarter to put the game and the division on ice. Jones finished with 154 rushing yards.

The Packers’ defense did the rest. They absolutely flustered Kirk Cousins. The Vikings didn’t have Dalvin Cook and the offense struggled badly. Cousins needed to do more and aside from one great touchdown pass to Stefon Diggs, he was the same Cousins that is relentlessly criticized for disappearing in big games. The Packers’ defensive front, especially end Za’Darius Smith, was dominant. Smith, a key free agent addition this past offseason, had 3.5 sacks. The Vikings had just seven first downs, and ESPN said that‘s the fewest for the Vikings in a home game since 1971.

The Packers are 12-3 and haven’t been quite that dominant. But they keep winning. Rodgers isn’t at his peak anymore, but he has his moments and he’s good enough. The Packers can run the ball and the defense is better. The defense was dominant on Monday night.

And even if other teams have broken down the wall and won at Green Bay in the postseason, the thought of the Packers having home-field advantage throughout the NFC playoffs isn’t ideal for everyone else. If that happens, all potential opponents should be sure to dress warm.

More from Yahoo Sports:
Panthers fans pay for 'Keep Cam in Carolina' billboards
Report: Marshawn Lynch traveling to Seattle to 'discuss' reunion with Seahawks
Doug Pederson celebrates win over Cowboys by kicking fan out of news conference: 'Is he credentialed?'