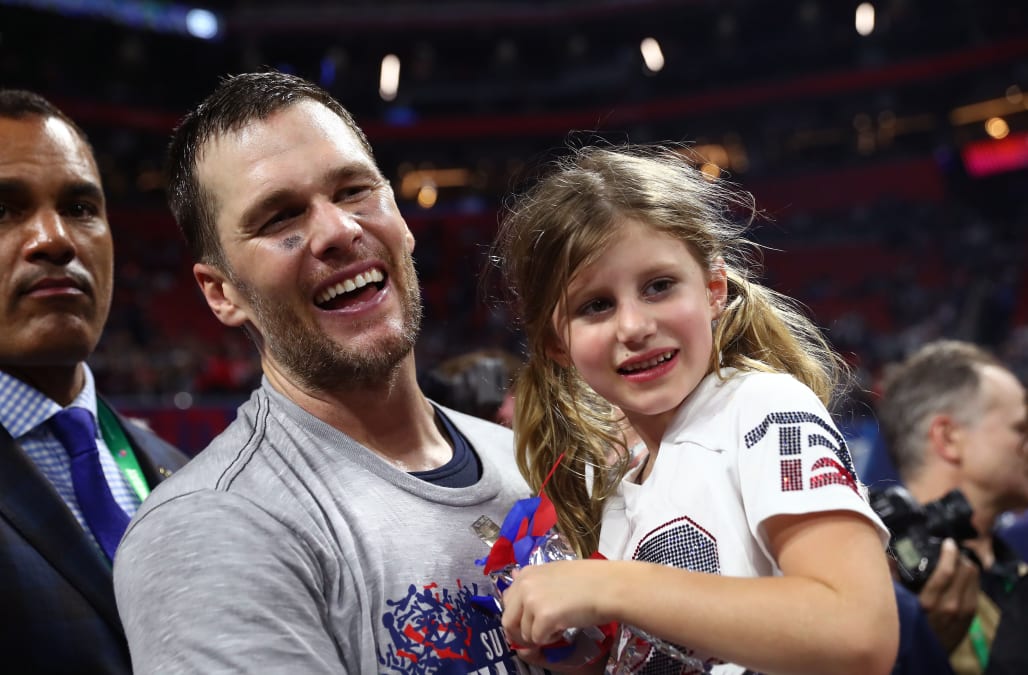 Tom Brady and the New England Patriots are preparing for their matchup against the Buffalo Bills this weekend — while his daughter is seemingly preparing for a lucrative career as a graphic designer.

The Patriots quarterback took to Instagram on Thursday afternoon to share a photo of himself prepping for this Saturday's game, which could determine the winner of the AFC East. The pic, which showed Brady practicing his footwork in front of a snowy New England backdrop, was hashtagged with "#championshipweek."

Shortly thereafter, Brady committed what is usually seen as an Instagram faux pas by double-posting, or posting twice in the same day — but his second post was too cute not to share. The NFL veteran uploaded an edited version of the photo taken of him at practice that featured pink and red hearts, several photos of his dog, Lua, and four sweet words: "I love my daddy."

"Alternate version by Vivi," Brady captioned the photo, giving credit for the artwork to his 7-year-old daughter, Vivian.

We're not trying to knock Brady, of course, but Vivian's artwork had raked in almost 100,000 more likes than the original photo as of Friday morning.

Vivian is the youngest of Brady's three children, along with son Benjamin with wife Gisele Bündchen and son Jack from his previous relationship with Bridget Moynahan.