Joe Mixon plans to 'give the gift forward' after Tom Brady keeps his word, sends jersey 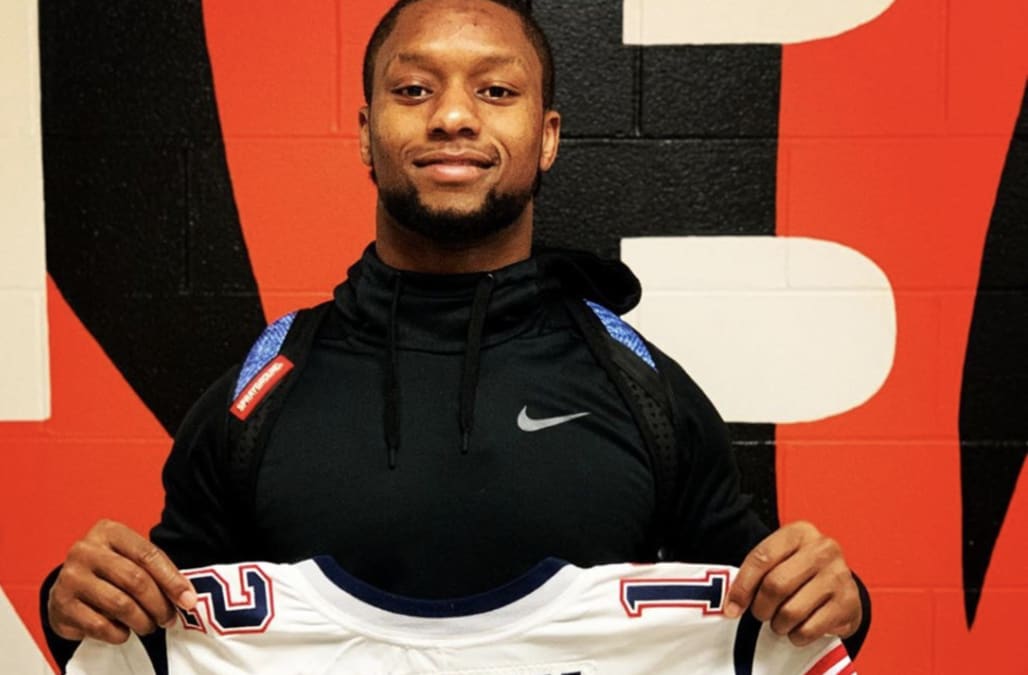 Cincinnati Bengals running back Joe Mixon has been inspired to do some good in his community this holiday season after receiving a special gift in the mail.

After Cincinnati's game against the New England Patriots on Sunday, the 23-year-old Mixon got the chance to chat with opposing quarterback Tom Brady but admitted later that he had been too starstruck to ask for what he really wanted from the six-time Super Bowl champion.

"I wanted to ask for his jersey but was too scared to ask," Mixon said on Twitter Sunday night.

Brady quickly caught wind of the tweet and sent a response early Monday morning, stating that he would be sending a jersey to Mixon — and on Friday, we found out that the Patriots superstar kept his word.

Mixon took to Instagram to share two photos of the jersey he received from Brady, which was autographed and included a personalized message.

"Joe, a great player!" Brady wrote in silver marker in the navy blue numbers on the back of the jersey. "Keep going! Bay Area's best!"

In a heartfelt caption accompanying the photos, Mixon said that he felt "humbled," "blessed" and "super thankful" to Brady for sending him what he called the "best Christmas gift ever."

Man I say this in the most humbled way I’m so Blessed to be playing this game in the @nfl and Super Thankful for the G.O.AT. @tombrady Best Christmas gift ever especially growing up not ever having nothing. Made a young kid from The Bay year. Later on Today I’m headed down to the boys and girls club today to give the gift forward today with my own jerseys.

Mixon also wrote that the kind gesture had put him in the giving spirit, signing off his post by saying he would be heading to his local Boy's and Girl's Club with some of his own jerseys to "give the gift forward."

It's not surprising how quickly Brady got his gift for Mixon into the mail, given how flattered he was by the young star's initial tweet. Brady told local radio station WEEI that Mixon's message was "pretty cool" and that he feels inspired by many of the young players in the league today.