Bengals' Joe Mixon, who was 'too scared to ask' Tom Brady for a jersey, will be getting one in the mail 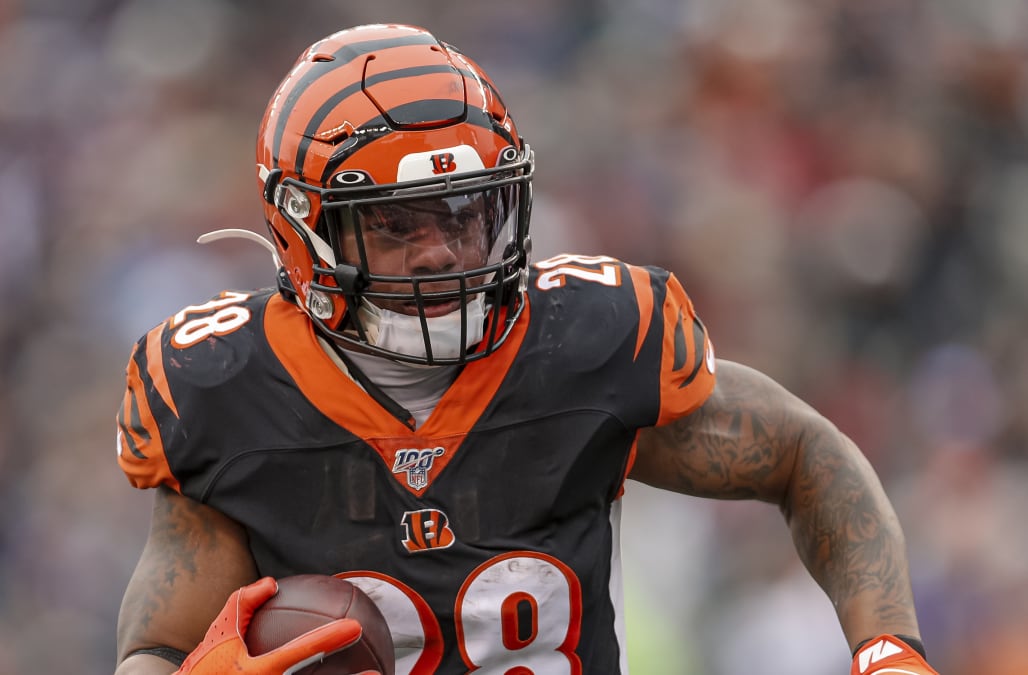 Cincinnati Bengals running back Joe Mixon had one of his best games of the season during a fast start against the New England Patriots defense on Sunday, but that wasn't the highlight of the young star's day.

After the game, in which Mixon ran 25 times for 136 yards but New England won 34-13, the 23-year-old running back took to Twitter to share his disbelief that he was able to meet and speak with Patriots quarterback Tom Brady.

Postgame handshakes between teams are commonplace in the NFL, but it seems like Mixon — likely due to his impressive performance — got a little more time with Brady than he expected.

Bruh.. I still can’t believe I shook @TomBrady hand today and had a lil conversation with him😂 I ain’t gone lie I wanted to ask for his jersey but was too scared to ask🤦🏽‍♂️😂

On Monday morning, Brady formally responded to the tweet and decided to gift Mixon the jersey he said he was too afraid to ask for.

During his weekly interview with Boston sports radio station WEEI, Brady said he had seen Mixon's tweet the night before, calling it "pretty cool."

"I feel the same way about so many of these young players that inspire me," he said. "I think now that I'm on the other end of it, I understand kind of how it goes. You see these guys playing on TV, then you meet them, it's surreal."

Patriots head coach Bill Belichick also praised Mixon after the game, calling him "probably" the best running back in the NFL.

"He runs so hard," Belichick continued. "He's so hard to tackle."

The Patriots snapped a two-game losing streak with the victory on Sunday and clinched a playoff berth, while Cincinnati fell to 1-13 on the season.