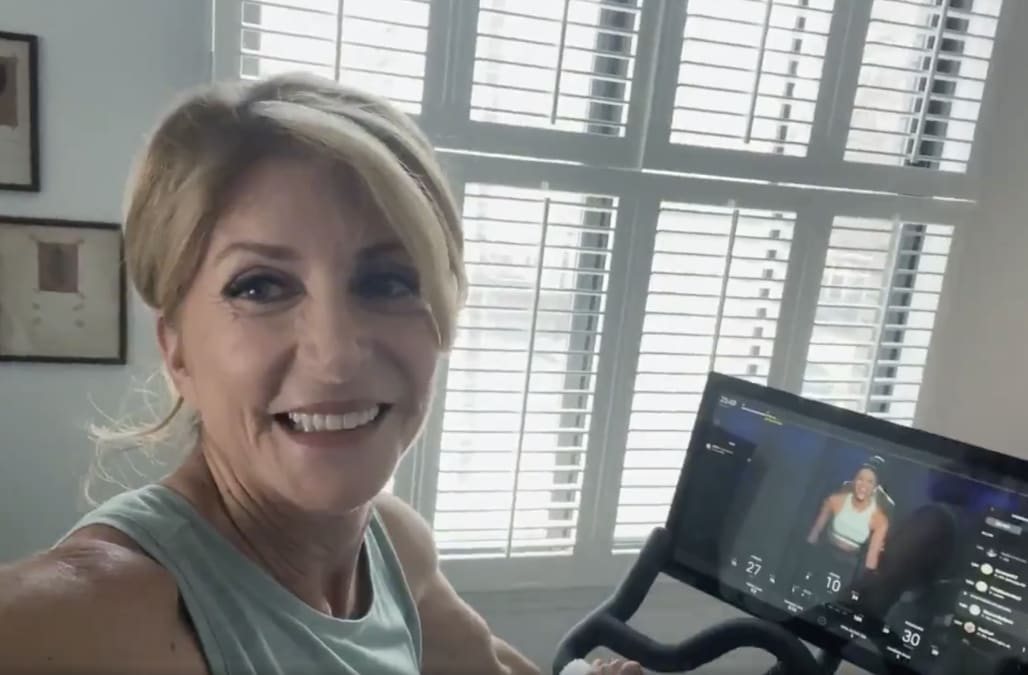 Texas congressional candidate Wendy Davis, a former Texas state Senator currently running as a Democrat to represent the state's 21st congressional district, used the viral commercial to create a parody campaign ad that she posted on Twitter, with "no Peloton required."

The original viral video begins with "Peloton Mom" receiving her exercise bike as a gift from her husband. The ad takes us through a year of the mom using her Peloton, even somewhat begrudgingly waking up at 6 a.m. just to ride. At the end of the video, she shows her husband a video of all the times she used the bike before telling him that a year ago, "she didn't know how much this would change me."

In Davis's spoof, the video starts out with her watching a clip of her Republican opponent, Rep. Chip Roy, giving his take on Big Pharma, saying "I hope you make a lot of money." This puts Davis into motion, saying she needs to get into campaign shape.

"I'm a little nervous, but excited," she says on an exercise boke, much like the original ad.

Running for office is truly the 'Gift That Gives Back,' No Peloton required. Thank you to everyone supporting our campaign, and thank you to all the candidates running for office this year. #TX21@AviationGin@VancityReynolds#pelotonpic.twitter.com/rvFhUOsXYA

"A year ago, I didn't realize how much campaigning would change me," she says. "Thank you, Chip Roy."

"Next year, give Chip Roy the gift of ... unemployment," the video concludes.

The congressional candidate isn't the only person who has spoofed the widely-mocked ad. Eva Victor, a writer and comedian, posted a 55-second video of herself re-enacting the commercial that quickly went viral.