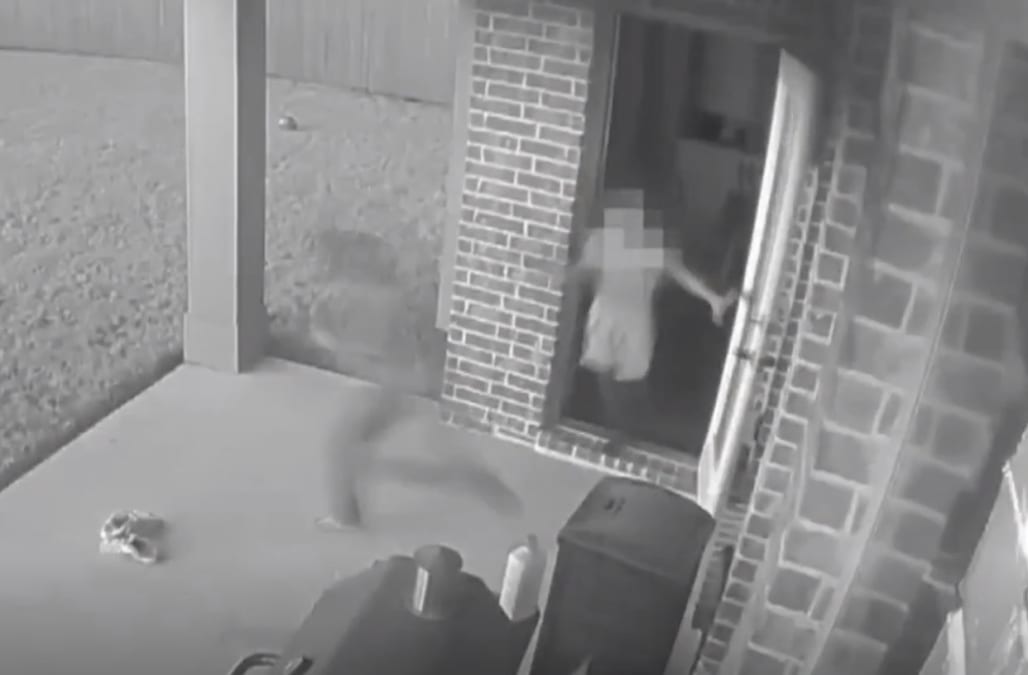 A Texas mother released footage of her two "frantic" children sprinting from their family home after a virtual intruder began terrorizing them through their Ring security system.

Lue Mayora, of Forney, says her son and daughter, ages 9 and 11, respectively, were home alone Wednesday evening when an unidentified person began screaming at them through intercoms on multiple Ring devices, which the family had installed around the house.

In footage of the incident, the person can be heard yelling racial profanities at the two kids while wildly laughing and threatening to hurt their relatives.

"Say the N-word or your family will die," the hacker tells them. "Your family's going to die if you don't kill yourselves."

The children can then be seen running from the house into their backyard in horror, followed by the family dog, in an incident that has left them traumatized, according to their mother.

"My daughter wanted to move," Mayora told KDFW. "They don't want to be home at all by themselves. They're still scared to sleep by themselves."

During the virtual attack, the hacker also set off the Ring's built-in alarm system, creating a commotion that could be heard well outside of the home, which spurred neighbor Johnny Davila to come over and check on the kids.

"I heard real, real screaming and I came out and said what’s going on," Davila told KTVT. "(The children) said someone is in (our) house, yelling they're going to kill us."

Davila approached the home with a gun drawn, thinking there was an actual intruder inside. After noticing his weapon, the hacker confronted him.

However, Davila eventually realized it was a hacker after he was able to trace the offending voice to one of the cameras.

Still, the verbal assailing continued, even once police officers arrived on the scene to investigate.

"I'm sorry kids, that you have to go through this — your parents had a weak password," the hacker taunted as police searched the home. "Just change your password. It's just easiest. You don't have to go through a court case or anything."

Unfortunately, investigators say finding the guilty party may not prove an easy task.

"We don't know if they were two doors down, sitting in their car, or two countries over," Kaufman County constable Jason Johnson told KDFW. "We have no clue."

Officials also told the station they are working with Ring to try and track down the suspect, just one of many in a recent string of incidents involving the company's cameras.

Last week, a Georgia woman endured a similar scare after she was woken by a man who accessed her Ring camera as she slept.

A Tennessee couple has also claimed that a stranger hacked their Ring camera and used the technology to talk to their 8-year-old daughter while she was alone in her room.

Following both instances, the company urged customers to "enable two-factor authentication on their Ring account, add Shared Users (instead of sharing login credentials), use strong passwords, and regularly change their passwords."