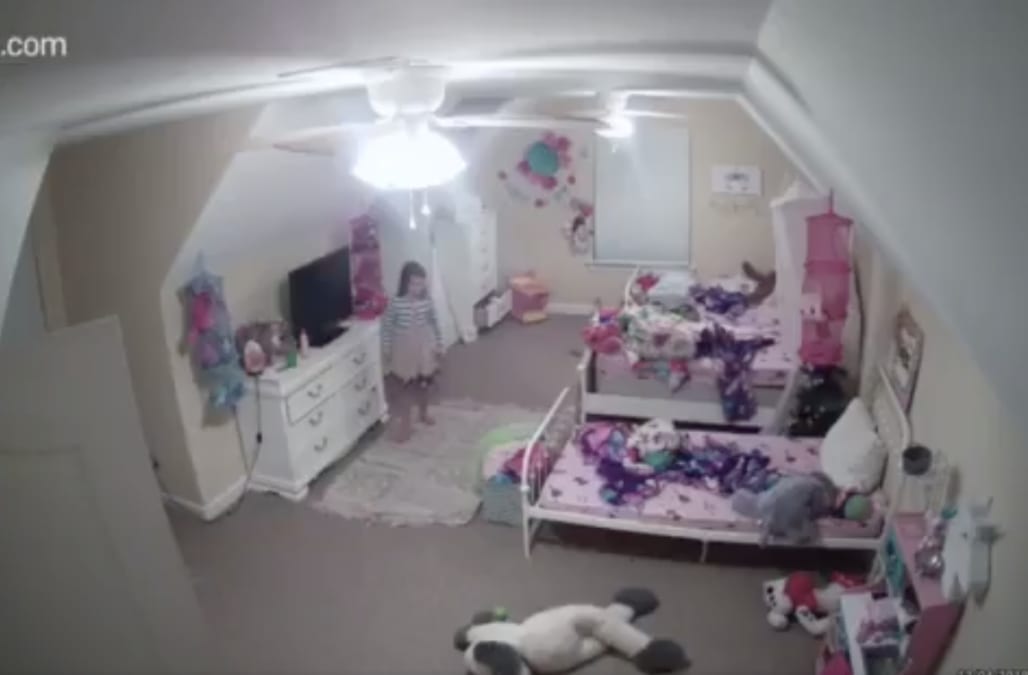 A Tennessee couple is speaking out after a stranger hacked their home surveillance system and used the technology to talk to their 8-year-old daughter in her bedroom.

Ashley LeMay, a nurse and mother of three living in Memphis, told WMC-TV she purchased a Ring camera through a Black Friday sale in order to keep an eye on her daughters while working overnight shifts at a local hospital.

However, four days after LeMay installed the camera — which she said came highly recommended by a friend of hers who also has kids — her husband noticed a man's voice coming from one of her daughter's rooms.

In footage recorded by the camera, the stranger can be heard calling out to the little girl, saying he is "Santa Claus" and that he wants to be her friend.

"Who is that?" the child asks.

"Don't you want to be my best friend?" he asks as the child screams for her mom.

Each time I've watched this video it's given me chills.

A Desoto County mother shared this Ring video with me. Four days after the camera was installed in her daughters' room she says someone hacked the camera & began talking to her 8-year-old daughter.

LeMay told the station that the hacker also taunted the child with loud music before he was interrupted by the girl's father.

The family has since disconnected the camera and says they plan to return it.

Earlier this week, a Georgia couple endured a similar scare after they say their Ring camera, which they installed to keep an eye on their puppy during working hours, was hacked by a man who tried to wake them as they slept.

The woman, who wished to remain anonymous, told WSB-TV she was in bed when an unidentified man began speaking through their bedroom camera, clapping and telling them to "wake up!"

"Hello? Hello? I can see you in the bed, come on, wake the f*** up," he says after multiple ignored commands.

A woman identifying herself as a friend of the couple shared footage of the incident on Twitter.

my friend’s @ring camera was hacked last night when she was sleeping!! Listen to the guy trying to wake her up HOW SCARY @wsbtvpic.twitter.com/agQ4j6OUNj

The couple told WSB-TV they plan to file a police report.

In a statement, Ring told In The Know "customer trust is important to us and we take the security of our devices seriously."

"While we are still investigating this issue and are taking appropriate steps to protect our devices based on our investigation, we are able to confirm this incident is in no way related to a breach or compromise of Ring's security," the company continued.

"Due to the fact that customers often use the same username and password for their various accounts and subscriptions, bad actors often re-use credentials stolen or leaked from one service on other services," it explained. "As a precaution, we highly and openly encourage all Ring users to enable two-factor authentication on their Ring account, add Shared Users (instead of sharing login credentials), use strong passwords, and regularly change their passwords."