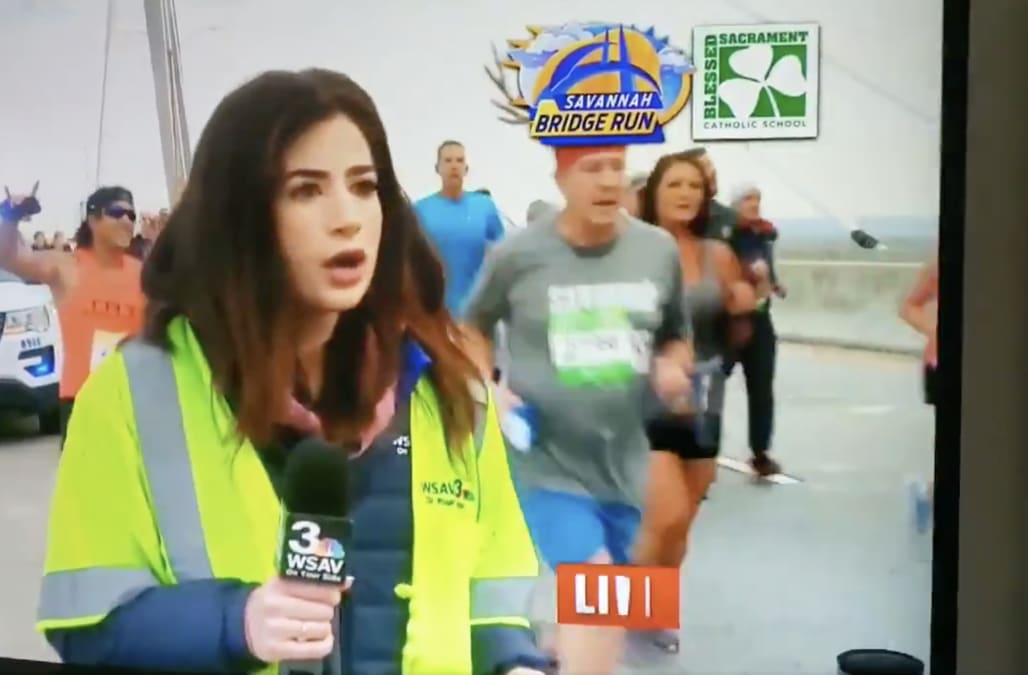 The runner who slapped a Georgia reporter's butt while jogging past her on live TV has been identified as a local youth minister, according to the New York Post.

Alexandrea Bozarjian, a reporter for WSAV in Savannah, Ga., was covering the annual Enmarket Savannah Bridge Run live on-air when Tommy Callaway slapped her butt while jogging past her.

Callaway is a youth minister at Pittman Park UMC in nearby Statesboro, Ga. and a Boy Scout leader, Heavy reported. Savannah Sports Council has already banned him from registering for all races owned by the organization.

The man's lawyer, Joseph Turner, claims he wants to "correct the situation," the Post reported.

"While we regret the situation, Mr. Callaway did not act with any criminal intentions," Turner said.

Bozarjian, however, isn't letting Callaway off easy. Turner said they "do not expect any criminal charges," but Bozarjian did file a police report. The reporter said she is now leaving it up to officers.

In an interview with CBS, Bozarjian confirmed that Callaway tried to make contact with her to explain himself and express that "his intentions were not to hurt me."

"I’m not going to really debate that — because he did hurt me," she said of the "heavy impact" slap.

A reporter is sharing her story after she says she was assaulted during a live TV report. @WSAVAlexB was covering a fun run for her station when a man moved behind her and appeared to slap her on the backside.

"It's not okay to help yourself to a woman's body just because you feel like it," Bozarjian added. "He took my power and I'm trying to take that back."

More from Aol.com:
Teacher removed for asking students to set a 'price for a slave'
Dentist caught riding a hoverboard while extracting a patient's tooth
Woman asked to leave American Airlines flight over ‘ironic’ T-shirt: ‘People usually laugh at it’