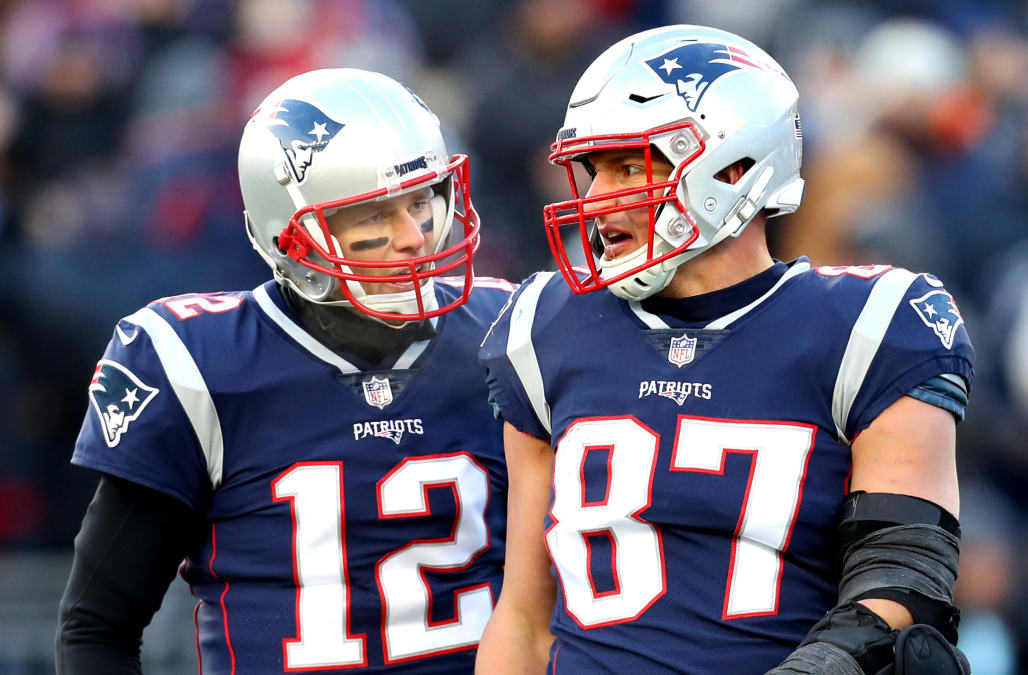 Rob Gronkowski is embarking on a new career endeavor this week, and he has the full support of his old quarterback.

It was announced on Tuesday that Gronkowski will be joining the team at Fox Sports to serve as an analyst during NFL coverage. His first day on the job will be this Thursday, ahead of his former team's matchup with the New York Giants.

Tom Brady was made aware of Gronkowski's upcoming role during his media availability on Tuesday. The longtime New England Patriots QB said he was confident that Gronkowski would excel at the job, with a reference to the tight end's successful NFL career.

Brady called the new job a "great opportunity" for Gronkowski, who retired from football in March shortly after winning his third Super Bowl with the Patriots. Gronkowski had one of the biggest catches of the game to set up New England's lone touchdown in the 13-3 victory over the Los Angeles Rams in Super Bowl LIII.

With Gronk's Fox Sports debut coming during the pregame for New England's game on Thursday, Brady said that he is expecting some "hard-hitting analysis" out of his former teammate.

Related: See the two stars together during their careers: