Alternative ways to fill out your March Madness bracket 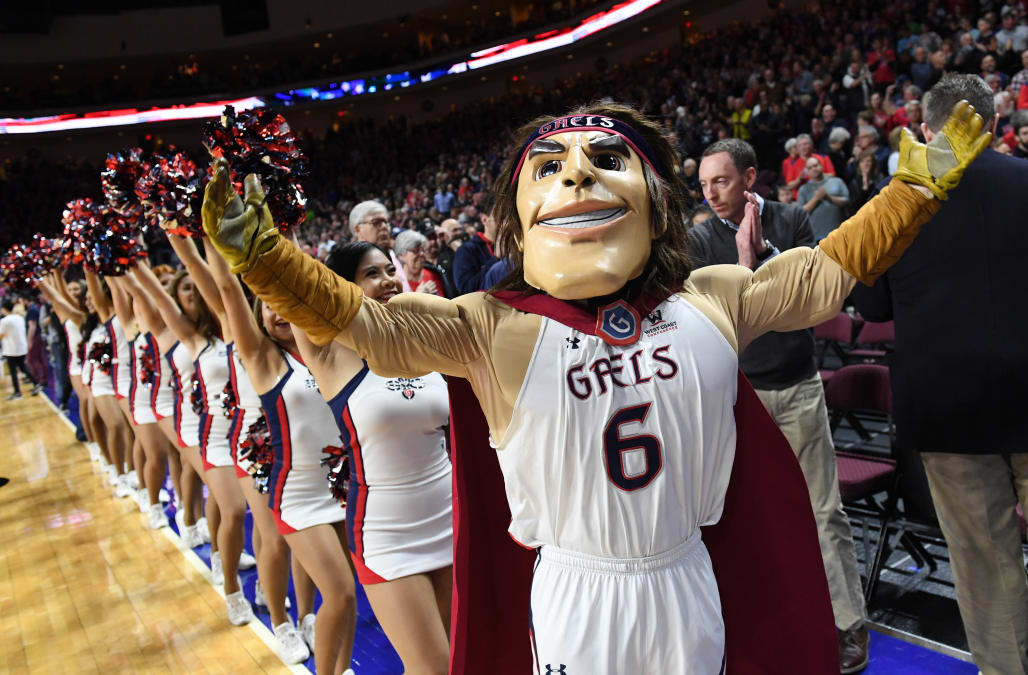 You don't have to love basketball to love March Madness.

In fact, sometimes knowing nothing at all about the tournament's teams can lead you to success. There's a reason it's called "madness"; if filling out a bracket was as easy as just picking the top seeds, everyone would look like geniuses.

A lack of college basketball knowledge doesn't have to keep you from partaking in the fun. There are plenty of alternative strategies casual fans can utilize to fill out their brackets – and maybe even win something.

Everyone has a favorite color, and March Madness is the perfect time for teams to put their colors on display.

If you're a fan of the color blue, you have plenty to choose from in this year's tournament. North Carolina, Duke, Kentucky and Kansas are just a few of the iconic blue jerseys you'll be seeing throughout the month.

Orange will also be a popular pick with teams like Syracuse, Tennessee and Virginia Tech donning the bright shade.

You're also in luck if you love patterns like argyle and checkerboard. Several teams feature those small details on the sides of their jerseys for another pop of color.

Take a look at some of the tournament's best jerseys below:

If you have a favorite animal, chances are you'll be able to find it (or something similar) among the mascots for March Madness teams. Fans of felines have more than enough teams to choose from, including four different Wildcats, the Auburn Tigers and the Cincinnati Bearcats.

Bird aficionados have myriad options as well, ranging from owls to eagles to cardinals all across the bracket.

Or, if you'd rather go a, uh, stranger route, try picking one of the human mascots. Pirates, Gaels and knights don't always translate that well to the hardwood, but giving your opponents nightmares could be a fruitful strategy.

Check out some of this year's best mascots to choose from:

The best March Madness 2019 mascots
IRVINE, CA - FEBRUARY 06: UC Irvine mascot Peter the Anteater has some fun with court-side fans during their men's basketball game against Cal State Fullerton at Bren Events Center in Irvine on Wednesday, February 6, 2019. UC Irvine defeated Cal State Fullerton 60-53. (Photo by Kevin Sullivan/MediaNews Group/Orange County Register via Getty Images)
SALT LAKE CITY, UT - DECEMBER 08: The Utah State mascot Big Blue just before a game between the Weber State Wildcats and the Utah State Aggies on December 08, 2018, at Vivint Smart Smart Home Arena in Salt Lake City, Utah.(Photo by Boyd Ivey/Icon Sportswire via Getty Images)
BROOKLYN, NY - MARCH 14: Saint Louis Billikens mascot during the first half of the Atlantic 10 Tournament second round college basketball game between the St Louis Billikens and the Richmond Spiders on March 14, 2019 at Barclays Center in Brooklyn, NY. (Photo by John Jones/Icon Sportswire via Getty Images)
Jan 19, 2019; Oxford, MS, USA; Mississippi Rebels mascot Tony the Landshark stands behind the court during the second half against the Arkansas Razorbacks at The Pavilion at Ole Miss. Mandatory Credit: Matt Bush-USA TODAY Sports
NORFOLK, VA - MARCH 06: The Old Dominion Monarchs mascot on the floor during a college basketball game against the Southern Miss Golden Eagles at the Ted Constant Convocation Center on March 6, 2019 in Norfolk, Virginia. (Photo by Mitchell Layton/Getty Images) *** Local Caption ***
LAS VEGAS, NEVADA - MARCH 14: The Oregon Ducks mascot The Duck walks on the court with the ball in its mouth during a quarterfinal game of the Pac-12 basketball tournament against the Utah Utes at T-Mobile Arena on March 14, 2019 in Las Vegas, Nevada. (Photo by Ethan Miller/Getty Images)
LAS VEGAS, NEVADA - MARCH 15: The Washington Huskies mascot Harry the Husky plays basketball before a semifinal game of the Pac-12 basketball tournament against the Colorado Buffaloes at T-Mobile Arena on March 15, 2019 in Las Vegas, Nevada. The Huskies defeated the Buffaloes 66-61. (Photo by Ethan Miller/Getty Images)
BROOKLYN, NY - NOVEMBER 19: The Temple Owls Mascot during the first half of the Legends Classic College Basketball Game between the Virginia Commonwealth Rams and the Temple Owls on November 19, 2018 at the Barclays Center in Brooklyn, NY. (Photo by Rich Graessle/Icon Sportswire via Getty Images)
CHARLOTTESVILLE, VA - FEBRUARY 02: Cavman, the Virginia Cavaliers mascot, performs before the start of a game against the Miami Hurricanes at John Paul Jones Arena on February 2, 2019 in Charlottesville, Virginia. (Photo by Ryan M. Kelly/Getty Images)
Mar 11, 2019; Uncasville, CT, USA; The UCF Knights mascot performs during a timeout in the second half during in the women's American Conference Tournament against the UConn Huskies at Mohegan Sun Arena. UConn defeated UCF 66-45. Mandatory Credit: David Butler II-USA TODAY Sports
LAS VEGAS, NEVADA - MARCH 12: The Saint Mary's Gaels mascot and cheerleaders line up on the court before the championship game of the West Coast Conference basketball tournament between the Gaels and the Gonzaga Bulldogs at the Orleans Arena on March 12, 2019 in Las Vegas, Nevada. The Gaels defeated the Bulldogs 60-47. (Photo by Ethan Miller/Getty Images)
Up Next

When all else fails, take advice from the sportsbooks. After all, they are the experts in knowing what could and should happen – and where to put your money.

Title odds for all 68 teams in the tournament were revealed after Selection Sunday, and several double-digit seeds have better chances than you might think.

The most likely upsets of the first round were also released, giving a good look at some teams that could bust your friend's brackets but save yours, if you decide to take the risk.

Regardless of who wins, March Madness is a thrilling time for anyone involved – even if you don't always know what's going on.